Anti-sexploitation lobby group Collective Shout does some smart, and necessary work, opposing the degradation of society. They’re like the ACL, only without “Christian” in their name, so not as cringeworthy. And they’re more focused.

Collective Shout cares about such things as logos.

This is the flag adopted by Greendale Community College in Community. 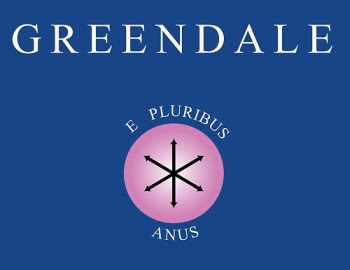 And this is the explanation of the flag, offered in the show.

I can’t look at the Collective Shout logo without being influenced by Community. So I thought I’d be funny. And I dug up that clip from YouTube and tweeted:

The marketing people behind @CollectiveShout need to watch this Community clip and rethink their logo: youtube.com/watch?v=Y6oez0…

I’ll admit I wasn’t expecting much in response. I was, after all, stirring the pot a little, and mostly just showing off pop culture chops… But I got one. And it was snappy, relevant, and put me right in my place. It was from a real person. They weren’t just toeing a party line.

@nm_campbell seen it mate. you might want to alert the Red Hot Chili Peppers too. Same problem.

There were a couple more tweets exchanged following this – but I left way more impressed with Collective Shout than I planned to be, this, people, is how you use social media – they actually do a great job on the social media awareness/activism front, so it doesn’t surprise me that they’ve got someone behind the keyboard who is savvy and engaged enough to produce this sort of response to pseudo-criticism.