Pacman has found a new home. In Russia. 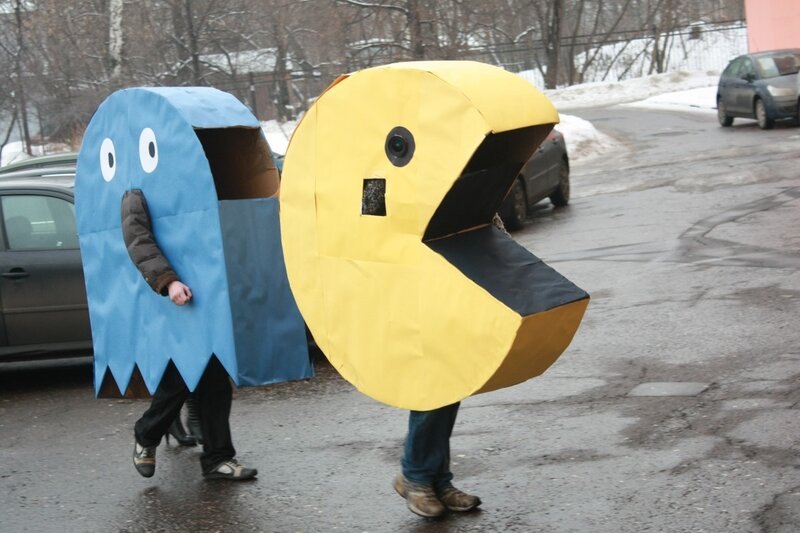 He has been spotted wandering the streets of Russia in cohorts with a blue ghost. Thanks to these Russian bloggers. 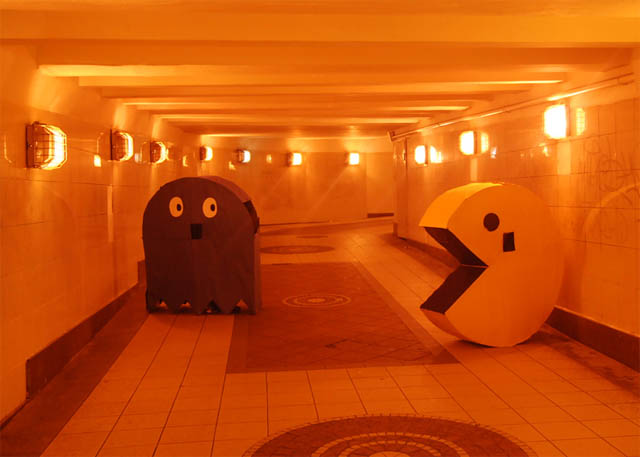 The video is pretty long. But amusing.

The etymological source of their name is quite awesome too. Here’s the story from wikipedia:

“The band’s name was chosen due to the way in which they produced its songs. Tamborello wrote and performed instrumental tracks and then sent the DATs to Gibbard, who edited the song as he saw fit (adding his vocals along the way), sending them back to Tamborello via theUnited States Postal Service.”

They also famously signed a distribution deal with the Postal Service during a legal challenge over their name.

That’s a very long, and tangential introduction to the real purpose of this post – a great collection of silhouette art. It’s clever, and it’s the kind of thing I’d like to hang on my wall. You can buy them as framed prints. Check out my favourites:

You may need to google "steam punk" for this...

Cool art. The artists cast themselves as candles and lit them at the start of the exhibition. I love this sort of destructive installation art. Does anyone more artistic than me know what it’s called? The art of destructive art?

One BILLION DOLLARS. That’s what it looks like people. It’s in $100 notes and is a US billion. Which is different to the rest of the world. So it’s 10 million $100 notes.

The same artist has also stacked up your life* in Rolex hourglass sand.

This is a very very cool site. With a lot of very cool social commentaries as installation art. Including the improvised empathy device that plunges a needle in the arm of the wearer every time a US soldier is killed and transmits name, rank and serial number to its screen, a tea party with blow up fast food mascots racing to explode based on actual consumption in actual stores, a coke detecting robot that identifies coke puddles, sucks them up and coats itself with coke – thus acidically eating through itself, and a pot plant that literally lives or dies on the reputation of the company that sold it.