This is a great Halloween costume. This Soldier’s name is Harrison Jones. And he deserves your admiration.

“Harrison started by picking out the perfect green tarp, then taking it to the hardware store and having them color match a quart of semi-gloss interior latex paint. He then painted the air soft helmet, boots, and gun with several coats of the green paint. Next, he cut out cardboard in an oval shape, painted it green, and used duct tape in a loop to stick to his boots.

As for the uniform, he picked out a long-sleeve shirt and a pair of pants he was willing to sacrifice, and cut them both along the seams. Harrison then spread the chopped shirt and pants out on the tarp, pinned them to the tarp, and cut around the fabric, leaving about a half inch of extra tarp (the sleeves were done separately). He used duct tape to “sew” the tarp back together, leaving half of the tape’s sticky side exposed and putting it on the inside of the seam, and then connecting the matching part of the tarp, adjusting to the right fit.

Possibly not the best skin treatment, but he then painted his hands and face with the same latex paint. I had to ask how that latex paint felt on his skin, and he said, “It was okay as long as I wasn’t in direct sunlight, and after a while it would crack if I smiled or moved my face. It ended up just being able to peel off in warm water.”

So, you didn’t buy me a Christmas present.

Well. It’s not too late. This costume will do. 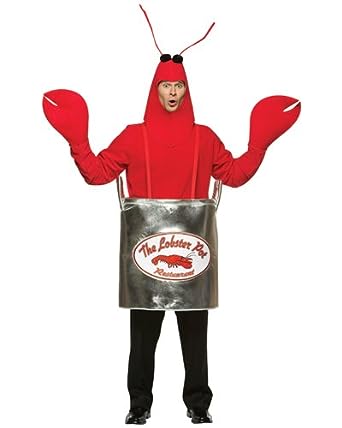 If you buy it for me I will invite you around for dinner. We’ll have seafood. And I’ll wear the costume.

A wearable, playable, Pacman outfit is sure to go down a treat at your next costume party. Halloween was months ago – which shows you how far behind the eight ball I am with posting the stuff in my queue. These are my two favourite costumes form around the blogosphere this year.

First of all there’s this “Roy Lichtenstein” style make up job. 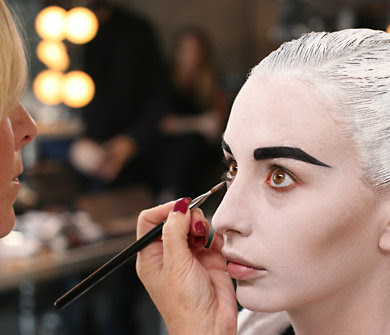 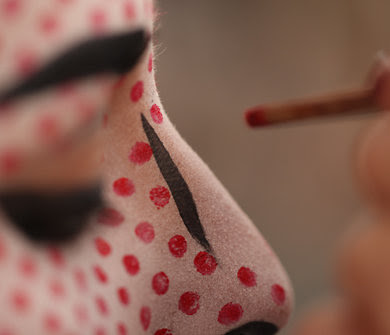 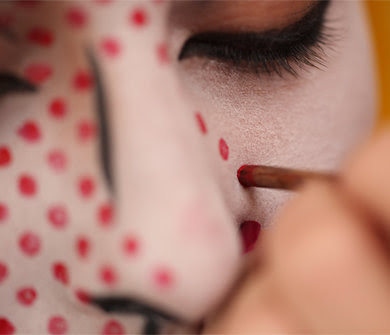 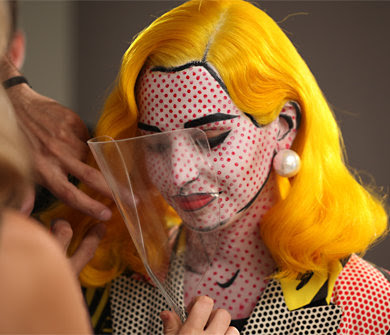 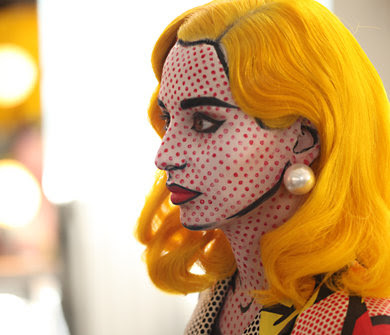 And then there’s this one. The awesome 3D paperhead. Phenomenal. This is quite literally the best fancy dress outfit ever. I say that with confidence because like Warren the word over use watchdog – I hate it when the word literally is abused.