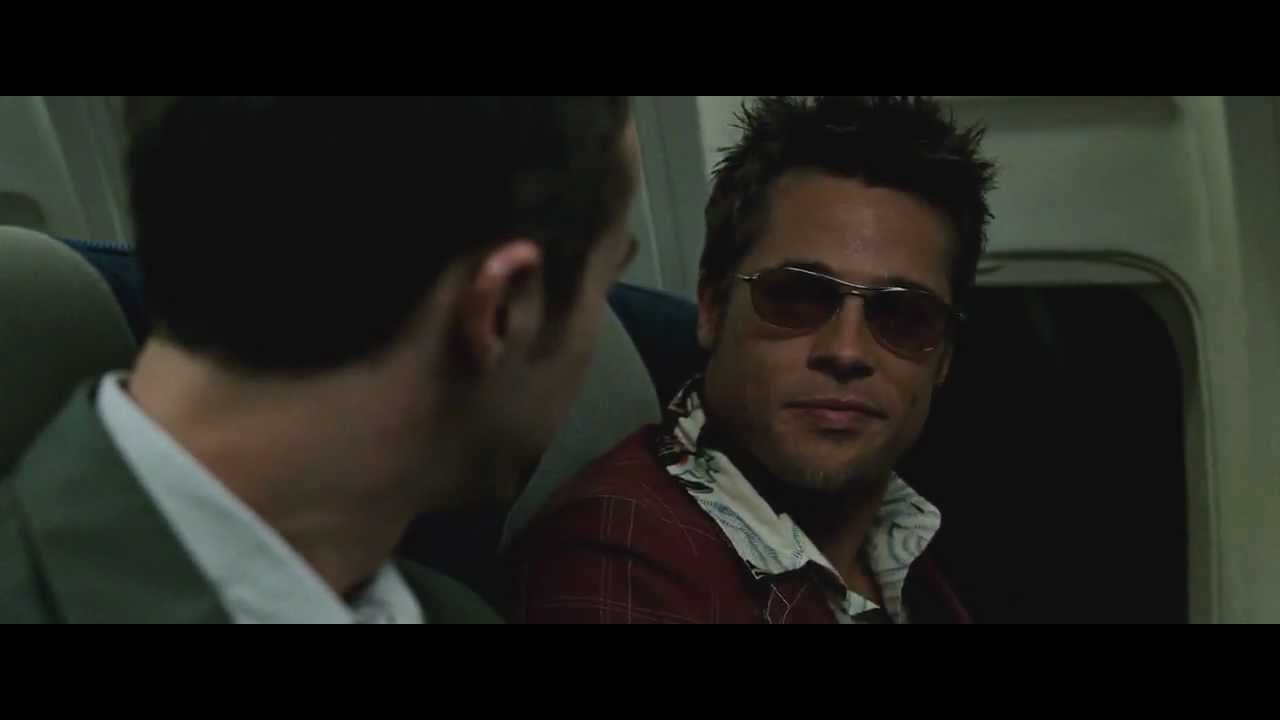 Tyler: An exit-door procedure at 30.000 feet. Mm-hmm. The illusion of safety. You know why the put oxygen masks on planes?
Narrator: So you can breathe.
Tyler: Oxygen gets you high. In a catastrophic emergency, you’re taking giant, panicked breaths. Suddenly you become euphoric, docile, you accept your fate. — Fight Club

The illusion of safety has been torn from us; and I want an oxygen mask and the euphoric docility it promises. I want to forget the world isn’t safe and to go back to my day to day existence free from fear.

That’s seemed harder this week. First the horrible, tragic, nightmare at Dreamworld on the Gold Coast; and then today, this horrific, awful, heartbreaking story of a Brisbane bus driver whose life was suddenly and dramatically taken while he was sitting in his bus at the bus stop on the street of a suburb very close to mine. The thing that gets me about these stories is not just the experience of the victims and their families; but the witnesses. And in the bus story — the helpless passengers on the bus not only had to experience the trauma of witnessing the attack, but 11 were treated for smoke inhalation as a result…

I don’t really want to leave my home. My wife and daughter are travelling by bus today, it’s so easy for me to imagine them, or me, being on the bus when that senseless, deadly, act of violence took place. It’s terrifying. And that’s the point. It’s easy for us to put ourselves in the passenger seats along with those who witnessed the horror; or in the queue for the ride at Dreamworld… I don’t just feel the shock of grief at the random and pointless destruction of human life; but the fear of witnessing something like that. I don’t want to be confronted with death; I want to stay safe… but more than that, as a parent I definitely don’t want my daughters or son being scarred by witnessing this stuff.

I want to keep them safe.

I want to ride safely on the bus, or a theme park ride, but I can’t.

Where are the oxygen masks?

When will they drop down to numb this fear; the thing that confronts us when we face up to death and tragedy. I can only imagine the grief being experienced by the family and friends of those killed on that ride, and the bus driver… We can only imagine it, but that is not to say we don’t feel it, the sorrow, the anger, the sense that something is wrong and the world has changed forever through this loss. The imagination is powerful; its how we are able to empathise, but it’s also what makes us feel fear when the world becomes unsafe.

How do we face these realities so that the fear flees? Where do we go to re-capture the illusion of safety? Where’s our oxygen mask? Is there some way to restore the sense that the world is safe, if not make it safe?

The irony is that roller coasters are a sort of controlled environments; or they’re meant to be; a machine made to help us face our fears while being in control. When I heard the story of the tragedy at Dreamworld I had two responses; first, I remembered my one visit to Dreamworld, as a child, and how much our family loved the particular ride. Second, I remembered this obscure interview about how ride designers design rides as stories that I heard on the ABC radio, and this quote about what rides do:

“They are a choreography of movement and emotion. The best coasters know how to pace themselves and pace the rider; not only for the biggest scream, but the biggest highs and lows… Thrill rides are a safe way to do something slightly, seemingly dangerous, even though they’re not. They’re statistically very safe, but they get you close to the feeling of being out of control; the feeling of falling; the feeling of ‘oh no I’m going to die’… Coasters are ‘fear minus death equals thrill’… ” — Dave Cobb, Roller Coaster Designer on 612 ABC Brisbane in January this year.

Statistically very safe. But not totally safe. Sometimes deadly. Sometimes the ride ends in tragedy. Roller Coasters are ‘storytelling machines’ perhaps especially when the statsWhen you get told the risks involved in any medical procedure or activity it’s always ‘1 in x thousand’ and we just write that risk off, but to borrow a line from The Whitlams, if she’s one in a million, then there are five more just in New South Wales.

We live like the passenger on the plane, with the illusion of safety.

And sometimes that illusion comes crashing down.

Well, when we read the news that illusion comes crashing down.

Death sucks. And I mean that both in the ‘it’s terrible’ sense but also in the ‘it’s a black hole that swallows up things that are good’ sense too.

So what do you do when life confronts you with this news; when it feels like it is rubbing your face in it; when you open your browser to your favourite news site and are confronted with death at a theme park, or the senseless killing of a public servant in the middle of a busy suburban street?

Where do we go to feel safe? Is that even possible?

Where are our oxygen masks?

I think there are two real options. Three if you count denial; but I’m not sure empathy really allows that; the sense that it could’ve been me, or I could’ve witnessed it… if we aren’t eye witnesses any more then the media, and social media, is doing a pretty good job of making it just as though we were there; inviting us to relive the moment and take part in a digital post-mortem. There’s CCTV everywhere — and of both incidents. But there are two options. There’s the Tyler Durden option, and there’s the Jesus option.

There’s another pretty big moment in Fight Club where Tyler Durden is training; and breaking; his anarchist recruits. This speech plays over the montage.

This is Durden’s version of the oxygen mask. It’s meant to buy him an army of soldiers willing to face death in order to ‘live life to the fullest’; at least as his vision of the full life requires; the life lived free from the fear of death, and free from being defined by your possessions; free to experience unfettered pleasure in the moment before death hits.

This is the approach so many of us modern people take; we’ve cut ourselves off from a sense of meaning beyond the material, and beyond ourselves, which means the only way we can face death is pile all the pleasure we can into the moment we have.

That’s probably the best chapter of the Bible that points me somewhere safe; an oxygen mask if you like; when it comes to witnessing the suckiness of death and realising that we’re never really safe from its grasp, it could happen any time, even on experiences that are ‘statistically safe’… this is the Jesus option, the one where death doesn’t have the last say.

This bit of the Bible is a good one to turn to after you’ve read the news.

But Christ has indeed been raised from the dead, the firstfruits of those who have fallen asleep. For since death came through a man, the resurrection of the dead comes also through a man. For as in Adam all die, so in Christ all will be made alive. But each in turn: Christ, the firstfruits; then, when he comes, those who belong to him. Then the end will come, when he hands over the kingdom to God the Father after he has destroyed all dominion, authority and power. For he must reign until he has put all his enemies under his feet. The last enemy to be destroyed is death… — 1 Corinthians 15:20-26

It’s that he believes the truth of this message that allowed Paul to stare death in the face, and to pen these famous words that help us face our own death without the same fear.

Death still hurts. It still has a massive cost for us; and especially for those most proximate to it. We’re not meant to turn a blind eye to the enormity of it, or to its wrongness; the Tyler Durden approach might feel true but it ultimately leads to us being totally disconnected from the tragedy of death in the lives of others… which is why ‘members of Project Mayhem don’t have names’… and where the Narrator rebels from Tyler’s design by insisting that Robert Paulson does have a name; he’s not quite ready as his alter-ego to buffer himself off from the reality of death. Being confronted with the reality of death doesn’t mean simply accepting it and embracing stoic fatalism, but finding ways to grieve with and love our neighbours — perhaps especially as we’re grieved by death together — because we know there’s something fundamentally wrong with death. We should lament, but we should also offer the real oxygen masks because death doesn’t have to have the final say.

That’s why Paul is motivated to share the news of life with people; because we have an answer to the scourge of death.

“Therefore, my dear brothers and sisters, stand firm. Let nothing move you. Always give yourselves fully to the work of the Lord, because you know that your labor in the Lord is not in vain.” — 1 Corinthians 15:58

We’re handing out real oxygen masks; and the safety offered through Jesus isn’t just an illusion. The promise of death’s defeat is caught up with the promise of life without death, and with God. This is the vision of the good life held up by the Bible and the cause we live for in response to death; Tyler had project mayhem a project designed to strip the ‘illusion of safety’ away; leaving us with chaos. We have project re-creation; the opportunity to point people to real safety.

“Look! God’s dwelling place is now among the people, and he will dwell with them. They will be his people, and God himself will be with them and be their God. ‘He will wipe every tear from their eyes. There will be no more death’ or mourning or crying or pain, for the old order of things has passed away.He who was seated on the throne said, “I am making everything new!” Then he said, “Write this down, for these words are trustworthy and true.” — Revelation 21:3-5

The prayer of Christians facing death has been the same since he left, promising to return; the words the Bible finishes with in the book of Revelation.

It’s a prayer that recognises the awful suckiness of death; that it is a broken version of reality and that we are right to hate it and feel its awful weight, but that also recognises that God has an answer to death and he gives it to us through Jesus; the one who died and was raised.

Not just to bring the illusion of safety; or the acceptance of our deathly fate; but to defeat death and truly make us safe from its touch. Both Paul, in 1 Corinthians, and John in Revelation, stake the whole of Christianity on their testimony to the truth of this message. This is where the rubber hits the road.

If you witness or read these news stories, or anything that rips the illusion of safety ripped from your grasp, the place to find it again is in the empty tomb of Jesus and the promise that it is the start of something new happening in the world. Jesus is your oxygen mask, but he doesn’t just offer the illusion of safety; it’s real. I’m betting my life on that anyway.