This is an interesting follow up to the last post on death and the decline of religion. There’s a saying that infuriates atheists – well, at least the ones I read on the Internet – “there are no atheists in the fox holes” – it’s the idea that when confronted with our mortality we turn to God. 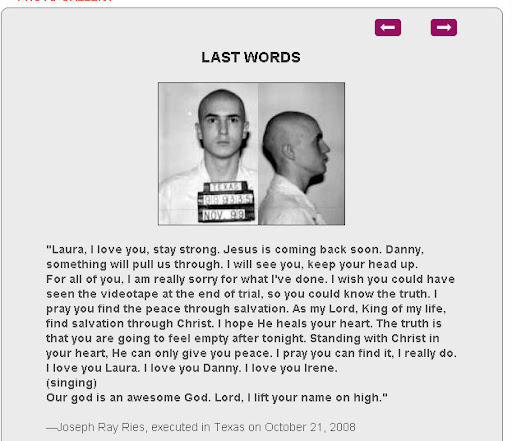 An ABC blogger reckons religion is in decline because nobody is as scared of death any more… his post attracted a bunch of rabid atheists – like any such post on the interwebs does. There aren’t enough rational Christians commenting on these kinds of posts with gospel intent…

“The appeal of the big three monotheistic religions – Judaism, Christianity and Islam – has always been that they offer us a mechanism to deal with death, an accommodation with our inevitable personal extinction.”

The study of religious structures is pretty fascinating. But the idea that religions came about to control people rather than in a search for truth and meaning is pretty insulting to any believer.

“In exchange for living according to a moral code, life can be infinitely prolonged after the death of the body. But for Westerners, death is now further away than ever before. Western science has not yet conquered death, but it has now banished death to a comfortable distance.”

One of the angry atheists in the comments suggested that the God of the Bible is immoral – kind of defeats the purpose of being God if you’re not the arbiter of morality doesn’t it? That statement is not logical.

“This article made no mention of the wealth of evidence and arguments against religion. The immorality of the god of the bible, mohammed, and just the illogical nature of the whole thing.”