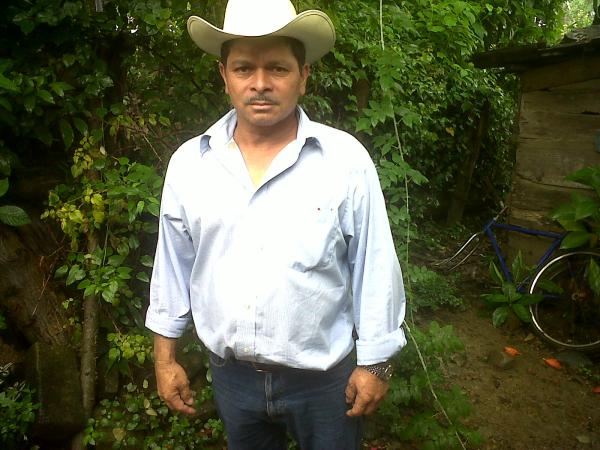 Here’s a little video from Mario courtesy of Fiverr.

This guy spins a stick fast, he’s not so great at reading instructions though… I told him to say hello to readers of St. Eutychus.

This video comes courtesy of Fiverr.com, and cost me $5.

I asked him if he’d do a cooking demo for us (because I want to make a TV show called Ninja Chef), but he declined.

Fiverr is a new website that lets you buy and sell services for $5. A lot of the services offered are pretty fun – and if you’ve got a mad skill that you can churn out pretty quickly those $5 payments probably add up pretty quickly. It’s powered using PayPal. In the interest of putting the service to the test I took up Brojimh’s offer to produce a sermon on the topic of my choosing for $5. And asked him for a sermon on Eutychus. It only took him a couple of hours to produce the work.

Here is the result. $5 well spent.

The Longest Sermon Ever Preached

(Acts 20:7) And upon the first day of the week, when the disciples came together to break bread, Paul preached unto them, ready to depart on the morrow; and continued his speech until midnight.

(8) And there were many lights in the upper chamber, where they were gathered together.

(9) And there sat in a window a certain young man named Eutychus, being fallen into a deep sleep: and as Paul was long preaching, he sunk down with sleep, and fell down from the third loft, and was taken up dead.

(10) And Paul went down, and fell on him, and embracing him said, Trouble not yourselves; for his life is in him.

(11) When he therefore was come up again, and had broken bread, and eaten, and talked a long while, even till break of day, so he departed.

(12) And they brought the young man alive, and were not a little comforted.

I.  The Setting Of The Longest Sermon Ever Preached

(Acts 20:7) And upon the first day of the week, when the disciples came together to break bread, Paul preached unto them,

This occurred around the Jewish Festival of Unleavened Bread.  Paul and Luke stayed in Philippi for the Feast then sailed to Troas for this event.

It was during a holy, religious time for the participants.

(8a) ready to depart on the morrow; and continued his speech until midnight.

It was a very big night for the audience.  This was Paul, the Apostle, who’s reputation preceded him.  It was huge!  Then it became huge as in how long it lasted!

Paul had a lot to say and knew he was leaving the next day so took advantage of the time, plus when you have an apostle, someone of Paul’s caliber, you just let him preach as long as he wants to!

(8b) And there were many lights in the upper chamber, where they were gathered together.

There were many, many people there to hear Paul.  In fact it is safe to assume it was probably over crowded as people piled in the small upper room.

Not only was the weather hot, even at night, but the body heat was tremendous.  Add to that the heat from the candles and torches, and you can just imagine how hot it was!

II.  The Effect Of The Longest Sermon Ever Preached

A.  A Tired Slave

(9a) And there sat in a window a certain young man named Eutychus, being fallen into a deep sleep:

He is sitting here because it was the coolest place he could be.  Trying to get cooled off, the young man sits inside the window frame hoping to take advantage of any breeze.

No wonder he was so sleepy!

It’s also worthy to note here, to expound on their love for Paul and how he got away with preaching that long,  no one even seemed to notice the young man falling asleep.  Everyone was so riveted to Paul, so locked in to the Apostle

B.  A Terminated Sleeper

(9b) and as Paul was long preaching, he sunk down with sleep, and fell down from the third loft, and was taken up dead.

We’ve all been there.  In school, at work or even, (GASP) at church.  That point where the eyelids become heavy as iron, the vision becomes blurry, the eyes begin to burn, the head begins to nod and the speaker’s monotone voice becomes a lullaby as it slowly slips away in the darkness of our closed eyes . . . and then . . . we jerk our head up and look around hoping no one saw us.  Then we move around, change position and try to stay awake again.

(10) And Paul went down, and fell on him, and embracing him said, Trouble not yourselves; for his life is in him.

Paul, obviously reacting to the noise and crowd interrupting his sermon, sees what is happening and runs down to the young man.

He begins to check him out, and, seeing he was dead (as Luke made it clear in the previous verse and really, who would know better than Dr. Luke?), embracef him and then felt God’s presence and realized that the young man would be brought back to life.

Probably in most settings, with most people saying what Paul said (Trouble not yourselves; for his life is in him.) would have caused the people to consider stoning him or at least putting him out.  But this is Paul. . .they let him preach till at least midnight. . . who knows how long he would have gone on if this young man had not fallen.

Also, when Paul tells the crowd “Trouble not yourselves,”  he is responding to the crowds reaction to the devastating event.  The crowd became almost hysterical.  Yelling and wailing, all things that Paul wanted to avoid happening so he tries to cut it off with words of encouragement to assure them that the reaction elicited was not needed.  We know that because he uses the word “thorubeomai” (translated “Trouble not yourselves).  That is the same Greek word he used in trying to calm and quiet down the mob in Thessolonica (Acts 17:5)

III.  The Legacy Of The Longest Sermon Ever Preached

A.  Eating With A Dead Man And A Preacher

(11a) When he therefore was come up again, and had broken bread, and eaten,

Paul understood the enormity of what had just happened, the psyche of the people and that his sermon was now over.

Instead of expounding on what happened or turning it into a lesson/sermon, he instead turned his attention to what was best for the crowd physically and emotionally.  They need time to process this event.  They also need rest and recuperation.

Luke lets us know that Paul changed his tone and verbiage to a more solemn tone.  He uses the word “talk” translated from the Greek word “homileo” which means homily, which means solemn and serious.

This is the same word used to describe the conversation between the two disciples on the Emmaus Rd. after the death of Christ. In the 24th chapter of Luke.

B.  Enjoying A Dedicated Man And A Pastor

(11b) and talked a long while, even till break of day, so he departed.

Paul stayed as long as he could.  I’m sure not only enjoying the company of Eutychus, but wanting to watch him as well.  I can only imagine how I would react to someone brought back from the dead.  I would have lots of questions and be in awe!

This young man, I’m sure quickly got saved, if he wasn’t already, and became instantly one of the most devoted Christians in the town.

C.  Enduring A Dreadful Matter And A Phenomenon

(12) And they brought the young man alive, and were not a little comforted.

Everyone was comforted and exhorted by the young man’s amazing and instant recovery!  Also, there is no telling how many people gave their lives to Christ because of this event.