New Zealand is a dangerous country – filled with opportunities for the daring to get their adrenalin pumping at a price. Free, as it turns out. I can’t understand why people will fork out big dollars for some “extreme sports” action when you could just come for a simple bushwalk with us. We are able to turn even the tamest activity into a real chance for death. Lesson learned. Don’t wear thongs on a bushwalk. Especially on rocky crags overhanging deadly ravines. More on that later.

We arrived in Picton having only visited one winery on our merry winery adventure. Wineries it seems, like everything else in New Zealand, close at 5pm. I don’t understand why tourist attractions like wineries don’t stay open to capitalize on those of us who are driving around enjoying the sunshine.

Our one and only winery pit stop was the Yealands Estate winery just outside Blenheim.

It’s about as close to brand new as you can get – and it’s a significant development. The storage facilities on site will hold over 3 million litres of wine at various stages of the production process – the vineyards will produce grapes capable of producing at least that much wine per crop.

I’m no wine drinker – and I have no idea about the scale of the average winery, but this one seemed big by comparison to those we drove past.

Our helpful British guide, Hayley, took us through the inner workings of the winery – including a cool “science” room complete with test tubes, beakers and an alcohol tester for the winemakers to fine tune their drop. 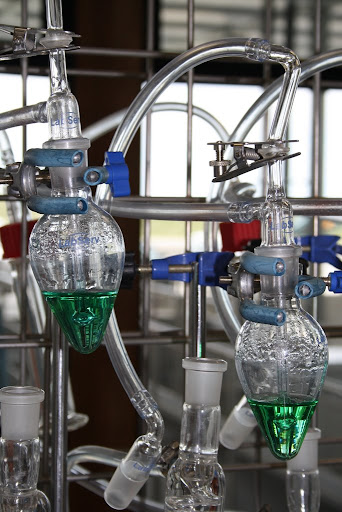 After the tour of the facilities we made our way to the “cellar door” for a tasting session. If I ran a winery my tasting bench would be an actual door – it’s odd that “cellar door” now just means wine bar in a winery, although to be fair the Yealands Cellar Door is in a temperature controlled “cellar” where they’re storing a bit of wine. 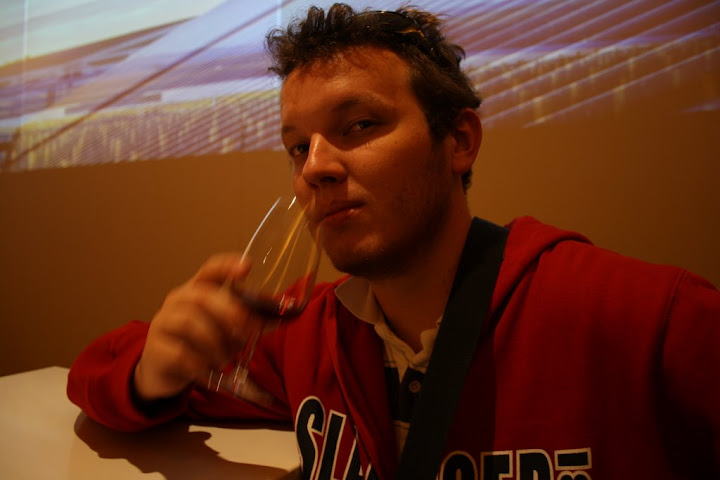 The Yealands Estate Sauvingon Blanc was the favoured drop of most in our party. It lived up to what are often very loose aromatic descriptors.
Having sampled six of their best we hit the road to Picton. Picton is a nice little harbour town, complete with marina. It’s quite picturesque, and after our holiday park cooked (as opposed to home cooked) Lamb curry we decided to head towards a nearby lookout for some happy snaps and post food induced exercise. 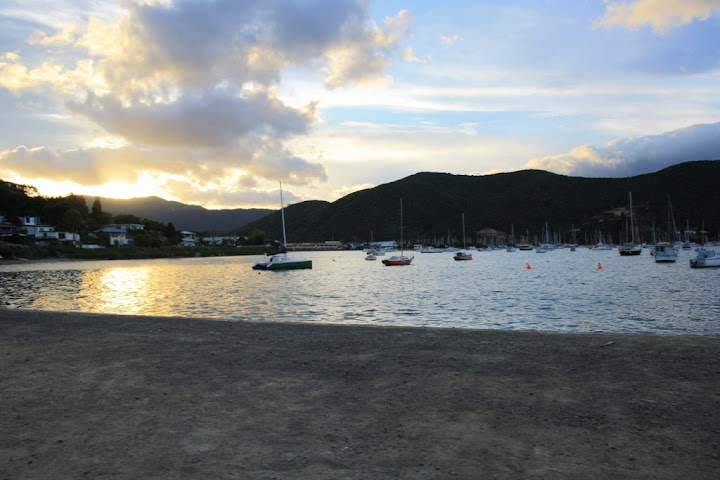 The lookout was nice enough – and offered a walking track with some genuine Maori culture – as signified by the totem pole at the entry.

Feeling adventurous we hit the footpath. Things were tame enough – we stopped in the foundations of some old Maori dwellings for a group photo and decided to head to the signposted beach before turning back.

Coming to a fork in the path we chose to head to the right – a path fraught with danger. Narrow. Rocky. Sandy. Slippery. We could only manage single file on the trip down – and the road led to a very narrow strip of rock, already occupied by some local fishermen (or fisherboys). We turned to head back, and after taking just a few paces up the track Robyn’s thongs gave out under her. She slipped. Fiona was right behind her. I was next. I looked up to see her on the ground. What I didn’t at first realise was that only her torso was on the ground – the rest of her was hanging off the side of the precipice. As she clamoured to get up the ground underneath her gave way and she was left hanging on by her forearms, legs pawing at empty air. Fiona helped her scramble up the rocks – and we were both left shaken, not stirred.


I was probably more shaken than she was – I’m quite attached to my lovely wifey. In my mind I was thinking of all the disaster stories you read where people meet their untimely demise while on holidays. She’s fine. Although she is sporting a new flesh wound on her already injured (at home playing indoor soccer) toe. 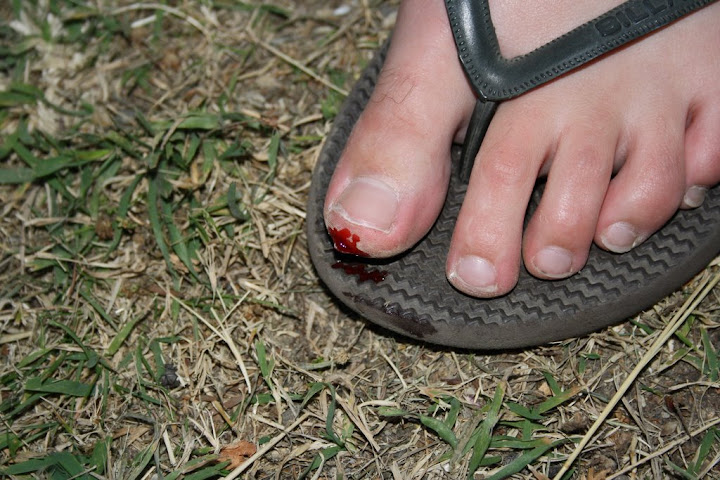 This morning we said farewell to our travel buddies – and picked up our own downsized hire car. The farewell was done in a style typical of my holiday accounts – over coffee, at a great café in Picton called Gusto. Robyn voted it the best coffee of the trip so far – I put it slightly behind Kaikoura’s Sugar. The French toast with bacon, banana and berries was absolutely sensational – with the toast component a perfectly sliced French stick and the bacon cooked to just the right side of crispy. 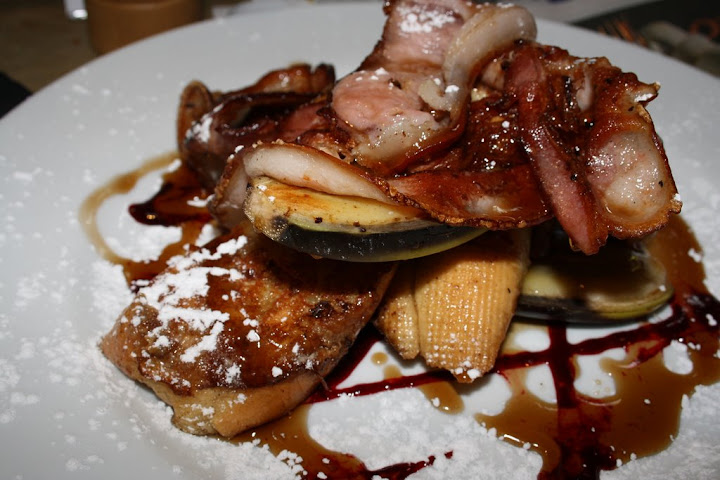 Robyn voted her ham, brie and tomato croissant the best croissant she’s ever had. Gusto was a win. Farewelling our traveling companions was a loss. We really enjoyed our time with them and continuing our holiday solo style is bittersweet. We cranked out the miles today though – to ensure the separation is more than just a separation in spirit – they’ve left for Wellington by boat, while we drove eight hours to Franz Josef before glacier walking at the Fox Glacier tomorrow morning.
Scroll to Top