I am a pretty big Radiohead fan. I am thrilled to be going to see them in Brisbane at the end of this year. But I can understand the substance of Westboro Baptist’s assessment, which they put forward when justifying a protest at one of their shows this week.

This is actually a pretty culturally engaged assessment. For many years Radiohead have used this little critter as their emblem. Unfortunately for Westboro it’s a bear, not a monkey. Here’s some more that is wrong with Radiohead. Or at least, more that Radiohead’s continued success in their post-melodic era.

“Meanwhile, God is undoing this nation and effecting all of your lives, with the moth that quietly eats the very fabric of your national garment. Radiohead is just such an event.”

And so, here is the Phelps family, with hangers on, outside Radiohead’s show in Kansas (via Pitchfork). 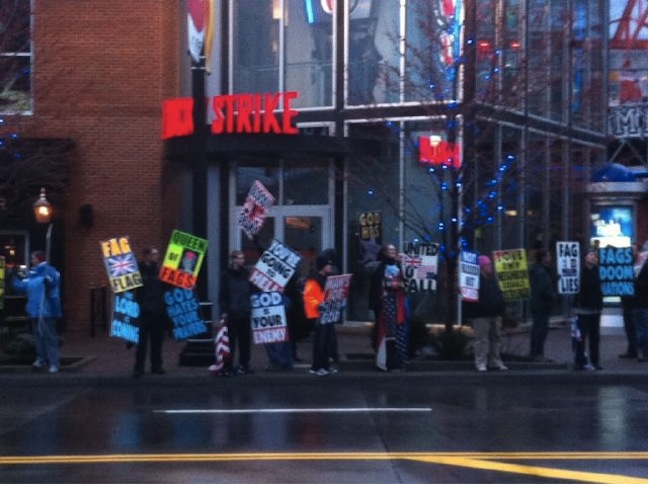