Day two of our New Zealand adventure (we’re now on day three for those who came in late…) saw us hit the road in our Mitsubishi 4WD hire car. We travelled from Christchurch to Arthur’s Pass stopping for an unexplainable number of one lane bridges. Seriously. How hard is it to build a two lane bridge?

Driving out of Christchurch past a number of farms we were struck by New Zealand’s fencing method of choice – a large hedge. We’d noticed it from the air coming in. Every farm we went past had hedged boundaries. It looks cool from the air – but more impressive on land. Speculation as to why they’re there came up with a number of nefarious solutions – probably the pick of the bunch was that they were actually “smack farms” where parents could go to punish unruly progeny. Smacking is illegal in New Zealand.

The other thing I noticed (other than the rolling hills, mountains, creeks, lakes and valleys) was that New Zealand – or at least this stretch of road (and the stretch travelled today) has a lack of roadside advertising. There were no billboards. None. I wonder if this is a result of legislation – or just because there aren’t that many people interested in advertising. I suspect the former. Given tourism’s significant slice of the economic pie in New Zealand I suspect there are a number of “keep New Zealand beautiful” strategies – possibly including a ban on billboards. I’ll look that up later.

It was very cold yesterday – the car’s thermometer had the outdoor temperature hovering around the 10 degree mark – I don’t think that took wind chill factor into account. It was cold. 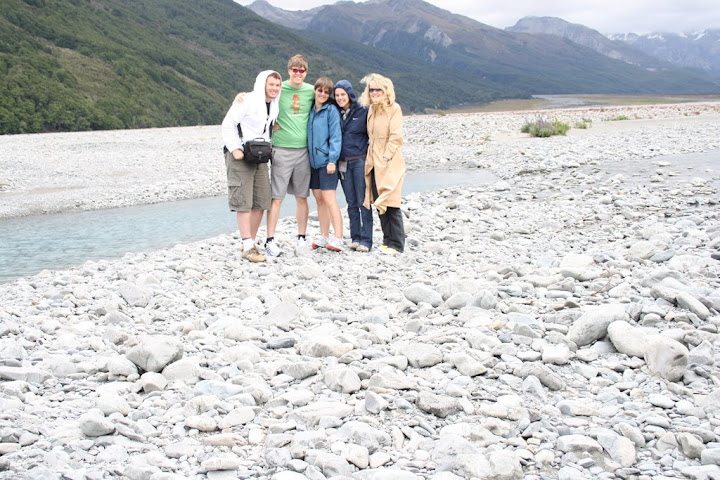 Coffee enroute came courtesy of a small cottage cafe called “Espress yourself” – I am of the opinion that there is a very limited number of coffee puns appropriate for cafes.

By the time we got there I was deep into caffeine withdrawal. The headache was a killer. I ordered a bowl of coffee.


Robyn scored the coffee here a 6/10 I think. She’s pretty fussy these days. We’ve had her doing video reviews at each stop – but she won’t let me post them online. 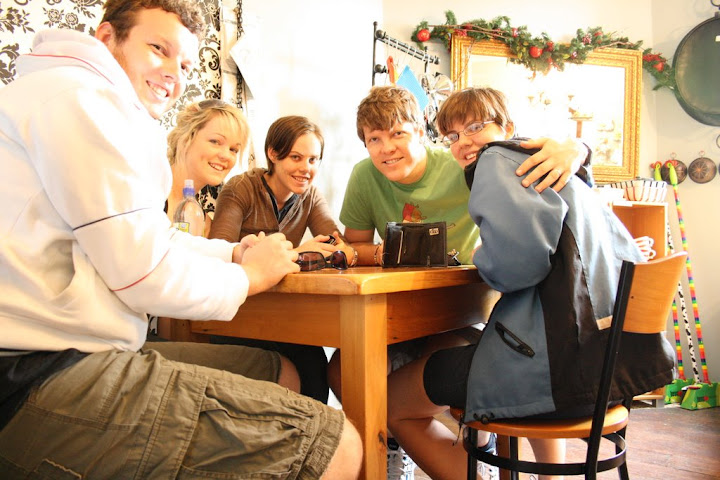 Today sees us in Hamner Springs – where the other four have taken a horse trek. While I, not relishing the thought of four days of post horse pain, have chosen to explore the little village – and here I sit, posting this. I should probably go collect the others now.