how to remove coffee husks

I was all set to roast the beans at the end of step two (which followed step one).

And doing so would probably have proved disastrous. The husks were still on. That would have thrown out all my roasting calculations and I probably would have set the beans on fire in my roaster. This DPI article was useful. Although it suggested storing the dry beans in a sack for two weeks before continuing with the hulling process (which may have saved me significant time).

Removing the husks proved to be the most time consuming process to date – and the most mechanised. Even with the help of modern technology (a food processor) the process require sorting through every bean by hand and often removing either flakes of husk or the whole husk – depending on how effectively the food processor had worked on the individual bean.

I started shelling the beans by hand – as though they were peanuts. 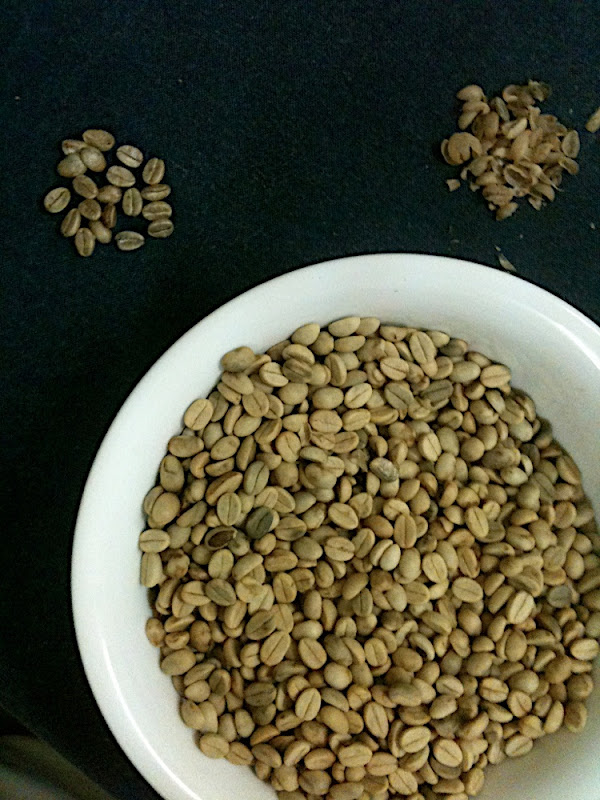 Before turning to the food processor. The plastic blades (recommended by the DPI) took too long – and the beans probably did more damage to the blades than the blades did to the beans. So I switched to the metal ones. This process was very loud. I started at about 11.30pm, and then decided our neighbours might not appreciate the machine gun like sound.

I enlisted some help, and even with these three dedicated shellers the process took about two hours. 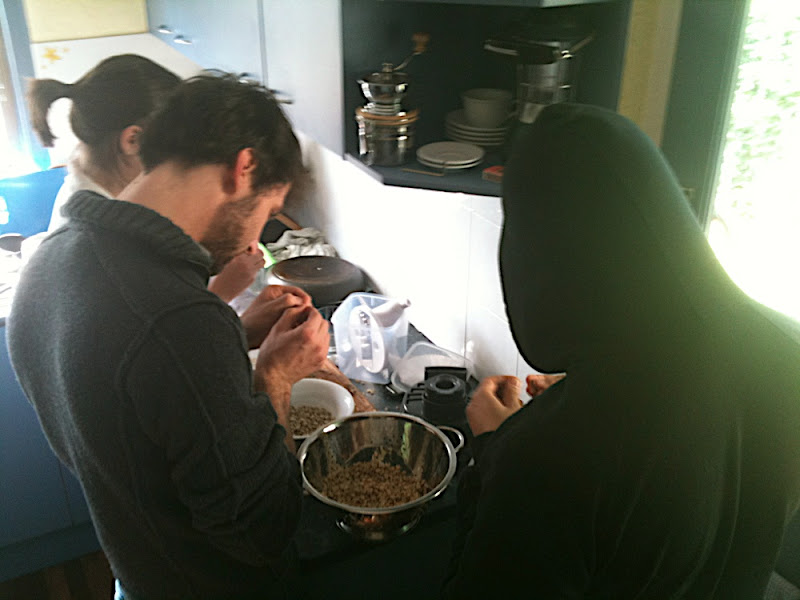 These beans (approx 430gm worth) are now roast ready, but they’ll lose another 20% of their weight in the roast – so I’m going to end up with around 350gm of roasted coffee for my troubles. 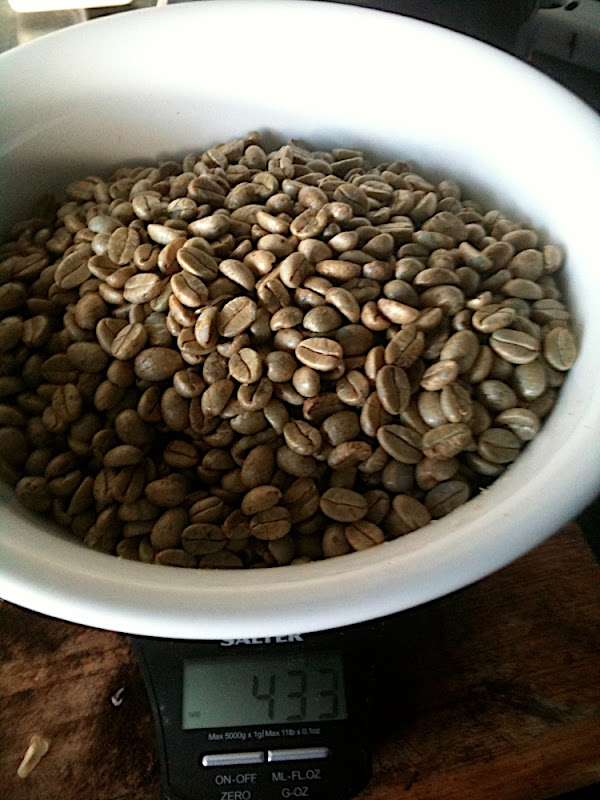