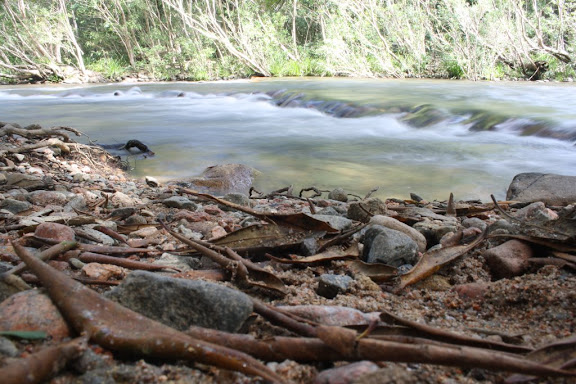 Camping may not be my cup of tea (tea is for the weak) generally speaking, but there are some really nice, slightly off the beaten track, camping spots in North Queensland that are worth checking out. So much so that Robyn and I purchased a tent today from Anaconda. Almost half price. 10 man. The size of a small house (or caravan). It’s a very limited tent special, and it was a bargain.

The location for this particular camp was the Broadwater National Park, Abergowie, somewhere near Ingham and the Cardwell Range. 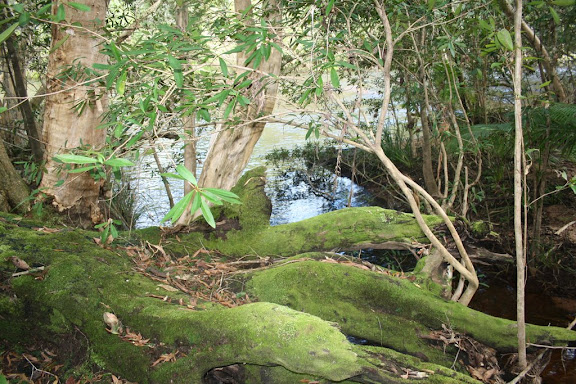 Also, and I didn’t take a photo of myself doing this, camping is infinitely more bearable with the right equipment – a gas stove, a hand cranked coffee grinder, a stove top espresso maker and some freshly roasted Brazilian coffee beans.

A long time ago (last week) in a region far far away (depending on your point of reference) a lone hero took on the last vestiges of conflicts past (World War 2) transferring a group of former foes (Germans and Italians (Nazis and Fascists*)) with mastery of the quill, and makers of metallurgically sound nouns, verbs and participles (wordsmiths anyone?) on the great worldwide anvil (the media) around the sub-wet-tropical region of North Queensland (Townsville is positioned slightly below the wet tropics but still tropically temperate). Or in common parlance – I hosted a group of international journalists on a trip through North Queensland. This was less than fun. Driving a car full of people who choose to speak a foreign language so as to ostracise you from the conversation is incredibly frustrating – particularly when they only break into English to pass on complaints or criticism and the odd mangled witticism when curious looks arise following sporadic bursts of laughter.

The already “sterling” experience was only heightened by the drama involved with itineraries being altogether unperused by vital third parties to the plan – rendering geographical impossibilities as points of undue duress and much stress for those involved. I took this group of journalists 120 kilometres north of Townsville to the town of Ingham where they were to make a lunch time rendezvous with the QR Sunlander service carrying the expedition further into the bowels of the northern nether regions of Queensland. Unfortunately QR expected us to allow said intrepid reporters to depart from Townsville and informed us of this necessity some 30 minutes before the train was set to lurch out of the Townsville station – an hour and a half’s drive from Ingham. After making scurrilous threats regarding my potential well being QR acquiesced to my demands and allowed the drop off to occur in the Italian art deco township meaning the journalists in question missed out on a gala seafood lunch prepared in advance on board the locomotive.

Kudos to Augie March for taking out the Hottest 100 for this year – and to my trivia team “Boned by Eddie” for our tied first place at the pub last night. You can read more about that at Tim’s blog. I’m told Joe’s blog will touch on today’s flashpoint issues of climate change and fundamentalist Islam – and a controversial link between the two – in the very near future, so stay tuned for that. In the mean time please heckle him for his Bush fuelled antics.

* Apologies for the gross stereotypical generalisations.