This is a pretty candid interview with Rob Janoff, the guy who designed the Apple logo, where he debunks a bunch of rumours – like any connection with the garden of Eden.

“Well, I’m probably the least religious person, so Adam and Eve didn’t have anything to do with it… I designed it with a bite for scale, so people get that it was an apple not a cherry. Also it was kind of iconic about taking a bite out of an apple. Something that everyone can experience. It goes across cultures. If anybody ever had an apple he probably bitten into it and that’s what you get. It was after I designed it, that my creative director told me: “Well you know, there is a computer term called byte”. And I was like: “You’re kidding!” So, it was like perfect, but it was coincidental that it was also a computer term. At the time I had to be told everything about basic computer terms.”

Staying edgy when you’re already out on the edge as the “caped crusader” is pretty tough. Here’s a chart of Batman’s attempts at “relevance” or “contextualisation.” Who says you shouldn’t change your logo with the times… (other than Superman).

Here’s a video identifying when and what versions led to the changes.

Does your logo feature clipart? Or wordart? Maybe you need an update… 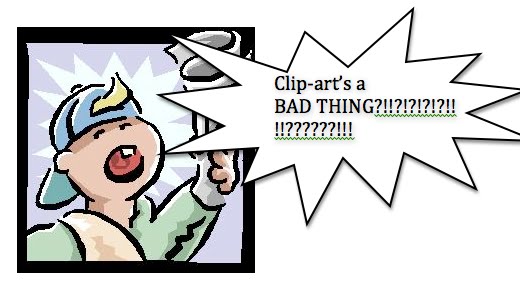 I actually wouldn’t mind a world where every logo had to be produced using Helvetica. A vision put to the test here.

Just over a week ago I posted a link to a Flickr set of endings from movies. It seems fitting then, that I direct you to this website dedicated to opening scenes. A while back, in my blogging hiatus, I read about this guy named Saul Bass – a famous title scene creator – who also designed a bunch of famous corporate logos. I can’t see any of his work on this particular site though – so he’s only relevant because he’s a kind of cool guy.