It’s not exactly “Fancy Fast Food” – because it’s not taking the food and repurposing it into something a little bit fancy. But this DIY McRib looks pretty tasty.

“After a quick trip to McD’s, I broke the sandwich down. A very standard-issue six-inch white-flour roll with a dusting of cornmeal on top, lightly toasted. A scattering of raw white onion slivers, which add flavor and crunch. Exactly two dill pickle slices — not three, not five, just two. A slathering of sweet, tangy, tomato-based barbecue sauce with hints of smoke, almost St. Louis style. And the heart of the sandwich, a boneless, flavorless pork patty preformed to look sort of rib-ish, with ridges implying a rack of baby backs. (I have to admit that, to its credit, the meat was terrifically moist, which is probably due to the amount of fat in there.)

Starting with that fatty cut of pork, I decided to reinterpret the McRib using pork belly, which, over the course of a three-hour braise, turns from a three-pound cut into something like the preformed pork patty’s blindingly spectacular cousin. While it cooked, I made a quick pickle and a simple barbecue sauce from scratch, and sliced some red onions — sweeter than the white — to add even more crunch. I stuck with store-bought rolls, but you could easily up the homemade factor and make your own basic white sandwich roll or go really indulgent with a brioche. Sure, it might take a little more time than simply popping down to your local McDonald’s for a McRib, but you’ll never have to worry about whether it’s been taken off the menu.”

This is a fantastic ad.

But you know who are the burger experts. Fergburger, Queenstown, New Zealand.

Since my year of no fast food ended on the first of July I have had the chance to try several of the Grand/Mighty Angus burgers, and I’ve got to say, they are pretty fantastic.

But not as good as the McRib. Which I tried in Singapore. The McRib is a menu enigma. There’s even a web page devoted to its appearance around the globe. 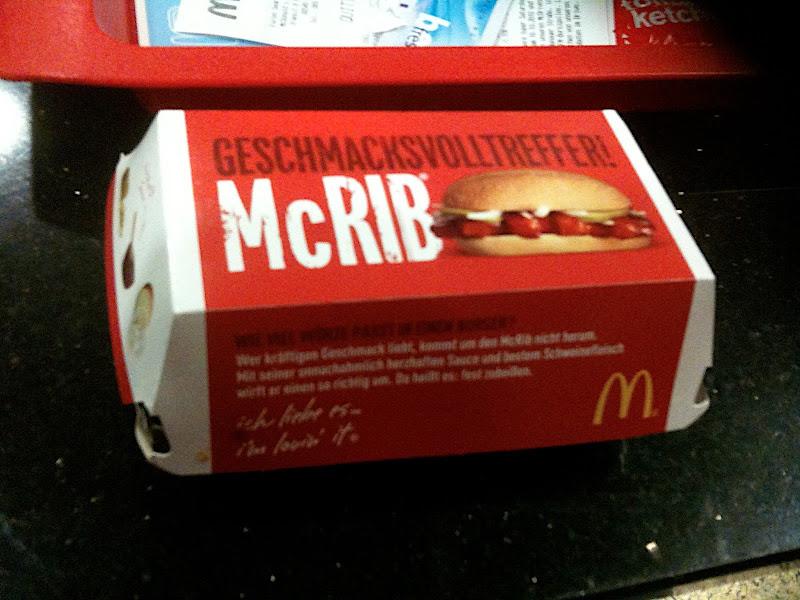 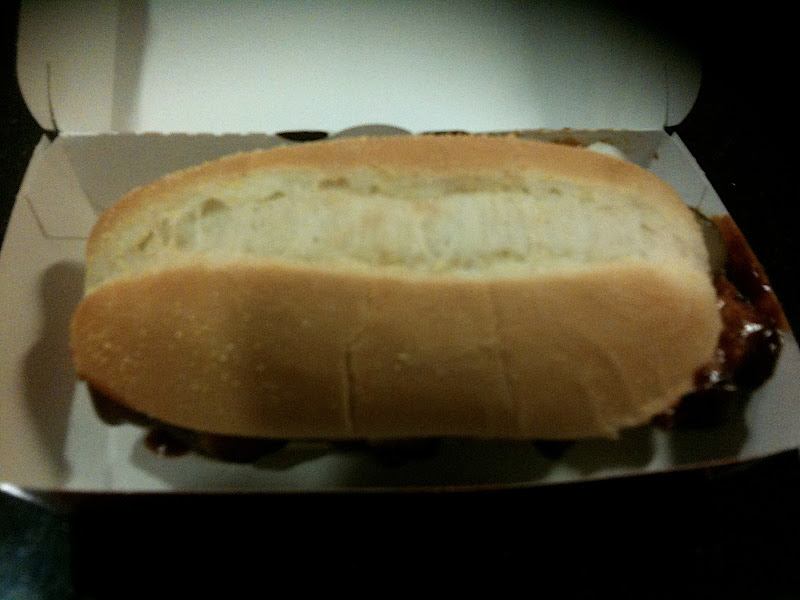