I just saw the first Mormon ad to feature high profile league player, and grand final winner with the mighty Manly Warringah Sea Eagles, Will Hopoate. Sharp. They’re a great ad for Manly. And, like all the ads in this campaign, are visually appealing and tightly produced.

There was a higher profile League star than Hopoate – Dizzy Izzy Folau. Israel has been out of the spotlight in the last year because he made a big money switch to AFL. To a team that doesn’t exist yet.

Luckily the Mormons didn’t feature Israel in their ads. Because he recently turned his back on the cult, publicly, during this campaign.

And here’s what he had to say… and that, friends, is how to harpoon a campaign.

“I had a personal experience with the holy spirit touching my heart,” Folau told AAP.

“I’ve never felt that before while I was involved in the Mormon church – until I came to the AOG church and accepted Christ.

“It’s been an amazing experience for me personally and I know a lot of people on the outside have been saying stuff about why we left.

“And some people (are) assuming that we left because of money, and all that sort of stuff.

“I know for myself that it wasn’t.

“But I guess at the moment, the people on the outside don’t really know the main reason why we left.”

The 22-year-old instigated the change himself after researching the history of Mormonism, and said the move was easy to make.

Folau’s friends have been understanding and supportive for the most part, but he admits it has been hard on a few of them.

God will play a large role in Folau’s life as he attempts to secure a berth in the Giants’ side for their season opener against Sydney.

The creators of South Park, Trey Parker and Matt Stone, have always had a soft spot for Mormons. Because lets face it. There’s comedy to be had in people who wear magic undergarments and believe all sorts of funny supernatural stuff. They made a musical. A Broadway Musical. And one of the songs was performed at the Tony Awards this week.

I felt a little uncomfortable at the idea of ridiculing about 30% of the things Mormons believe. I felt like the song was having a dig at all Christians. And then I thought about it. While Mormons are theists who embrace the God of the Bible, they’re also an incredibly wacky and dangerous cult. And it’s right to ridicule some of their beliefs so that people steer clear of them. I can’t understand why anybody who is not an incredibly patriotic American falls for Mormon theology. Though I’d like to believe I get my own planet. So maybe that’s it.

The Gruen Transfer last night (or tonight if you caught it on ABC 2) had a segment on how religion uses advertising.

They looked at the Jesus: All About Life TV ad from last year.

Todd Samson reckons the Jesus is cool, the church is bad thing was based on sound research – but that the church is let down by the “retail experience” which is church. He reckons Hillsong has done this well.

One of the other panelists made a point that preaching to the converted is a valid and necessary function of advertising.

The next ad was a Scientology spot. “Know yourself, know life” – it was, in the words of one of the panelists “pure motivational speech,” and it didn’t feature any ugly people.

Todd says religions have traditionally been about community. And the scientology ad tries to capture that.

The next spot was a Scientology ad featuring Tom Cruise – for people within the cult. Russel calls Tom Cruise a total “brain smashing” advantage for the converted Scientology people. He says “aspiration is so important in branding” and celebrity endorsements are a key part of that. Todd says it’s “influencing the influencers.”

The Mormons had a really weird ad that tapped into familial guilt. A little girl asks her mum to go rollerskating with her, she says no, the precocious kid reminds her that she’ll grow up to be a disconnected teenager. One of the Gruen panellists said the whole thing looked plastic, was horribly out of touch, and that it was pretty awful.

Then my favourite. Answers in Genesis. With the kid in a singlet with a pistol. Wil Anderson quips “Are you feeling Godly Punk?” – “will scaring people into religion help?” Todd quips “I thought that’s what Hell was for.”

Todd says religious advertising is run most often in tough times. Todd has an impressive grasp of the argument Answers in Genesis is making about evolution and morality. He calls it an awful piece of communication. They are preaching to the converted. Fear is good at keeping people in, but not attracting people in.

If you missed the episode check out this advert for Australian Christian television:

I’m writing an essay on violence in the Old Testament tonight. I’m interacting a little with the way violence has been interpreted by the “new atheists” – this review of Hitchen’s God is Not Great is fantastic fodder for anybody confronted with one of his raving disciples… it addresses his erroneous treatment of the Bible from Genesis to Jesus – and I reckon it’s just as good as Eagleton’s famous review of Dawkins.

Eagleton is famously a Marxist Catholic (and possibly agnostic), while William Hamblin, who wrote this review, is a Mormon professor of Ancient History. But you know, the enemy of me enemy and all that…

Here are some good bits… it’s quite a long article.

It is not just the early Iron Age science of the Bible that Hitchens finds offensive. The morality of the Bible, which many feel is foundational to Western civilization, is to Hitchens pure barbarism. But when we read Hitchens’s claim concerning “the pitiless teachings of the god of Moses, who never mentions human solidarity and compassion at all” (p. 100), we are left to wonder if Hitchens has read the Bible he despises with any degree of earnestness whatsoever. The Hebrew Bible speaks frequently of God’s compassion and his enduring “loving-kindness” or “steadfast love.” When Christ taught, “Love your neighbor as yourself” (Matthew 22:39), he was, in fact, quoting the Hebrew Bible (Leviticus 19:18; see Zechariah 7:8). Furthermore, the law insists that Israelites must have compassion for foreigners as well for their own kinsmen (Exodus 22:21; Leviticus 19:34; Deuteronomy 10:19). The prophet Hosea likewise taught that God preferred “steadfast love” over “sacrifice” (Hosea 6:6). The teaching of Hosea 6:6 is commonplace throughout the Hebrew Bible, representing a standard component of Jewish temple theology.

For Hitchens the principles found in the law of Moses tend to be either transparently obvious (pp. 99–100) or barbarically “demented pronouncements” (p. 106). He objects to all sorts of things in the law, such as the “insanely detailed regulations governing oxes [sic]” (p. 100), which go on for an astonishing five verses (Exodus 21:28–32)! Actually, by ancient standards—for instance, when compared to the fourteen oxen regulations in Hammurabi’s Code—this is notably succinct. Considering that oxen were a major form of transportation in early agrarian Near Eastern societies, it is reasonable to expect some regulations about them; but, even if superfluous, there is nothing “insanely detailed” about it, especially when compared to our modern laws concerning vehicular manslaughter—probably the closest modern analogy. Hitchens really has no substantive point here beyond mere rhetorical bombast.

Hitchens’s view of the Sabbath commandment as “a sharp reminder to keep working and only to relax when the absolutist says so” (p. 99) again fails to contextualize the text. In its ancient setting it should be seen as a progressive and humanitarian regulation ensuring that rulers and masters gave their slaves and laborers a day of rest (Exodus 20:10)—a practice that is apparently original to the Israelites—rather than forcing them to work unremittingly. Though it goes unacknowledged, Hitchens owes his weekends and also the concept of a “right” to leisure to the God of Israel—no thanks required. Only by rhetorical sleight of hand can Hitchens try to turn this blessing into an act of supposed tyranny.

Hitchens’s overall disdain for the life of Jesus is reflected in the fact that he can’t be bothered to even get basic biblical chronology straight. “Even the stoutest defenders of the Bible story,” he assures us, “now admit that if Jesus was ever born it wasn’t until at least AD 4” (pp. 59–60). They do? He has obviously been reading different “stout defenders” of the Bible story than I have. The Gospel narratives agree that Jesus was born during the lifetime of Herod the Great (Matthew 2:1; Luke 1:5), who died in 4 BC.

He consistently misrepresents what the Bible has to say, fails to contextualize biblical narratives in their original historical settings, implies unanimity among biblical scholars on quite controversial positions, and fails to provide any evidence for alternative scholarly positions, or even to acknowledge that such positions exist at all. In reality, biblical studies is a complicated field, with a wide range of subtle nuances and different interpretations; for Hitchens, it is sufficient to dismiss the most extreme, literalistic, and inerrantist interpretations of the Bible to demonstrate not only that the Bible itself is thoroughly flawed, false, and poisonous but that God does not exist. 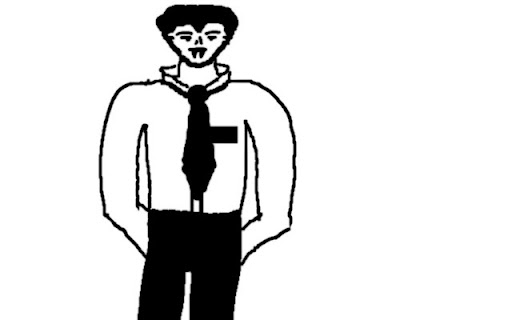 Here’s a fairly old piece of orthodox Christian criticism of Mormon theology… Interesting viewing, this, along with a South Park episode, and some segments of John Safran vs God, forms my understanding of the teachings of the US-centric religion. It’s really not at all linked to Christianity – despite what your friendly neighbourhood doorknocker might tell you.