on the strangeness of going to church

On Saturday night Robyn and I went to the Cirque Du Soleil’s Kooza. On Sunday a few people came to church for the first time. It struck me that the experience is quite similar; or at least I hope it is. If you have ever wondered about trying out church there’s a guide that might de-mystify some (not all) of the experience here. 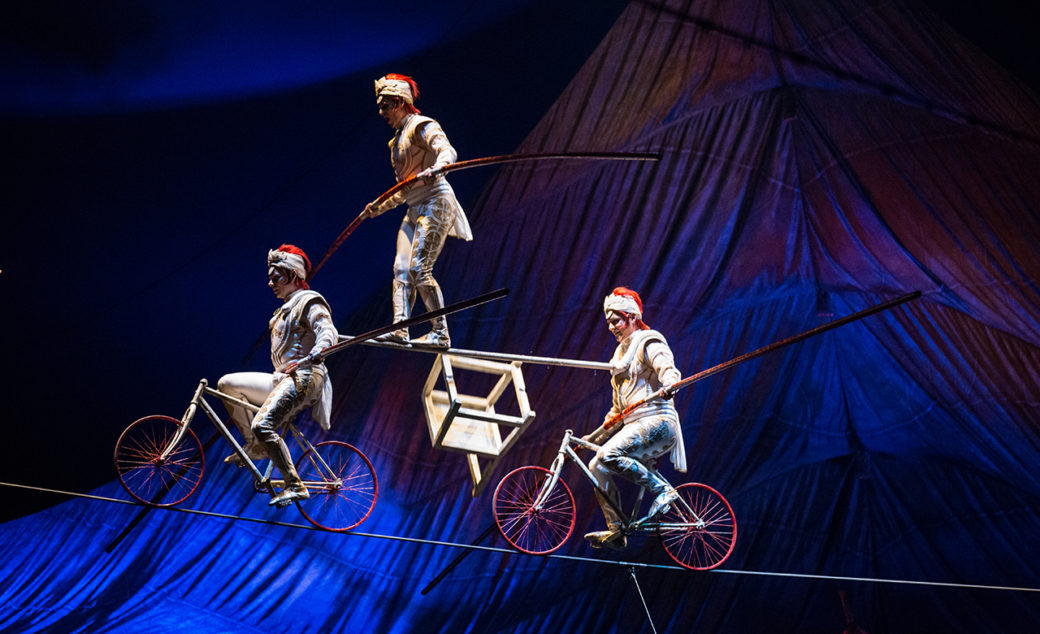 At some point, minutes before our scheduled departure, I ask my wife, and my parents who’ve been to this thing before what I should be wearing. Is there a dress code? Is it explicit, or implicit? Will I get away with my normal uniform of t-shirt, shorts, and a pair of thongs?

I change. I put on a collared shirt. Better to be over-dressed than under-dressed I guess. And who knows who I’ll bump into at this thing. I figure I also want to dress within a few standard deviations of my wife, so that she doesn’t feel awkward. Better to be awkward with others. Definitely.

I’ve been to something like this before. Once or twice. But I’m not a regular, and those were in very different contexts, once was for a professional thing, the other was when I was a kid. The etiquette feels different now that I’m choosing to go.

We’re ushered in to a park. The crowd is gathering in the carpark. Some people clearly know more about what is going on than others. Some stare intently at the screen of their phones, perhaps checking last minute details.

Someone in a black shirt at the door greets us, and gives us directions to where we can be seated; we’ve arrived with enough time to not be interrupting any of the ‘show’… We awkwardly file past people already seated in the row of seats and sit. Uncomfortably, because the seats in these places are almost always uncomfortable; perhaps to stop us falling asleep.

We’ve been seated for a while when the music starts. I’m not really sure what to do at this point. I look around a bit awkwardly to see what other people are doing. They’re staring quite intently at the stage; some rapturously, some blankly, some like me are looking around.

The band is tight. The music is amazing; it’s not something I’d listen to, let alone sing along to, during the week. But something about it captures my spirits and lifts them, and it seems to be doing the same for the people around me.

Then this clown starts to talk. I listen. He’s obviously done something like this before. He has the patter sorted. He’s engaging. It seems like it’s his job to have the crowd transfixed so that the spirit of the show might do its work and have us leaving changed, then coming back for more. Sometimes he’s joined by others; sometimes he invites audience participation. I shuffle down in my seat so he doesn’t make eye contact with me and invite me to take part in the show; I’m not ready for that. Yet.

There’s plenty of stuff happening on stage that leaves me feeling things. A sense of awe; a sense of our shared humanity being pushed to its limits in a way that teaches us all something about what it means to be human; in a way that makes me believe that something more is possible in my own humanity. For a moment I consider signing up to this weird colourful tribe.

There’s an interval. A chance to stretch my legs. I listen to the voices of people around me reflecting on what they’ve been inspired or challenged by so far; there’s an insider language being spoken by some, clearly more familiar with this sort of event than I am; but others, like me, are perplexed by what they’ve been experiencing. People seem really into this. Those performers on the stage must have devoted a significant amount of their life to mastering this thing that to me just seems other-worldly. How does one even begin to discover this way of life? If I was going to be part of this what would I contribute? What could I do? How could my humanity be stretched in such a way that it seems to defy both the human defaults and the laws of science?

There’s something mystical happening here. Mostly I’m just amazed. I’m a bit challenged. I can’t tell if I’m challenged by the oddness; the sense that I can’t, or wouldn’t, do that stuff, or if I’m challenged to think about how I might be more like this in the real world. These people just seem like a whole different category of human to me; they defy every thing I think I know about humanity and its limits. I’m a little scared. At some points it becomes too much and I look away; I tune out. But never for long.

There’s also something dangerous going on. You can tell that the people up the front have been changed; transformed; by this life, this ‘magic’… they’re enchanted. There’s something not quite normal about them; the way they do this stuff that defies my ‘normal’ like it’s not just second nature but totally natural. They’re invested there’s a hint of trance like focus where muscle memory has simply taken over as they go through their paces. I wonder what life is like for them off stage whether this preternatural way of being infuses everything they do; does this way of seeing the world only operate in this space, or is every aspect of their humanity, are all their relationships, transformed? I suspect they must be. This is a new way of being human. It must also profoundly change the community they belong to; there’s a tightness and trust on display as they interact. There’s also risk implicitly involved in what they’re doing… it’s just so… different. It seems that if they fall from that height it’ll hurt more than if I fall as I just bumble around in risk-mitigated normality. But there’s something beautiful about the human more fully alive. Something compelling. Inviting even.

Maybe I could be part of this? I’m just not sure I could leave the comfort of my way of life behind to follow a bunch of clowns.

But there’s beauty here. Something different. Something intangible. But something that invites me to have my senses changed and my expectations about humanity expanded.

It just looks like hard work though. And I’m struggling to get over just how weird this stuff is. How counter-cultural.

There’s something about the atmosphere; the hint of enchantment in the air; that leaves me more likely to become a true believer than before. Perhaps I’m even converted. I’m definitely intrigued enough to consider coming back again, and maybe to making this a regular part of my life. Maybe even to seeing the capability of the humans I mix and mingle with in the workaday world somewhat differently; as people with potential to be something more, if only they would discover and tap into this ancient embodied magic.

Maybe I’ll go back. I’ve start thinking about it, and reliving it, as soon as we’re filing out of that space with a bunch of others who’d lived through the same experience; our shared vocabularies expand; I imagine we’re all leaving with the same questions, the same moments sticking out and challenging our preconceptions. As my wife and I de-brief in the carpark I can’t help thinking “maybe we will do this again… she seems to have enjoyed it too.” It was all just so weird, so different. I’m still haunted by that music. The words of the clown ring in my ears. I climb into my car and drive back to my normal. But I can’t help wondering:

What is it to be human?

Why does my normal seem so limited when what I’ve just seen defies those limits?