Today’s post comes courtesy of me. I’m allowed to that once in a while, it is my blog afterall. Today I’d like to write about hippies. There’s very little right about hippies (that’s a little bit of political humour for those out there not clever enough to pick it up). Some hippies are ok. I’m all for peace (most of the time), harmony (but I’d actually prefer social melody. Harmony suggests different people managing to be different while appearing to sing to the same tune. So by extension social melody must be everyone doing the same thing which I think is a much higher goal. Provided everyone does what I think is the right thing. Let me rephrase that so it sounds less arrogant… Provided everyone does what God thinks is the right thing… I’m not sure that seems less arrogant actually, I’m not claiming that my will is perfectly equal to God’s. Could this be the longest bracketed statement ever to grace the pages of my blog? Who knows.), tranquility, and protecting the environment. But I have some questions about the whole green movement.
1. Who decides which green causes should be fought for and protected – why save the whales and eat lentils – surely lentils should be protected.
2. How can hippies justify protecting trees while smoking (burning) grass (marijuana)?
3. Why do they fight big battles (ozone protection) while ignoring, or contributing to, smaller problems (bad body odour)? 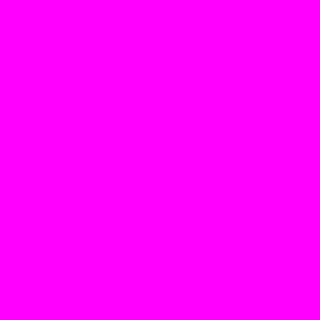 I guess my stance on hippies makes me anti-green, and in an amazing coincidence it turns out my car is anti-green in colour. I created a colour completely devoid of green, and full of blue and red in paintshop, and I came up with a colour alarming similar to my mauve excel.

What really gets me is the skewed priorities hippies have towards their particular cause. Sure whales are nice, big, friendly animals – but what about the thousands of starving Japanese children who’d benefit from eating the whales brought in by all the whale-harpooning daddies out there. Think of the children. It does seem to me that the green movement has a fairly warped sense of important issues. Some may argue that there are thousands of issues out there and it’s great to have people concerned for all of them, everyone needs representation. Which would be fine if the green voice wasn’t so loud. Once upon a time, when I was a poor uni student (read that how you will – I did mean that I lacked financial stability but I make no claims to greatness as a student) I was walking on my merry way to uni when I was accosted by a well meaning hippy type who wanted me to consider supporting an obscure wild life protection group. I understand that this girl was doing her job, which is a pretty crappy job, and was probably being paid by commission. But her suggestion that I change from sponsoring a compassion child to sponsoring a panda because it was “national change charities day” proves once and for all that hippies are stupid.

This diatribe was encouraged by an article in the opinion pages of today’s Sydney Morning Herald. The article looks at the quality of life in Australia – analysing whether things are actually any better with the strong growth in the Australian economy. Apparently some things are good. Some things are bad, including an increasing tendency for families to break down (or up – funny that two opposite words mean the same thing – I guess the keyword is break. You could probably even say break sideways and people would still understand). But this isn’t the biggest issue our culture has to deal with. I guess I’d agree with that (I’d probably say the underlying issues of human selfishness and greed were bigger problems – and the issue underlying those issues is sin). There are plenty of other issues out there that could be at least as difficult as a family break up. Child abuse, murders, an alarming suicide rate… there’s plenty of problems in our society that an increase in cashflow doesn’t seem to be solving. But no. Apparently our biggest problems are land clearing, extinct bird species, salinity and greenhouse gas emissions… and that my friends is why I hate hippies.

In other non-hippy news… Tim started a blog today – its title is a delightful pun on his name. I must say I’m flattered by all the people who are starting blogs just because I have.