I just finished an essay about Luther’s life, with a particular emphasis on his use of the 16th century’s equivalent of social media – the propaganda pamphlet. It was fun. I read a couple of biographies (including this one). He was a pretty cool guy. Here’s some stuff I think is worth sharing.

“I cannot say how sorry and disgusted I am with the printing. I wish I had sent nothing in German, because they print it so poorly, carelessly, and confusedly, to say nothing of bad types and paper. John the printer is always the same old Johnny. Please do not let him print any of my German Homilies, but return them for me to send elsewhere. What is the use of my working so hard if the errors in the printed books give occasion to other publishers to make them still worse ? I would not sin so against the gospels and epistles ; better let them remain hidden than bring them out in such form. Therefore I send you nothing now, although I have a good deal of manuscript ready. I shall forward no more until I learn that these sordid mercenaries care less for their profits than for the public. Such printers seem to think : “It is enough for me to get the money; let the readers lookout for the matter.”

One of Luther’s biographers says:

“It is strange, and yet certain, that this revelation (justification by faith alone) was vouchsafed to him in the privy of the Black Cloister, situated in the little tower overlooking the town walls… It is simpler, however, to recollect only that Luther was a busy man, with little leisure for private meditation, and that the rule enjoined spiritual reflection at these times. In telling the story of the monk who prayed while sitting on the stool, and had a controversy with the devil about the propriety of so doing, Luther probably referred to his own practice. It must naturally have seemed odd to him at the time, however, that such a revelation should come on such an occasion…”

On the Pope’s Hat

Luther didn’t like the pope much. This is some guys relieving themselves in his hat. 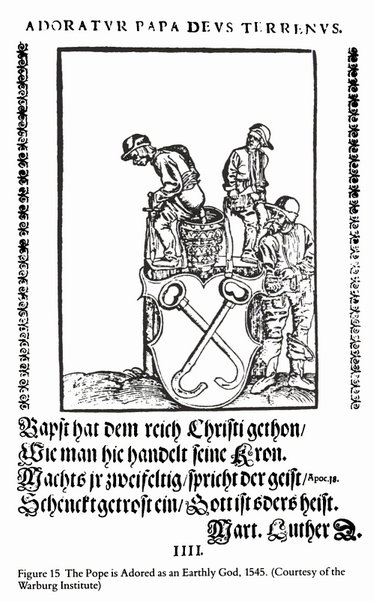 On beards and being incognito
At one point, when the emperor declared him an outlaw, Luther was “kidnapped” by some friends and hidden in a castle. He grew a beard. When some bad stuff was going down in his home town he travelled back there as a spy, in disguise. 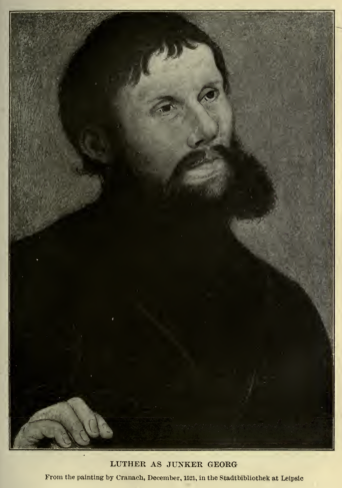 Later, when he was heading home after his castle exile ended, he went to a pub and had this conversation with two guys who rocked up while he was there. At least this is how he tells the story.

Luther – Good evening, friends. Draw nearer and have a drink to warm you up. I see you are Swiss ; from what part do you come and whither are you going ?

Kessler – We come from St. Gall, sir, and we are going to Wittenberg.

Luther – To Wittenberg ? Well, you will find good compatriots of yours there, the brothers Jerome and Augustine Schurf.

Kessler – We have letters to them. Can you tell us, sir, whether Luther is now at Wittenberg, or where he may be ?

Luther – I have authentic information that he is not at Wittenberg, but that he will soon return. But Philip Melanchthon is there to teach Greek, and Aurogallus to teach you Hebrew, both of which languages you should study if you wish to understand the Bible.

Kessler – Thank God that Luther will soon be back ; if God grant us life we will not rest until we see and hear that man. For it is on account of him that we are going there. We have heard that he wishes to overturn the priesthood and the mass, and as our parents have brought us up to be priests, we want to hear what he can tell us and on what authority he acts.

Luther – Where have you studied formerly ?

Luther – How goes it as Basel? Is Erasmus there and what is he doing?

Kessler – Erasmus is there, sir, but what he does no man knows, for he keeps it a secret. (Aside to his companion as Luther takes a drink) I never knew a knight before who used so much Latin, nor one who understood Greek and Hebrew as this one seems to.

Luther – Friends, what do they think of Luther in Switzerland ?

Kessler – There are various opinions there, sir, as everywhere. Some cannot extol him enough, and thank God for having revealed truth and discovered error by him ; others, especially the clergy, condemn him as an intolerable heretic.

Luther – One might expect as much from the preachers

Spengler – (Raising book which he sees is a Hebrew Psalter) I would give a finger to understand this tongue.

Luther – You must work hard to learn it. I also am learning it, and practise some every day.

(It is getting dark. Host bustles up, lights more candles, stops before
table.)

Host – I overheard you, gentlemen, talking of Luther. Pity you were not all here two days ago ; he was here then at this table, sitting right there (points).

Spengler – If this cursed weather had not hindered us we should have been here then and should have seen him. Is it not a pity ?

Kessler – At least we ought to be thankful that we are in the same house that he was and at the very table where he sat. (Host laughs, goes toward door ; when out of sight of Luther turns and beckons Kessler, who rises anxiously thinking that he has done something amiss and goes to host.)

Host – (aside to Kessler) Now that I see that you really want to hear and see Luther, I may tell you that the man at your table is he.

Kessler – You’re just gulling me because you think I want to see Luther.

Host – No, it is positively he, but don’t let on that you know him. (Kessler returns to table, where Luther has begun to read again.)

Kessler – (whispering to his companion) The host tells me this man is Luther.

Spengler – What on earth? Perhaps he said “Hutten”; the two names sound alike, and he certainly looks more like a knight than a monk.

(Enter two merchants, who take off their cloaks. One of them lays
a book on the table.)

Luther – May I ask, friend, what you are reading ?

Merchant – Doctor Luther’s sermons, just out ; have you not seen them?

Luther – I shall soon, at any rate.

Host – Sit down, gentlemen, sit down ; it is supper-time now.

Luther – Come here, gentlemen ; I will stand treat. (The merchants sit down and supper is served.) These are bad times, gentlemen. I heard only recently of the princes and lords assembling at Nuremberg to settle the religious question and remedy the grievances of the German nation. What do they do ? Nothing but waste their time in tournaments and all kinds of wicked diversions. They ought to pray earnestly to God. Fine princes they are ! Let us hope that our children and posterity will be less poisoned by papal errors and more given to the truth than their parents, in whom error is so firmly implanted that it is hard to root out.

First Merchant – I am a plain, blunt man, look you, who understand little of this business, but I say to myself, as far as I can see, Luther must be either an angel from heaven or a devil from hell. I would give ten gulden to have the chance to confess to him ; I believe he could give me good counsel for my conscience. (The merchants get up and go out to feed their horses.)

Host – (to students) You owe me nothing ; Luther has paid it all.

Kessler – Thank you, sir, shall I say Hutten ?

Luther – No, I am not he ; (to host) I am made a noble to-night, for these Switzers take me for Ulrich von Hutten.

Host – You are not Hutten, but Martin Luther.

Luther – (laughing) They think I am Hutten ; you that I am Luther; soon I’ll be Prester John. (Raising his glass) Friends, I drink your health (putting down his glass), but wait a moment; host, bring us a measure of wine ; the beer is not so good for me, as I am more accustomed to wine. (They drink.)

Luther – (rising to say good-night and offering them his hand) When you get to Wittenberg, remember me to Jerome Schurf.

Kessler – Whom shall we remember, sir ?

Luther – Say only that he that will soon come sends his greetings.
(Exit.)

The social media war is heating up. Soon Google Plus, Facebook, and Twitter will be doing just about anything to get you on board. I’m on all three. And I’ve got to say, for the record, that the number of conversations on each platform about the other platforms is getting a little out of hand. 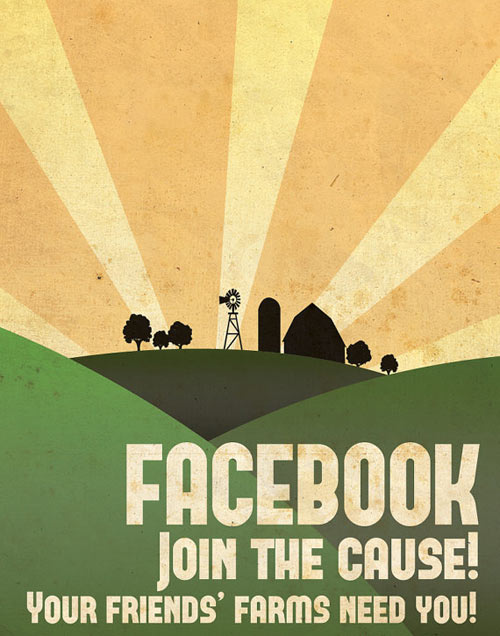 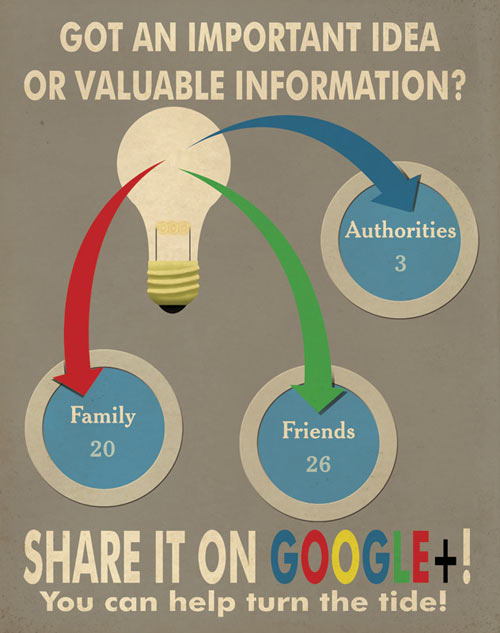 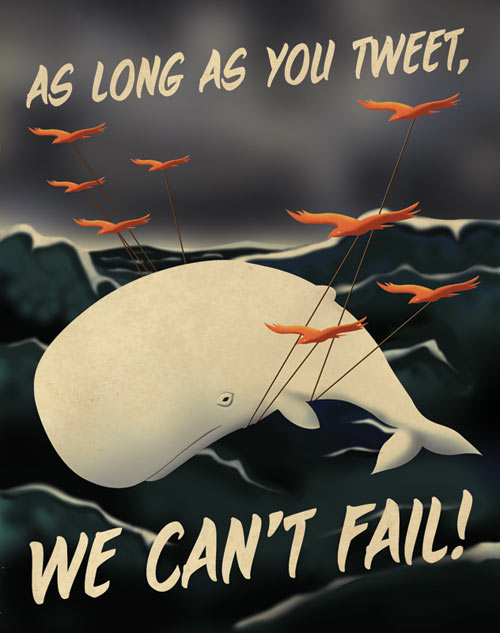 They’re for sale as posters on Etsy.

A few weeks ago the wool was pulled away from our eyes on the question of Super Mario’s innocence. Thanks to the power of propaganda. Now it’s time for us to learn the truth about the empire. Darth Vader was a good guy, painted in a negative light by the victors of the history wars of the future. Although, there’s a question about who is winning that “culture war” with these rebel alternatives. Video games are a victor’s history. We never think of life from the perspective of the poor goombas Mario squishes. How would you like it if a fat plumber jumped on your head?

What Bowser and his mercenary army needs is better PR. And the best type of PR is propaganda. Fro Design have had a go at producing some anti-Mario propaganda posters, and I have to say, my eyes have been opened. 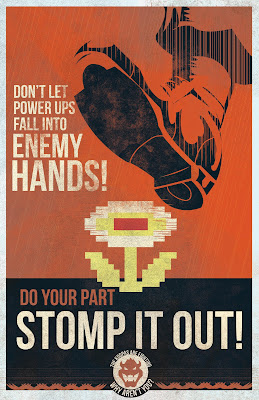 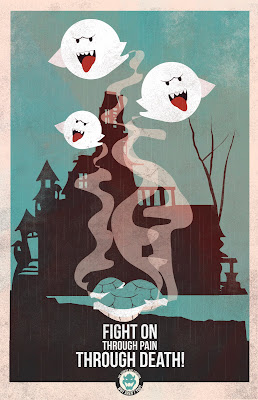 This is a cool bookmark. It doesn’t just remember your page – it even marks where you’re up to on the page. 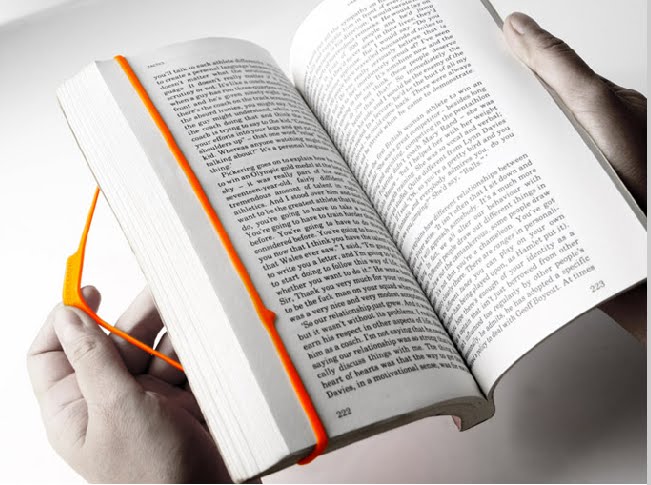 When I first saw this I thought it was a piece of bad atheist satire on the way Christians use the Bible to justify killing people. Turns out I was wrong. Thanks Mr Rumsfeld. There are heaps more – and the SMH is reporting it, which doesn’t make it “fact” but makes it much more believable than I first thought…

That’s right people. We’ve been wrong all these years. The armour of God is a tank.

No wonder Christians get picked on…

Mosquitoes are nasty little bloodsuckers. Not to mention carriers of dangerous disease. So how should we educate the public on the danger? Cartoon infomercials? How bout unleashing a swarm on unsuspecting conference delegates?

The Queensland Government is spending a bit of money educating the general public on the perils of Dengue fever. The longer TV ads feature warnings not to wear dark clothes. Apparently dark clothes attrack the little Aussie mozzie.  Who’d have thought. Perhaps a resurrection of Don Spencer’s “Little Aussie Mozzie” song would have been an appropriate piece of educational propaganda:

What may not be the most politically correct piece of anti-mozzie propaganda – but was no doubt more effective – was a decision by Bill Gates to release a swarm of mosquitoes on an unsuspecting audience at a Technology and Design conference in California.