My inner-pyromaniac could not resist reposting this video.

I was craving steak all day. That’s where it started. You could say my trip to the supermarket to buy eggs for breakfast set the ball rolling, because that’s where I saw them. Two succulent pieces of eye fillet. Just the right sizes. One slightly bigger than the other (I am more than slightly bigger than my wife). Perfect. I had to have them. They became mine.

They sat in the fridge all day. Looking at each other, and their neighbours. The Beans. The Beans too, were destined for the fry pan. With a little butter, and some pepper.

Sometime in the early hours of the evening, you could say they were at sixes and sevens, the minute hand and hour hand that is, the steaks made their way to a dish. Where they met Olive Oil (not to be confused with Popeye’s girlfriend) and Rock Salt. Their demise at the hands (or teeth) of mastication was imminent.

Perhaps I was distracted by the thought of chewing on a delicious piece of barbequed steak, perhaps I was pondering the lack of blogworthy material filtering through my “Publish Now” button. Who can say. All I know is that for a moment, a long moment, between turning on the gas bottle, opening up the valves on the barbeque, and lighting a skewer to stick between the fronds of the grill, I thought “I can smell gas, but it’s airy and open out here, so it shouldn’t be a problem”… thoughts can be so misleading. The faggot alight (well, the skewer, unlike commercial radio I’m ok with using a word that has multiple meanings – because that’s what Dire Straits was singing about. Sticks with jewelry and makeup. Millionaire sticks.). My thoughts turned to introducing flame to gas. Which turned out to be a more volatile proposition than I planned – sending a ball of flame into my face. I shut my eyes. I smelled burning hair. I ducked and dived. Coughed and spluttered. And then went into some sort of shock, before making my way inside to confess my adventures to my wife. Who had been asleep. I surveyed the damage in the bathroom mirror – my previously almost invisible eyebrows were now almost more invisible, if that were possible. My eyelashes were but a shadow of their former selves. And my carefully nonchalant attempt at a beard was now half as substantial – which is to say not very substantial at all, though more stinky. My fringe, slightly puffier than the rest of my hair at the best of times, was now puffier, and shorter by half, than the rest of my hair.

Here it is in video glory. But I haven’t watched it yet so apologies if there is swearing or you can actually still hear the trombone. 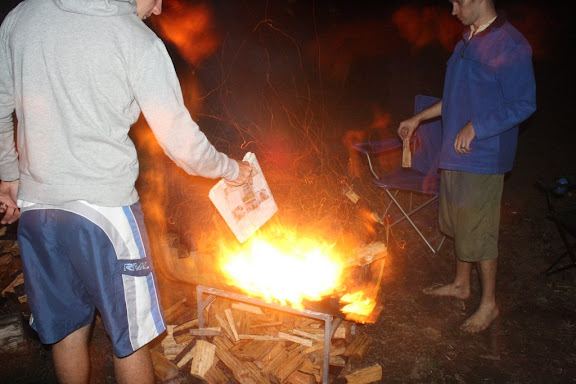 There would appear to be a little bit of pyromania inherent in the male psyche. 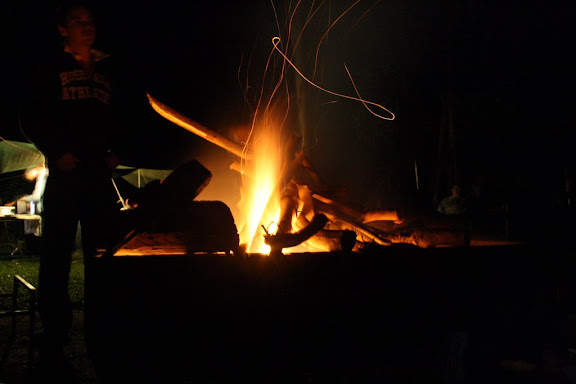 Taking photos of fire and playing with exposure settings is an enjoyable outlet for indulging the inner pyromaniac – without the danger of third degree burns. 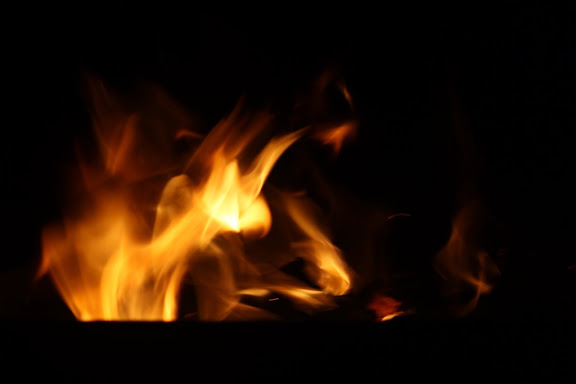