I know Christmas is over in our corner of the world. But spread the Christmas cheer just that little bit longer and watch this.

And by “Christmas cheer,” I really mean remind people that Christmas is about a pretty amazing event. God stepping out of infinity and into our finite world as a man. Making himself known to finite beings, and being an infinitely pure sacrifice made in our place through a particularly unimpressive death.

More gold from my friend Nat. Remember – you can get his 7 Scrolls of Suffering album here.

Check this out. It’s good stuff from my friend Nat aka Sounds Like Dsipl. He’s produced this 14 track Hip Hop album including 7 collaborative songs with other people involved in the Change the Tape label (on Bandcamp | on Facebook). 7 Scrolls of Suffering. I don’t just like it because he’s my friend though. I promise. It’s good. Plus, you can pay whatever you think it’s worth.

Each scrolls tells a story about how people who follow Jesus overcame suffering.

Nat has had his own share of suffering and I love how much he loves Jesus, and other people, how he’s persevered and grown, and how keen he is to tell other people about Jesus using the mediums that he loves and has at his disposal. 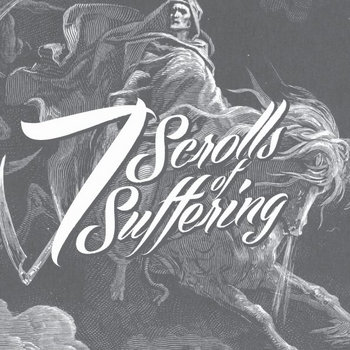 Get it. Sling him a few bucks. Stick around for the bonus “scroll” in track 14…