I have a little bit of an affinity with the T-Rex, we share the honour of having slightly disproportionate length in our arms. But I probably wouldn’t pay $70 for a T-Rex Skull staple remover 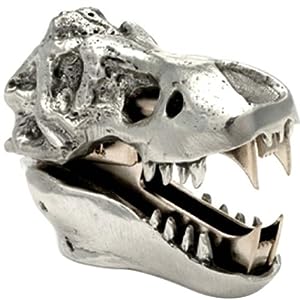 You might pay that much. Who knows. Apparently there are people out there who’ll pay $1350 for an ornamental elephant paperweight. You could buy an army of T-Rex staple removers for that price, and face it – they’re slightly more functional than a paperweight.