Here’s a little story, picked up by the Friendly Atheist, that highlights why getting people who think they’re Christians to rightly understand how Biblical law works, how it should (or mostly shouldn’t) be applied today.

An American redneck decided to use a little bit of Old Testament sanctioned force to bash a homosexual man.

He even has a tattoo that proclaims the need to understand homosexuality as an abomination.

Now, it’s all well and good emblazoning that sort of verse on your arm. But, as even atheists know, this is problematic given a verse that appears just a chapter later…

"You shall not make any cuttings in your flesh for the dead, nor print any marks upon you: I am the LORD. Leviticus 19:28″

We need to fix this kind of thing if we want to (rightly) argue that God’s intention for relationships between humans is for sex to occur in a marriage between a man and a woman. And that Christians should not be practising homosexuals (because the New Testament reaffirms God’s intentions and understandings of sexual expression).

Even Answers in Genesis can understand that this definition of marriage applies to Christians – they commented on a recent story where a judge in the US ruled that an interracial couple could not marry because the Bible forbids it… Which is strange.

What the Bible does say in the Old Testament is that Jews (the people of God) should not intermarry, and in the New Testament that Christians should ideally marry Christians – but that if two non-Christians marry and one becomes a Christian they should stay married.

Here’s what Ken Ham said (again mentioned in an article on the Friendly Atheist) when he was asked about interracial marriage in the Bible. It’s somewhat convoluted, but at the end of the day it is useful. From the Answers in Genesis website…

At AiG we have always taught that biologically there is only one race (Adam’s race), however, spiritually, there are two races (the saved and unsaved). It is the two spiritual “races” that God clearly instructs in His Word not to mix in marriage. In other words, when someone asks me “does the Bible deal with interracial marriage?” I answer, “it sure does, it makes it clear the saved ‘race’ should never knowingly marry the unsaved ‘race’—and that’s all the Bible teaches about ‘interracial’ marriage.’” Biologically, there is no such thing as “interracial” marriage as there is only one “race”—we are all descendants of one man, Adam.

But at the end of the day we (Christians) need to make sure our house is in order before throwing stones, literally or otherwise.

They even provide this helpful infographic. 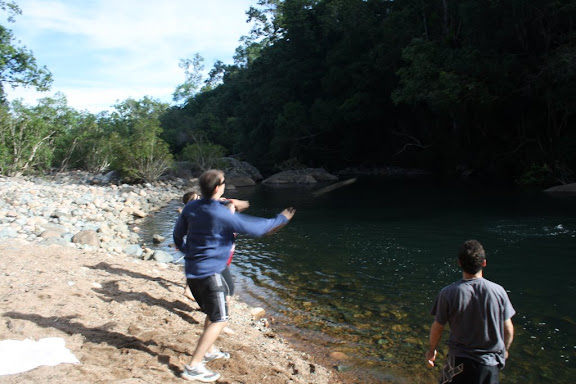 It is a truth universally acknowledged that if you put a bunch of blokes on a creek bed with an adequate supply of stones the group of blokes will throw said stones into the river for no clearly apparent reason. 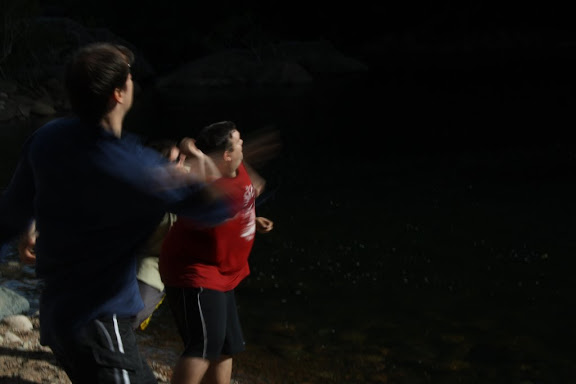 After an eventful morning farewelling Hanmer Springs in the best possible style – coffee at a Yak shack – aka an animal farm cafe complete with llamas, alpacas and what we think was a yak. We’re unsure because we weren’t prepared to pay the $10 each to leave the confines of the cafe for the greener pastures of a series of animal enclosures.
We hit the road – route 70 to be precise – although that’s from memory so it’s probably wrong and started the journey to the coast. We took a “scenic route” although I am unsure whether there are any non-scenic routes in New Zealand. I was struck by the lack of suitable shoulder areas on the road for drivers to stop to take photos. As my passengers were sleeping in the seats around me I was composing a letter to Tourism New Zealand suggesting they create better “lookout” facilities for drivers wanting to capitalise on the rolling hills and forests. But then I realised creating lookouts the whole way along would be an inefficient use of taxpayers’ money. We did stop for a few happy snaps – including the obligatory photos of sheep. Robyn thinks that sheep in New Zealand have reached plague proportions as every mountain is littered with them.
As we drove past a number of farmsteads heading into our eventual destination – the township of Kaikoura – I noticed that each had a unique letterbox – some where weatherboard, others were 40 gallon drums. I thought about commissioning a coffee table book of photos of the letterboxes of New Zealand – but didn’t want to end up with a collection of photos of bins (litter boxes). Something may get lost in translation there.

Tonight we’re in Kaikoura. I’m still unsure how that should be pronounced. We’re staying at a reasonable (both in price and quality) “Holiday Park” that’s Maori for Caravan Park. It’s The Alpine-Pacific Holiday Park. It’s an appropriate name. Kaikoura is situated at the base of snow capped mountains and on the coast – a blend I’ve never before experienced. The combination of New Zealand’s long twilight, the rocky beaches and a combination moonrise/sunset made for some great photos. Fish and chips on the beach is not the same without sand – but I’m happy to report the seagulls here are just as pesky as those in Australia.

We spent an inordinate amount of time throwing rocks at the ocean – well the brother-in-law-in-law, and I, started off trying to skim rocks, but that was an abominable failure. Then it became a chance to be like the children sitting next to us who were chastised by their family for throwing stones only minutes earlier. There was no fear of corporal punishment though – so it was an impressive effort by the parents to get their offspring under control. Robyn’s discus prowess was equally impressive. She could hurl a stone a mile (that’s a small bit of hyperbole) and it glided through the air with perfect form.

We’re going “swimming with the seals” tomorrow morning – so tonight was a great opportunity to scout out our prospective swimming buddies with a trip to the seal colony on Kaikoura’s headland. There was an impressive array of seals “sunning” themselves on the rocks by the water – and a bunch of really smelly kelp to add to the atmosphere. At this point the sun started to go down leading to a pretty spectacular photo opportunity on top of the hill.

I’ll have to add all the photos I plan to insert in this post at a later date, we’re about 4 minutes off running out of our hour of prepaid wireless. Hopefully some of them will be up on the picasa album before our time is through – tonight’s time that is. You should check it out now.