Anna Coren now works for CNN. CNN reporters travel to work. If they worked for the Chinese Police Force she could travel by segway. It seems segways are a great way to steadily hold and aim standard issue Chinese weaponry. 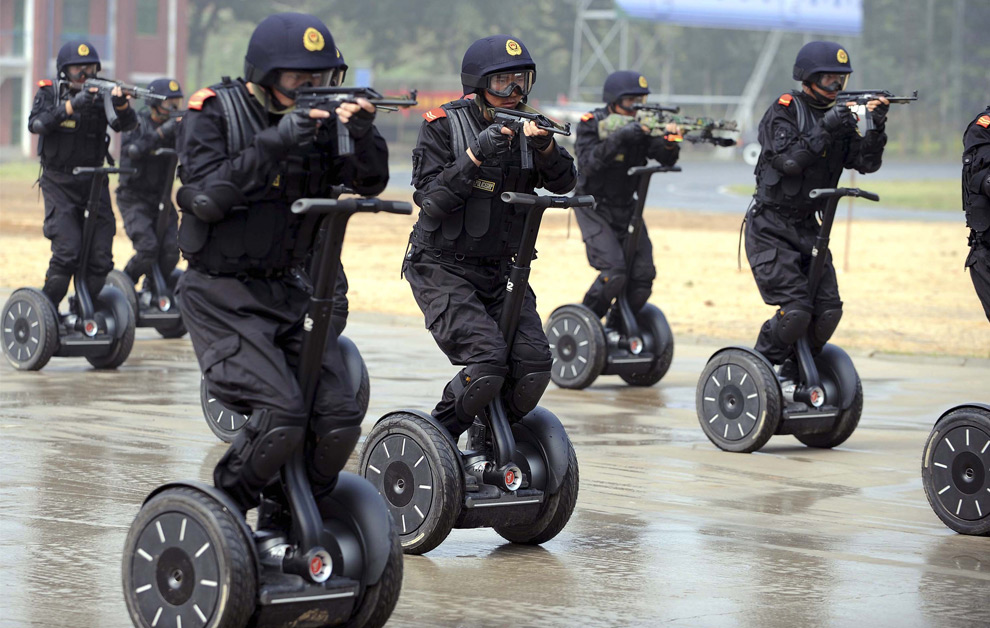 The Segway was meant to revolutionise personal transportation. Other than Arrested Development’s Gob they haven’t had a lot of success. They’re pretty much banned in New South Wales because they can’t travel on footpaths or roads (they can travel on bike paths though – but you’d just use a bike for that wouldn’t you?). They do have a distribution arm in Queensland, a basic model will set you back about $9,000.