A little background, I think it would be awesome if there is a God, and it would be almost as awesome if people were born believing in God and this never changed. This would be good as everyone could just live out this life, and then move onto the next one. It would be one big spring break. I also think that this would probably make the world a much less stressful place, and everyone would treat each other better. There would be no need for selfishness, no reason to feel sad if anyone was lost, this world would be only temporary.

However, moving away from the crazy perfect dream, in the actual world it is difficult to tell if religion has more beneficial points than bad points.

Nathan and I have had the discussion of the origin of morals before, which I firmly established my belief that morals aren’t a derivative of the Christian faith. Still, I accept the role of religion in developing many people values, morals and ethics, and I think for the most part Christianity does instil people with a certain standard of goodness. From this perspective, if the Christian faith was more dominant, maybe we would have a better moral grounding, however it is hard to tell. It is possible that morals developed to an extent through general life experience. Maybe religion helps people developed these attributes at a greater rate. This seems likely.

However, what I think is more beneficial to the development of good societal morals and ethics is the community group that religion often fosters. Church groups bring people together, teach the group the expected standards of behaviour, and the younger generations learn how to behave form the older. This almost tribal oversight on the development of younger people I would think would result in them developing better behaviour principles. I would think that belonging to a community group would benefit the morals of people almost as much as being within an organised educational institution and even a strong family unit.

Where clashes occur is across religious boundaries. It seems religions aren’t good at being friends. And some religions aren’t even good at liking their own members if they aren’t religious enough. This is a major mark against religions, and causes divides within the larger community. This concept is one of the prime reasons I do not like any religious divisions in schools. There are enough artificial lines drawn in other areas of society along religious boundaries. I strongly believe that if anything we should be trying to get schools as culturally diverse and free from any types of potentially dividing lines as possible. This means removing all religious-focused educational institutions, and trying to ensure that we preserve this one institution where developing children interact with children from other cultures and religious backgrounds. I understand that many will feel this somewhat impacts on their religious choice and ability to make decisions for their children, however from a whole-of-society standpoint, I think this aids in developing a more inclusive, open society.

This is not the case with many religions, well at least western religions anyway (but I’m not overly familiar with the religions of the world, so I am likely unfairly stereotyping far too many religions into this broad religion umbrella). In the grand scheme of things, it has to be said that rarely do religious ideals greatly impact on non-religious day-to-day choices or lifestyles for the most part.

However, the laws that religion has spurned, as well as the societal stigma’s and opinions in created still remain, and often it is certain minority or misfortunate groups that they have the most impact on. I find it absolutely infuriating at the thought of gay people being beaten or discriminated against on religious basis. Nathan seems to have an issue with same sex marriage due to the potential impacts it could have on family units. There are arguments on either side of this, many difficult to truly validate (such as studies that tells me that traditional families are better/worse than a different family type), but at least if they are approached logically and rationally, I am willing to think through them, and come to a conclusion. I like rational arguments and evidence. What I find more difficult is arguments based on religious grounds. I accept that religious people developed personal values around their religious beliefs and values. However, I find it unfair and unjust to regulate the lives of others based on such groundings.

I am also becoming concerned that Christians have a certain superiority complex that extends further than their belief they have the correct theological choice. As already mentioned, it includes Christian’s belief in their superior moral compass, but I think it also may extend to thoughts that Christians may be just generally more enlightened in all contexts. However, Christians probably make this argument against non-Christians.

There is also a tear within myself to an extent. While I want to preserve everyone’s right to choose and practice their own religion, I also realise that the way in which religions impede upon each other, it is not realistic to believe all these different views could live contently side by side. I think this source of conflict has a negative impact on society.

Finally, I don’t mind being preached to. while I think a lot of non-Christians are bothered by this, I think most of my religious friends understand certain boundaries, and for the most part in Australia it is quite easy for Christian and non-Christian groupings to get along quite easily. In fact, the way smiley puts it, if my Christian friends didn’t try to drag me in once in a while, they are probably not being a good Christian in trying to save their friends. That said, the extent some people have gone to spread the word I think has been somewhat unacceptable. Organisations that organised for missionaries to enter countries where Christianity was not welcome is a grey area I find somewhat difficult to vindicate. They may be heroes of the religion, but again it shows an element of elitism that exists within a group that is willing to do this. It may have been done with the best of intentions, but in the big picture, being so direct may have done more instances of harm than good. And it unlikely caused further tension between already strained international ties.

So to be a true Christian, you seemingly have to take the good attributes with the bad. And, from the requirements of Christianity of spreading the word and living by the bibles teachings, it seems that there is no solution for the incompatibility between the Christian v non-Christian world. 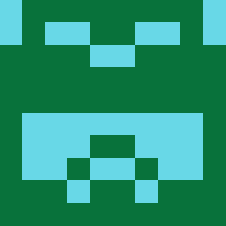 Benny is an economist with an interest in Queensland politics. He's also the nation's foremost expert on stupid laws thanks to a university assignment that went viral.