I must confess that I’m not really excited by the whole Twilight thing. Romantic vampires don’t sit well with me.

Friend Keagan doesn’t like the Twilight vampires because they shimmer. And vampires don’t shimmer. Everybody knows that.

Everybody also knows that vampires are African American and get in trouble for tax evasion. These Twilight kiddies are imposters, and must be dealt with… 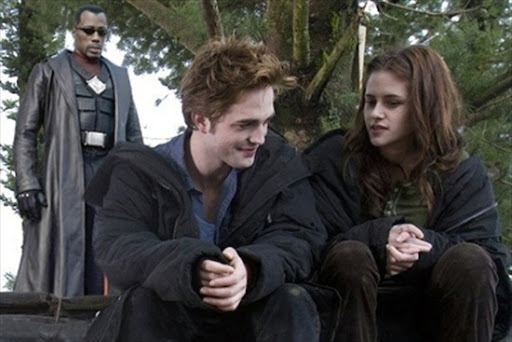 Like little sister number two – see post below – I haven’t read Twilight or watched the movies. But people…

Simone and Ben are continuing their love affair with vampires. I’ve got bad news for them… Vampires are mathematically impossible.…