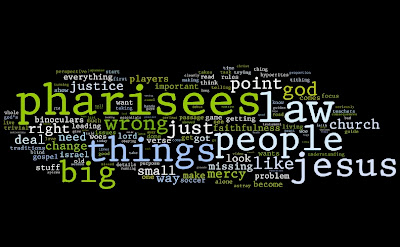 I’m planning a more comprehensive resurrection of this blog in coming weeks. But for now – two pieces of multimedia…

My grandfather, who we affectionately call "Fa fa", has written a book called "Preach or Perish". He's an old school…

I’m preaching at church on Sunday night. A Christmas talk. On Revelation 12. It’s a weird passage. You should read…

5 thoughts on “Preach, when necessary use wordle”