I posted a washing machine being sold on ebay here a while back, and a bike. Both had great stories going with them that I thought must have worked wonders on their sale prices.

It would appear a good description can up the value of your silly ebay items by as much as 6000% – it’s just a shame I didn’t do this with my Star Wars characters – though the Q&A section did get a little bit interesting.

There’s a site called Significant Objects that finds crappy things, writes good descriptions and sells the things on eBay at a significant profit.

Check out their top ten. Here’s an example. 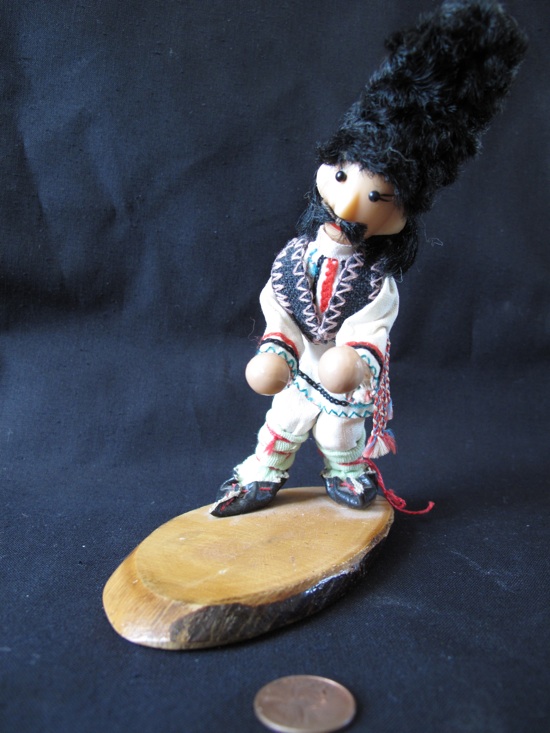 Here’s part of the story (here’s the rest).

This is an icon of the fourteenth-century saint Vralkomir of Dnobst, the patron saint of extremely fast dancing. Handcrafted in a snowbound convent by the nimble-footed Sisters of the Vralkomian Order, it was given to my grandmother—then a nine-year-old girl—as she boarded the ship that would take her to America from Dnobst, a narrow pie-wedge of land bounded by the Dnobst River, the Grkgåt Mountains, and the Great Western Fence of Count Pyør the Litigious.

Vralkomir was a competent cobbler, but he was brusque and taciturn, conversing only to the extent he was required to for business. His fellow citizens found him odd, and they would hurry back out into the year-round cold as quickly as they could. Some said his towering jet-black hat, which he’d knitted of his own hair, would trigger vertigo in those who stared up at it for too long. Many were annoyed by his incessant tuneless humming.

Once upon a time Nathan and Craig went garage sailing (with their wives and Chris). They even blogged about it on…

The bidding war for Luke Skywalker continues to rage. At the moment it’ll only set you back $3.76. It is…

1 thought on “Significant Objects: How to bump up your eBay sales with a story”