Yes. I spelt it twhighlight on purpose. That is because i want to highlight some issues i have with the twilight series. Firstly, I have only read book one, so these may not be as well informed as others will know. But i am not sure why a trashy teen with poor plot line and terrible character development has managed to become such a hit. And people who hint that this may be the modern day Romeo and Juliette should read Romeo and Juliette – shame on you all. Poor Shakespeare. Anyway, first of all, i take issue to a book where the only reason i have to like a guy is their stunning good looks. Secondly, this same guy is 90 something years old but likes a 17 year old girl. Thirdly, this guy only likes the girl because he cant read her mind. That is weird right? He has some power/control issues. Fourthly, this guy may not eat humans (hey I like that in a guy too), but i am not sure why it is good that he eats raw deer instead…attractive i think not. Fifth, so the teenagers fall in love. This takes about 7/8th of the book then right at the end evil vampires are added to be saved from…what odd plot development. Finally, moving to the movie now i would like to point out that Robert Pattinson is a person, not a vampire. He is actually an actor – they pretend to be other people. I cant understand why girls around the world have forgotten this concept of people acting characters, especially of the mythical variety. He cannot bite you and make you a vampire so please stop with the Bite Me Robert business, its an embarrassment to female-kind.

That is all.
I’ll keep you posted.
(my next post will be about leggings not being pants – another issue i would like to rant about). 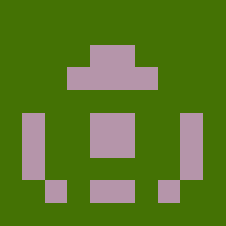 Maddie is Nathan's little sister. She is quite brilliant. She currently studies Business at the Queensland University of Technology. She haunts Etsy and other online stores looking for things that satisfy her odd sense of humour.