So, to make understanding Early Church History, and figures therefrom, we refer to them as being from the Greek East, or the Latin West. Here’s a map that clarifies what is what. It’s a bit clearer than the maps our wonderful, and very brilliant, lecturer Andrew Bain drew on the whiteboard. 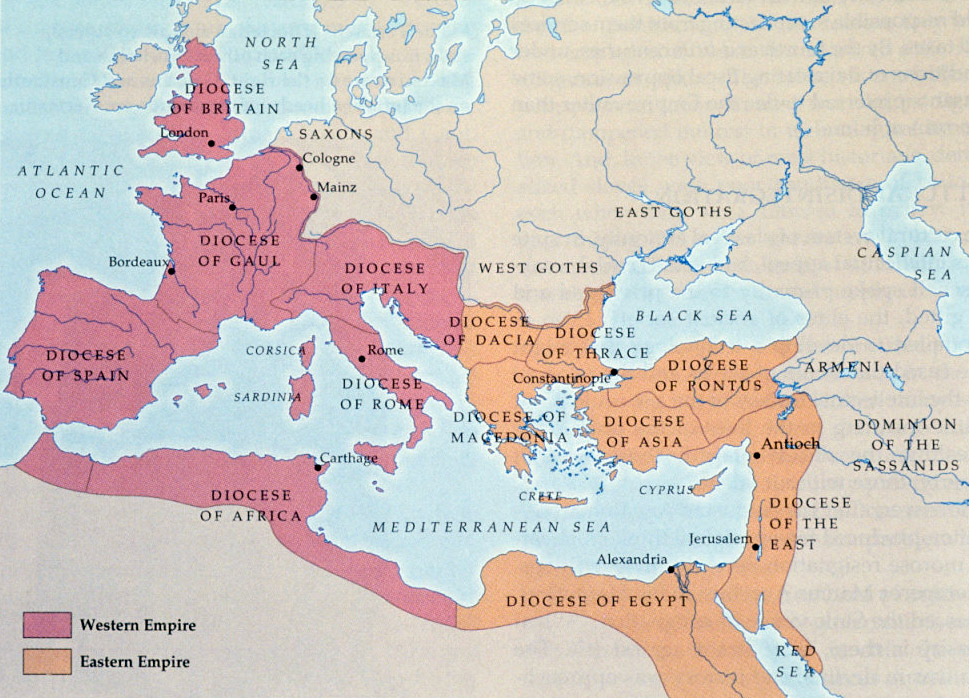 Here, too, is a Wikipedia article on the distinction, useful for background. And another article on the schism that occurred between them, where there were eventually two emperors, one in the east, and one in the west, and then eventually just the western “empire” where there was a later schism and, for a while, two popes (irrelevant for this exam). The East became known as the Byzantine Empire.

Of real interest is the interaction of different Christian views from the two sides of the empire, and how that interaction worked itself out in Christian belief… “Eastern Christianity” now describes “Orthodox” Christianity – as in the type practiced by Russian, and Greek Orthodox churches (they wear funny black robes, have beards, and hats). The current Greek Orthodox Bishop of Corinth looks like this: 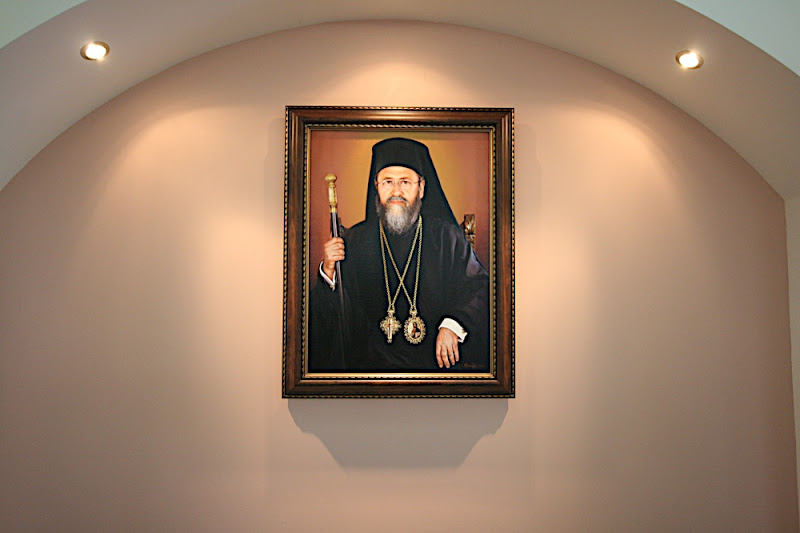 Western Christianity now describes us, and the Catholics. The Latin speaking bit is carried over into Catholic liturgy. Here’s a little line diagram from Wikipedia:

When it comes to our subject, the East-West distinction helps place someone geographically, and has some bearing, but doesn’t necessarily define, somebody’s theology. It has some impact. But Augustine and Tertullian were from the west, and they were good, and Polycarp was from the East, and he was good too. Chronology has some bearing on how “good” or “bad” or “Biblical” or “heretical” somebody might be, when assessed geographically. All very confusing, no?

Marcion holds the honour of being the first person named and shamed by the church as a heretic. It was…

Tertullian is one of my favourite, if not my favourite writers from early church history. He writes acerbically with wit and…

Montanism was a new prophecy. A movement that the church eventually decided was heretical. It arose in about 160 A.D…

4 thoughts on “Church History 101: A map of the Roman Empire split into “Latin West” and “Greek East””