Justin Martyr was another one of those influential early Christian thinkers who came to Christianity from a background in Greek philosophy, and another guy who was deeply influenced by Platonism, but also had sympathy for Stoic philosophies, and went so far as to call Socrates a Christian because of the truths he recognised in Socratic thought. After his conversion he continued wearing his philosopher’s robe, and wandered around the empire teaching, before settling in Rome. He used his knowledge of philosophy as a string in his evangelistic bow, and wrote an apology for Christianity to the Roman Empire seeking to convince Rome to consider its position on the Christian faith more carefully. 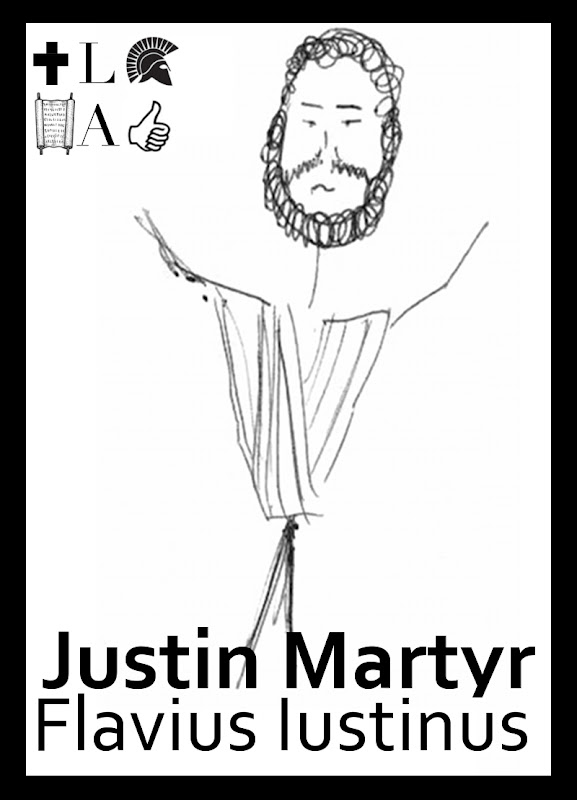 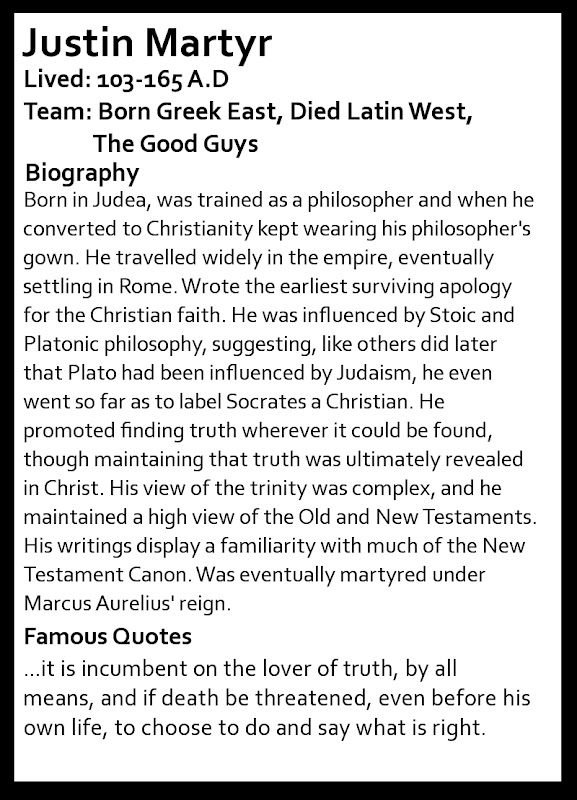 From the Introduction to his Apology

Reason directs those who are truly pious and philosophical to honour and love only what is true, declining to follow traditional opinions, if these be worthless. For not only does sound reason direct us to refuse the guidance of those who did or taught anything wrong, but it is incumbent on the lover of truth, by all means, and if death be threatened, even before his own life, to choose to do and say what is right. Do you, then, since ye are called pious and philosophers, guardians of justice and lovers of learning, give good heed, and hearken to my address; and if ye are indeed such, it will be manifested. For we have come, not to flatter you by this writing, nor please you by our address, but to beg that you pass judgment, after an accurate and searching investigation, not flattered by prejudice or by a desire of pleasing superstitious men, nor induced by irrational impulse or evil rumours which have long been prevalent, to give a decision which will prove to be against yourselves. For as for us, we reckon that no evil can be done us, unless we be convicted as evil-doers or be proved to be wicked men; and you, you can kill, but not hurt us.

He was another famous martyr – beheaded in Rome during the reign of Marcus Aurelius. He was born in Judea, but it is likely that his father was a Greek or a Roman.

His writings recognise many of the books in our New Testament as scripture, and his reading of the Old Testament was influenced by the way the New Testament authors used it to point to Jesus as fulfillment, and by his Stoic predisposition for allegory.

There are some links to a few good articles about Justin Martyr here, and you can read his Apology and other writings here (though it’s in a slightly clunky form presented section by section on separate pages) unless you download this PDF of primary documents of the church fathers (including Justin Martyr) from the Christian Classics Ethereal Library.