Marcion holds the honour of being the first person named and shamed by the church as a heretic. It was after Marcion that heresy hunting became a fun bloodsport for Christian writers and thinkers.

He couldn’t figure out how the Old Testament and New Testament could be reconciled (much like today’s atheists) so he decided to throw away the Old Testament, only accept Luke’s Gospel, and the writings of Paul, and believe in two Gods, the good one of the New Testament, and the Bad “Demiurge” of the old. This prompted a bit of an outcry (the guy was earlier excommunicated by his bishop, who happened to be his father), and Tertullian famously wrote a bunch of books addressing his heresies (you can read them online here). His description of Marcion’s home region, in volume I, and then his statement that as bad as it is, Marcion is the worst thing about it, is a beautiful piece of ad hominem polemic.

Marcion’s heretical understanding of Scripture also proved the catalyst for putting together a formal canon. So that’s another silver lining. 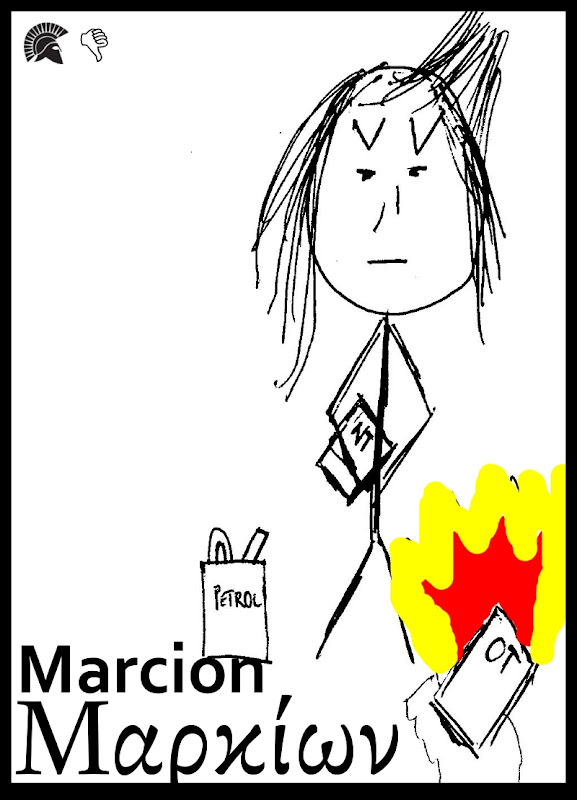 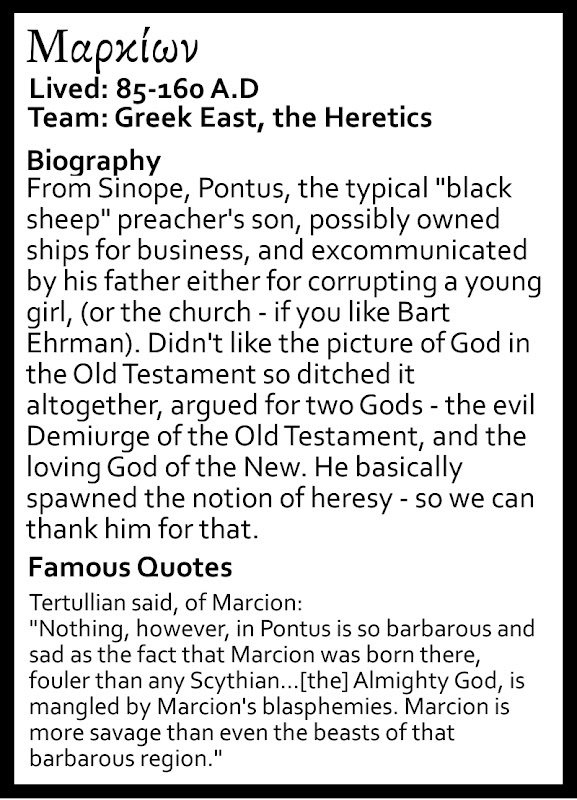