Ahh, the post World Cup low. I didn’t think it’d come so quickly, but now I’m wondering what I’m going to do with 4am. We’ve only recently become acquainted. Alas, I think our relationship will be brief.

Here are some World Cup odds and ends to help you overcome your fixation.

Starting with an analysis of the metaphysics of the World Cup from Overthinking It – Overthinking It is, without doubt, one of my favourite blogs. Other good recent posts include overthinking the problem of Mortal Kombat’s fusion of fantasy and verisimilitude (a form of plausibility),1 and a novel solution to the BP oil spill – namely the use of a band of merry men epitomised by the A-Team to clean up the spill.2 They also suggested the producers of Burn Notice might be criminally negligent or indeed open to prosecution under anti-terrorism laws. Here’s a quote from the World Cup post about England’s unfortunate goal line decision:

“The real world does not have official review. Even if we can determine the exact causes of a misfortune, we cannot rewind time to unmake it. All we can do is grit our teeth and try harder next time. But a sport — like any game — is a fenced-off version of how we’d like the world to be. It’s the World Plus Rules for Fairness. The arrow of time has less hold in the world of sport. We have the power to wind back the clock.”

If that’s not filling a World Cup void for you how about this video of Lego players reproducing the highlights of the round one clash between England and the USA?

Or this commemorative poster featuring all the nations from this year’s cup in the shape of the real star of the tournament – the Vuvuzela.

Or indeed, pre-order your copy of the best game spin off from the tournament. 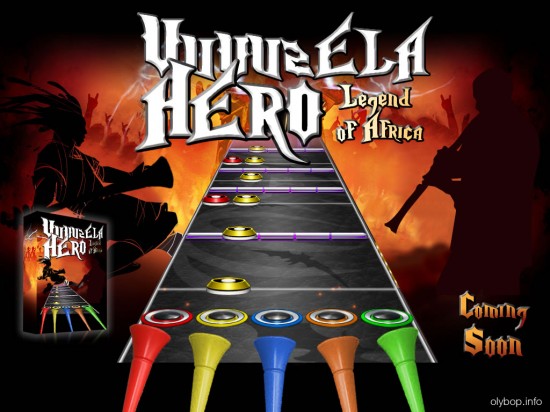 Or you could be inspired by Remi Gaillard and drum up a gang of supporters to crash your local league game, turning it into the World Cup Final you wish you’d had this time around (H/T Tim).

It’s been a while since Argentina was knocked out – but if you’re a lady type hankering for some Maradona action (lets face it, he was one of the stars of this World Cup as demonstrated by this photo (h/t Dave Miers, from Boston.com))… 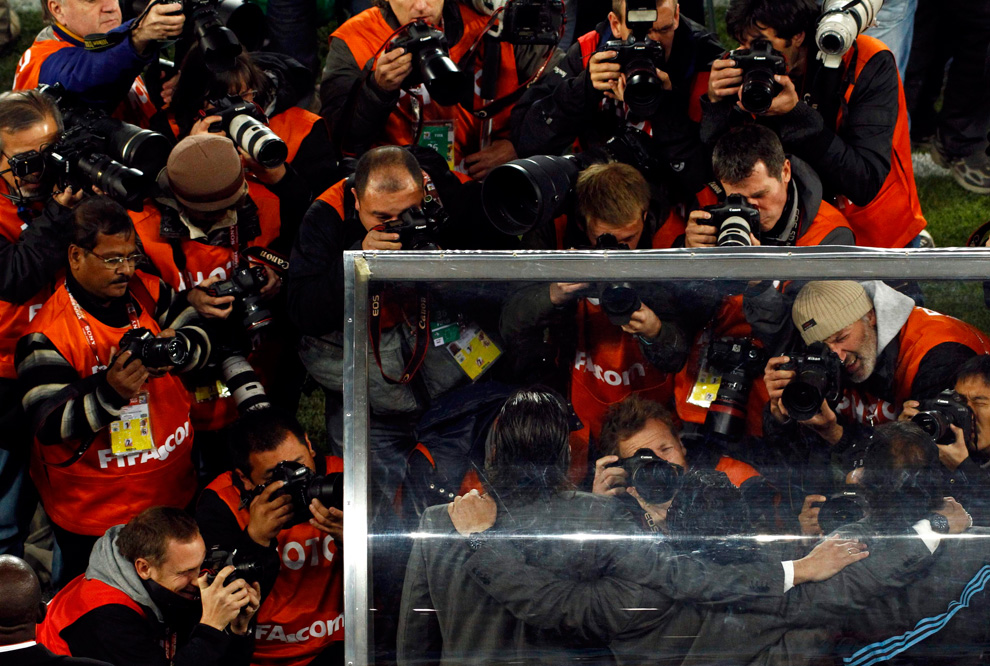 … you’ll be happy to know that Diego Maradona is most definitely not gay.

Perhaps you’re an aspiring player. If that’s the case there are two things you can do ahead of the next World Cup – sign me up as your agent/publicist and check out the mechanics of the perfect freekick (from FlowingData). 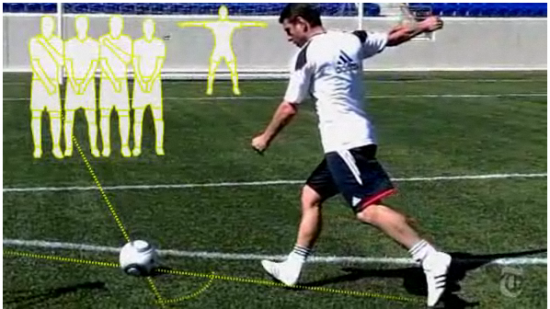 Also, check out this piece on why the pressure involved in taking a penalty kick may cause a player to choke (metaphorically of course).

“The “Yerkes-Dodson Law” predicts that participants in a penalty shootout should buckle under pressure. According to the theory, human performance follows an “inverted U shape.” Under the effect of mild stress, or “arousal,” proficiency improves as the subject expends more concentration and energy. But past a certain point, too much pressure leads to panic and attention problems, and choking ensues.”

Or, you could fill that gap by reading St. Eutychus.

1It’s a cool word, worthy of its own post, but I’ll footnote it in this one with Overthinking Its definition: To say something is “realistic” — a loaded word in itself — means that it could have come from real life. To say something has verisimilitude means that it appears that it could have come from real life. An explanation does not need to be plausible, but it needs to sound plausible, for it to have verisimilitude. It needs to stand up to casual regard, if not a concerted investigation.

Example: “Superman can fly” is fantastic. “Superman came from a planet with much higher gravity, so he can jump so far that it appears he can fly” has verisimilitude.

2 Such a team would traditionally feature: “individuals who fit into one of five types: Mastermind, Grifter, Hitter, Hacker, and Thief.”