Preaching from the iPad is such a great justification for buying one. I’ve said that since day one. I want to write an iphone program (though I have no talent) that functions as an autocue controller for text on an iPad. Autocue controllers are traditionally knobs that twist either sitting in the hands of a newsreader (that’s what they were at ABC online when I had a job interview/audition there a bunch of years ago) or the producer (that’s what they were when I was reading the news for QUT News on Bris 31 when I was at uni).

Anyway, that’s a digression. If you’re already ahead of the curve you’ll want one of these iPad lecterns so that you can preach the gospel unhindered, like Paul at the end of Acts. 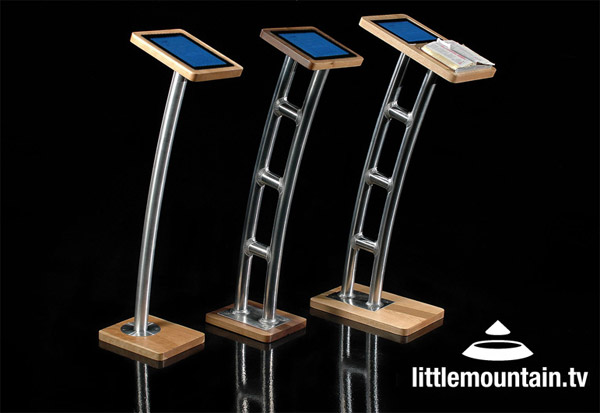 From Little Mountain Productions, via PastorGear.

I couldn’t think of an Apple pun better than that. Sorry.  Marketing expert Martin Lindstrom has released Buyology, a book…

I’ve got a few things that I thought of and jotted down while on Men’s Camp on the weekend. Rather…