People often ask me what it’s like growing up as a preacher’s kid, whether it’s positive or negative.

One of the great benefits for me, that I often recall (either in my head or out loud), when I’m asked these questions, was the chance to see how the gospel spurred on John “Chappo” Chapman, even as an elderly man. 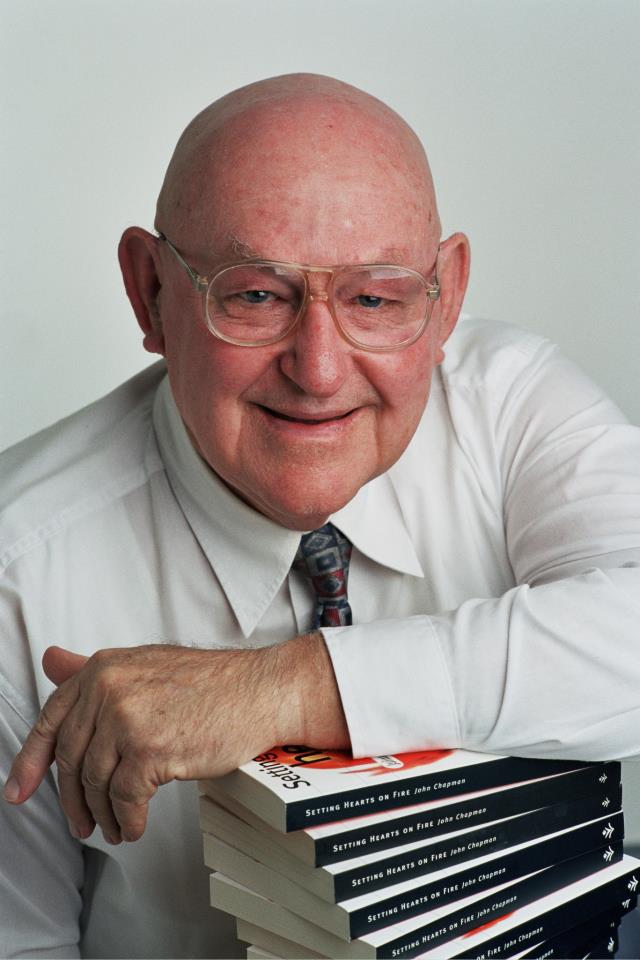 I’ll remember his stories. The ones so familiar to him he could rattle them off with a one word prompt. His made up words. His constant interest in other people. Other people are remembering the lasting impact he had on their ministry, their preaching, their ability to communicate the gospel with passion and verve. He touched lives. Many lives.

It’s a great testimony to the quality of this man, and his ministry, that the outpourings of emotion at his passing on Facebook are mostly expressing joy at the thought of him arriving home. With Jesus. Tonight.

“7 I have fought the good fight, I have finished the race, I have kept the faith. 8 Now there is in store for me the crown of righteousness, which the Lord, the righteous Judge, will award to me on that day—and not only to me, but also to all who have longed for his appearing.”

What a life… What a servant… What a hope.

56 The sting of death is sin, and the power of sin is the law. 57 But thanks be to God! He gives us the victory through our Lord Jesus Christ.