I wrote a bit about Macklemore’s gangbusters pro gay marriage anthem Same Love a while back. It’s an incredible piece of persuasive writing set to music.

And it’s resonating with a generation of people. Check out this open letter to the church written by someone who buys into Macklemore’s thesis on Christianity and homosexuality…

Here’s the parting words from the open letter…

My whole life, I’ve been told again and again that Christianity is not conducive with homosexuality. It just doesn’t work out. I was forced to choose between the love I had for my gay friends and so-called biblical authority. I chose gay people, and I’m willing to wager I’m not the only one. I said, “If the Bible really says this about gay people, I’m not too keen on trusting what it says about God.” And I left my church. It has only been lately that I have seen evidence that the Bible could be saying something completely different about love and equality.

So, my advice to you, the Church: if you’re looking for some intelligent biblical liberal opinions on the subject, have a little coffee chat with your local Methodist or Episcopal pastor. Christians can be all about gay people, it’s possible. People do it every day with a clear biblical conscience. Find out if you think there’s truth in that view before you sweep us under the rug. You CAN have a conservative view on gay marriage, or gay ordination. You can. But I want you to have some serious conversations with God, your friends that disagree with you, and maybe even some gay people, Christians or not, before you decide that this one view is worth marginalizing my generation. Weigh those politics against what you’re giving up: us. We want to stay in your churches, we want to hear about your Jesus, but it’s hard to hear about love from a God who doesn’t love our gay friends (and we all have gay friends). Help us find love in the church before we look for it outside.

This letter makes me incredibly sad – especially the comments, which make me a bit angry (all contributors equally), and make me despair a little for how the church has articulated its message about the place of sexuality, and how poorly we love people who fall outside our norms.

“You say that you hope you would be willing to at least take a vow of chasitity if God calls you to be homosexual but let me just make this point: Why did God make Adam a partner? Because he should not be alone, it was not good that Adam was alone. God made us so that we survive better when we are not alone. Now, I’m not saying that there are not people out there that are called to be chaste, but what I am saying is that being called to be chaste is NOT the same thing as being called to be homosexual. It’s not fair for you to tell all homosexuals that they must be chaste because of the way GOD MADE THEM! Afterall, God said that everything he made was good (including sexuality) so how come you get to say that your sexuality is better than mine?”

But I do have some friends – or acquaintances – who are gay. I have no problem with that – I’d love them to know Jesus, but short of knowing Jesus there’s not a whole lot I have to say to them about their sexuality. Paul says in 1 Corinthians that the sexual behaviour of people outside the church isn’t really meant to get us all fired up. But I’m not really interested in this debate for their sake, because while I have some friends in this boat, there are people I love dearly, brothers and sisters in the family of Jesus, people I would do much for, who are attracted to people of the same sex. These brothers have voluntarily sacrificed their “happiness” (if happiness is defined as pursuing every natural inclination to its full extent, or beyond that point) because they believe, and they’re smart people, that this is part of being a follower of Jesus.

This “enlightened” open letter, and Macklemore’s “enlightened” view of love and the church has no place for the humanity or value of a decision these brothers of mine have made. And that makes me angrier and sadder than anything else in this debate.

I can understand the passion that drives people to fight for equality. But lets make it equality for all. Equal opportunity to determine your own sexuality, and your own view on an appropriate expression of your sexuality, rather than this ridiculous “Born this way” group think that leaves people as slaves to something beyond their control.

Both Macklemore and the enlightened commenter quoted above by into the born this way trope, with a dash of “whatever makes me feel good is not just good but right” approach to decision making. Here’s Mackelmore:

The right wing conservatives think it’s a decision
And you can be cured with some treatment and religion
Man made rewiring of a predisposition
Playing god, aw nah here we go
America the brave still fears what we don’t know
And god loves all his children, is somehow forgotten
But we paraphrase a book written thirty-five-hundred years ago
I don’t know

Such rewiring is problematic if it’s not voluntary. It’s like trying to teach kids to be right handed. But nobody has problems with a left handed kid teaching themselves to bat right handed to advance their sporting career.

Maybe people want to give up something “good” or a type of “happiness” to chase something better and more fulfilling. Maybe my brothers in Christ want to pursue something bigger than sexual satisfaction.

That’s what the liberal theologians the letter writer calls for us to read are missing (that and any sense that our nature (Genesis 1) may have been frustrated by sin (Genesis 3) in the narrative arc of the Bible) – following the Jesus who typified sacrificial love for others, and sacrifice of self for others, will necessarily involve some sacrifice of self.

It’s horrible that the letter writer thought she had to choose between loving gay people – who are really just people, adding a label is part of the problem – and being part of the church. The church is called to love people, and we’re called as people who are aware that we are broken. That we are a horrible mess. We can’t come to Jesus for help without realising we need it. There’s nobody too messy for the church. Part of the problem, indicated in the comments, is a complete refusal to acknowledge that there could be any mess in me. Or in the people I like. All the mess is in those other people. Or that any aspect of our identity can be free of selfishness or the messiness of our humanity.

It’s horrible that the commenter thought that there are two choices in life: sex, or solitude. Fulfilment or being alone. What a shame that our understanding of human relationships has come to this. Maybe it’s easy for a straight, married, guy to say this. But I want to do everything I can to support people as they make voluntary choices – and I want to be especially helpful if they’re making voluntary choices because they want to follow and honour Jesus. I think all Christians should want this, and perhaps the real tragedy identified in the letter and the comments is that the church does a really bad job at making single people, whether by choice or not, feel anything other than alone. We need to get better at community. It isn’t good for man or woman to be alone – but the answer doesn’t have to be sexual intimacy.

I wish people in this debate would stop dehumanising my brothers and sisters who have voluntarily chosen not to conform to their ideals or to how they’re “made”… Surely we can approach this debate with a bit of maturity, and recognise that tolerance and equality is based in individual freedom, not in meeting whatever parameters are set by people on either extreme.

The problem with Macklemore, and this open letter, is that both are devoid of the love they claim to be looking for – love for people who live messy lives. They are pushing a new conformism that is as hateful as the one they’re trying to overthrow. Their pictures of church are also devoid of Jesus. Which means they’ve got a crap view of love. A broken, selfish, and dysfunctional definition of what love is.

Here’s a bit of the Bible (written by John) on love, based on Jesus, that all of us could learn from.

But the key to this sort of genuine love for others – brotherly and sisterly love, is in the love God showed us first.

This is how God showed his love among us: He sent his one and only Son into the world that we might live through him. 10 This is love: not that we loved God, but that he loved us and sent his Son as an atoning sacrifice for our sins. 11 Dear friends, since God so loved us, we also ought to love one another. 12 No one has ever seen God; but if we love one another, God lives in us and his love is made complete in us.

People who don’t get God won’t get what it is that compels my brothers and sisters to give up temporary pleasures, companionship, and fulfilment now – but it’s this real love. All we offer one another without that is the “same love” – inadequate love, selfish love, love based on what meets my needs. That’s why Macklemore’s song resonates with people – it seems so wrong to rob people of the ability to satisfy their desires, or have their significance recognised. But it’s a hollow form of love. A shell when compared to the love God showed in Jesus.

Ultimately Macklemore might be right people should be free to enjoy the same love – there’s no logical reason to stop people who don’t believe in God pursuing equality (with constraints like power dynamics and consent taken into account), but the love he’s singing about isn’t real love.

Your body as a temple: an essay on Charles Taylor and Tinder (and other ways technology “excarnates” our human experience) 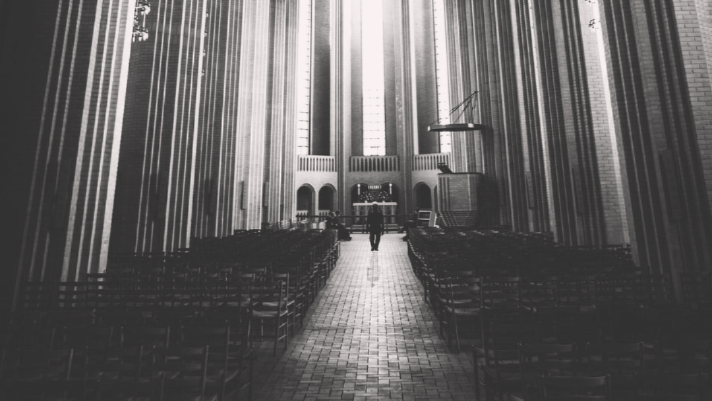 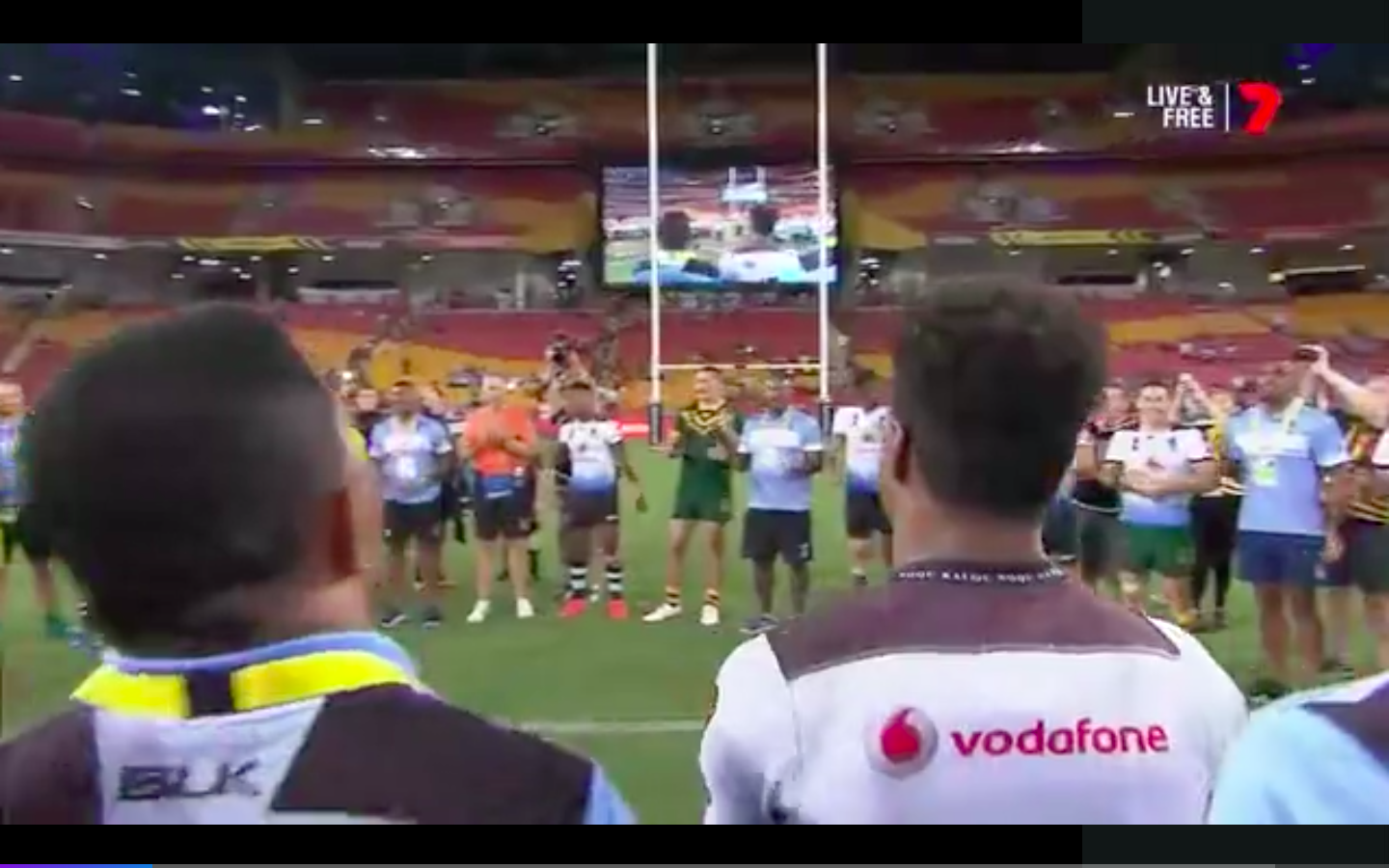 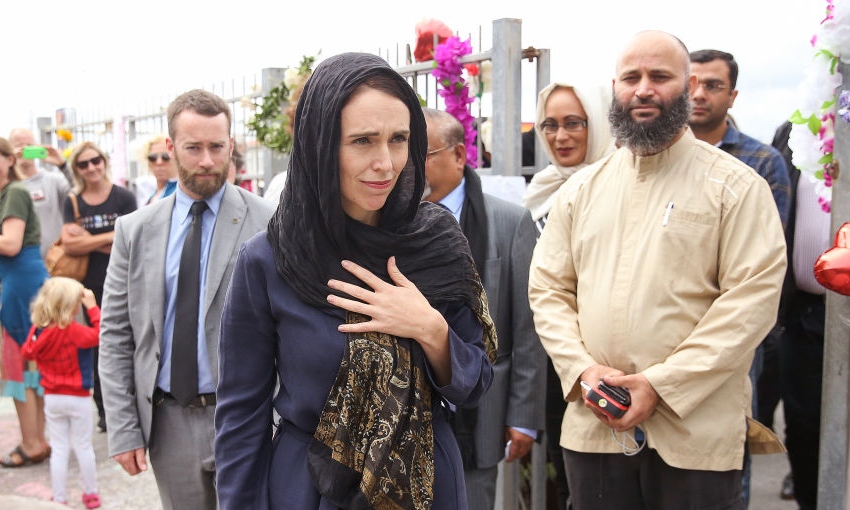