SNIPPET // Athanasius on the Incarnation

In case you’re wondering what the deal with these ‘snippet’ posts is. I use this site, at least in part, to store/collect interesting ideas, quotes, etc. But the things have to be suitably useful that I think other people might enjoy them too. I’m currently putting together some material for church for a series we’re going to do on the Image of God next year. So I dipped into Athanasius’ On The Incarnation of the Word, and I like all of this for different reasons. Partly because it gives us a sense of just how small the God people believe we believe in has become — most people writing popular atheism stuff are not tilting at the God Athanasius talks about here, but instead, a God who exists within nature whose supernatural intervention should be observable. This is a modern category.

This is the entire first chapter of Athanasius’ masterpiece. It’s worth stewing over a bit, I reckon. I don’t necessarily think everything Athanasius writes is 100% correct, but it is early Christian thought, and it is stimulating. I’ve bolded some bits that I found particularly fun to chew over…

Creation and the Fall

(1) In our former book we dealt fully enough with a few of the chief points about the heathen worship of idols, and how those false fears originally arose. We also, by God’s grace, briefly indicated that the Word of the Father is Himself divine, that all things that are owe their being to His will and power, and that it is through Him that the Father gives order to creation, by Him that all things are moved, and through Him that they receive their being. Now, Macarius, true lover of Christ, we must take a step further in the faith of our holy religion, and consider also the Word’s becoming Man and His divine Appearing in our midst. That mystery the Jews traduce, the Greeks deride, but we adore; and your own love and devotion to the Word also will be the greater, because in His Manhood He seems so little worth. For it is a fact that the more unbelievers pour scorn on Him, so much the more does He make His Godhead evident. The things which they, as men, rule out as impossible, He plainly shows to be possible; that which they deride as unfitting, His goodness makes most fit; and things which these wiseacres laugh at as “human” He by His inherent might declares divine. Thus by what seems His utter poverty and weakness on the cross He overturns the pomp and parade of idols, and quietly and hiddenly wins over the mockers and unbelievers to recognize Him as God.
Now in dealing with these matters it is necessary first to recall what has already been said. You must understand why it is that the Word of the Father, so great and so high, has been made manifest in bodily form. He has not assumed a body as proper to His own nature, far from it, for as the Word He is without body. He has been manifested in a human body for this reason only, out of the love and goodness of His Father, for the salvation of us men. We will begin, then, with the creation of the world and with God its Maker, for the first fact that you must grasp is this: the renewal of creation has been wrought by the Self-same Word Who made it in the beginning. There is thus no inconsistency between creation and salvation for the One Father has employed the same Agent for both works, effecting the salvation of the world through the same Word Who made it in the beginning.
(2) In regard to the making of the universe and the creation of all things there have been various opinions, and each person has propounded the theory that suited his own taste. For instance, some say that all things are self-originated and, so to speak, haphazard. The Epicureans are among these; they deny that there is any Mind behind the universe at all. This view is contrary to all the facts of experience, their own existence included. For if all things had come into being in this automatic fashion, instead of being the outcome of Mind, though they existed, they would all be uniform and without distinction. In the universe everything would be sun or moon or whatever it was, and in the human body the whole would be hand or eye or foot. But in point of fact the sun and the moon and the earth are all different things, and even within the human body there are different members, such as foot and hand and head. This distinctness of things argues not a spontaneous generation but a prevenient Cause; and from that Cause we can apprehend God, the Designer and Maker of all.

Others take the view expressed by Plato, that giant among the Greeks. He said that God had made all things out of pre-existent and uncreated matter, just as the carpenter makes things only out of wood that already exists. But those who hold this view do not realize that to deny that God is Himself the Cause of matter is to impute limitation to Him, just as it is undoubtedly a limitation on the part of the carpenter that he can make nothing unless he has the wood. How could God be called Maker and Artificer if His ability to make depended on some other cause, namely on matter itself? If He only worked up existing matter and did not Himself bring matter into being, He would be not the Creator but only a craftsman.

Then, again, there is the theory of the Gnostics, who have invented for themselves an Artificer of all things other than the Father of our Lord Jesus Christ. These simply shut their eyes to the obvious meaning of Scripture. For instance, the Lord, having reminded the Jews of the statement in Genesis, “He Who created them in the beginning made them male and female . . . ,” and having shown that for that reason a man should leave his parents and cleave to his wife, goes on to say with reference to the Creator, “What therefore God has joined together, let no man put asunder.” How can they get a creation independent of the Father out of that? And, again, St. John, speaking all inclusively, says, “All things became by Him and without Him came nothing into being.” How then could the Artificer be someone different, other than the Father of Christ?

On the image of God and its eradication (and restoration): or, more thoughts on cancel culture and statues 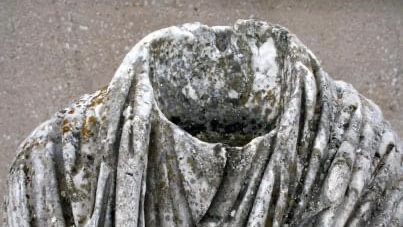 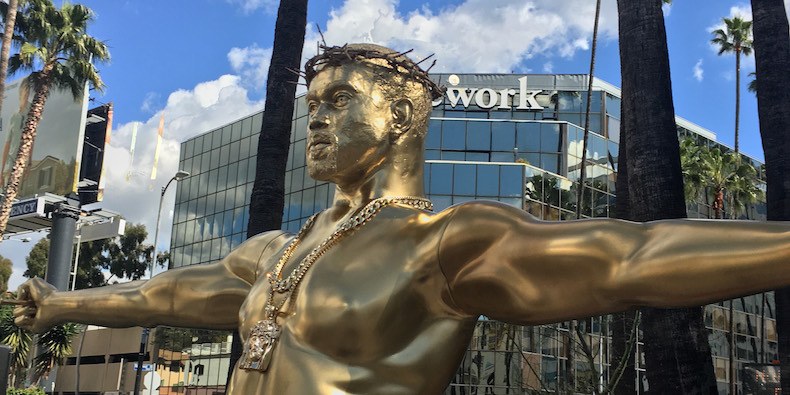