Elephants are dangerous. And this tourist is in the poo.

These are cool. A Japanese designer/scientist is turning science into art with these transparent animal skeletons. They are amazing.

Here’s a little synopsis of his project. The site is in Japanese, but the magic of google translate should fix that for you.

“Originally, the method of making transparent specimens – enzymatically turning the protein transparent, dyeing the bones magenta and dyeing the cartilages blue – was established for scientific purposes to study the skeletal system. Taking this a step further to refine the form and coloration of the specimens requires time and experience.

I create transparent specimens as pieces of work that help people feel closer to the wonders of life.

People may look at my specimens as an academic material, a piece of art, or even an entrance to philosophy. There is no limitation to how you interpret their meaning. I hope you will find my work as a “lens” to project a new image, a new world that you’ve never seen before.”

Here’s some of his work. 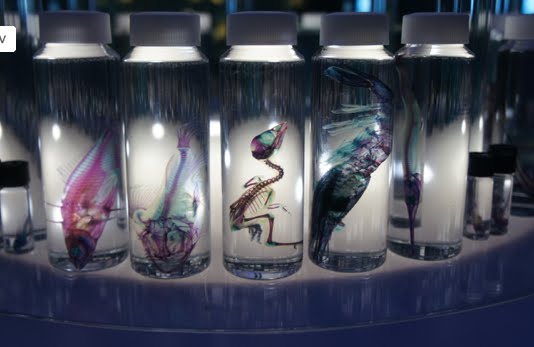 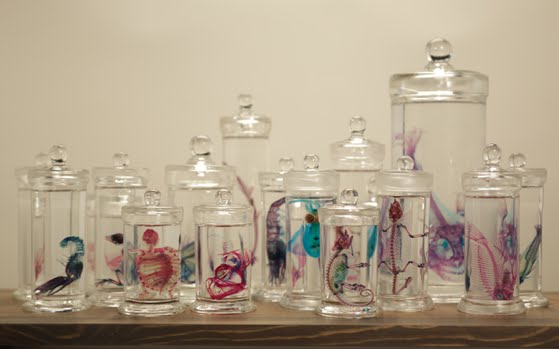 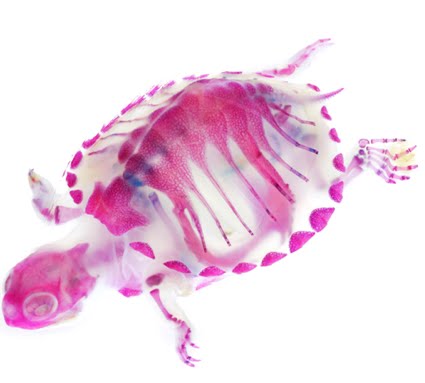 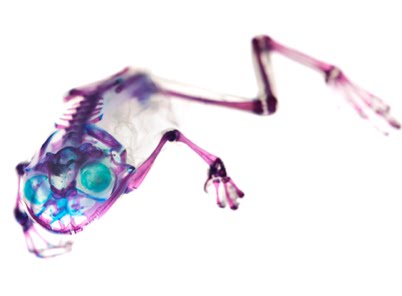 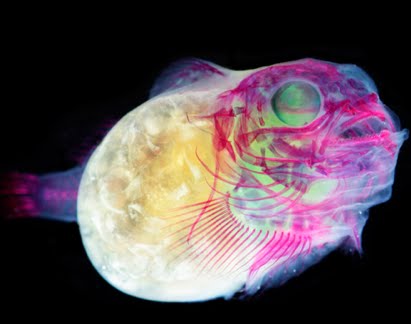 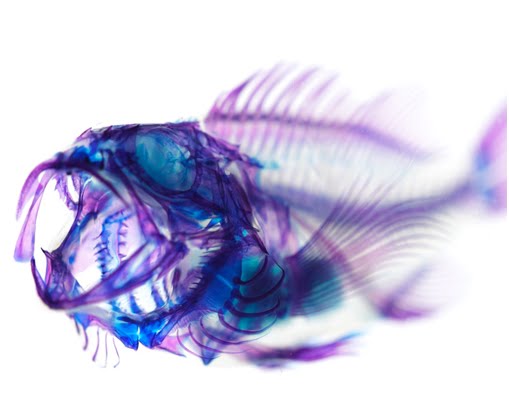 And Animals Dressed as Other Animals… So, today, we walked down King St, visited Moore College (where we stood in a corner and people watched and my wife was shocked by how young and cool Con Campbell looked, she had pictured him as a 60 year old englishman), walked to Redfern, caught a train going in the wrong direction, so we caught a different train. Then, finally, we arrived at our destination – Mecca Espresso on King St in the CBD (not to be confused with the aforementioned King St).

I’ll be reviewing Mecca on thebeanstalker.com, but I tried my first ever Clover brew. The Clover, when released, was a $15,000 piece of technology. It’s the black box in the middle on this bench: 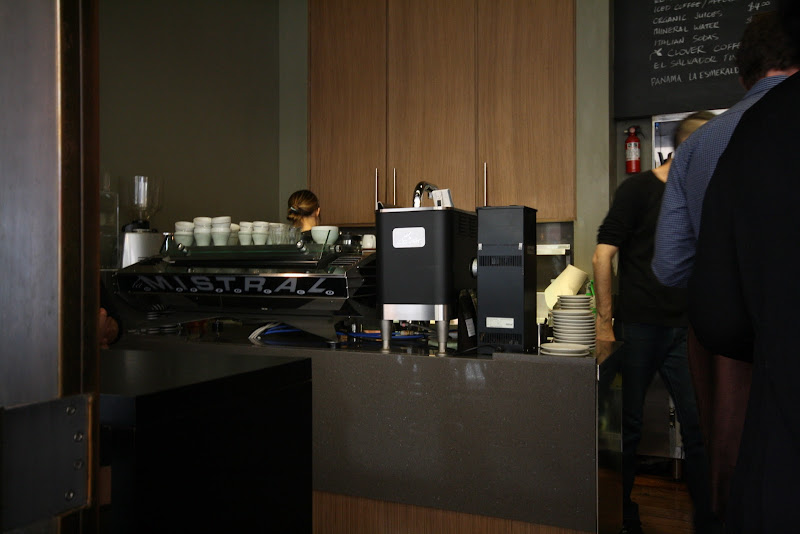 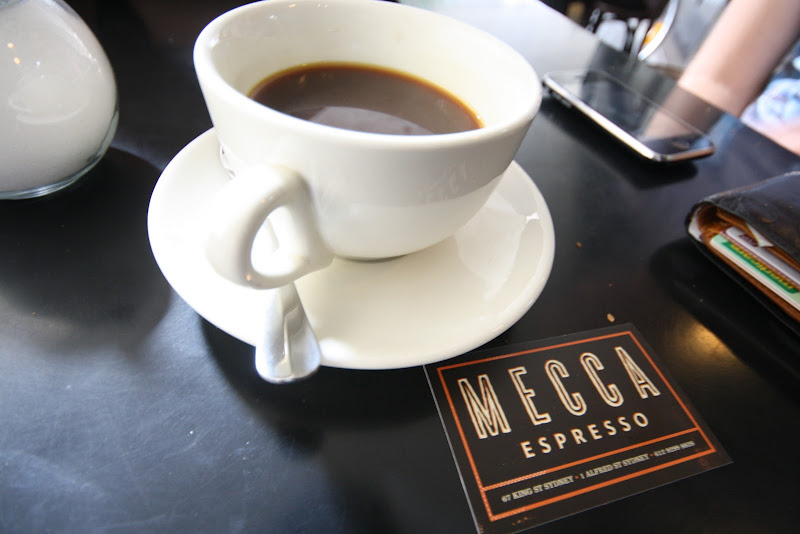 We spent the morning with my friend Paul. Which was tops. Then walked to Circular Quay, caught the ferry to Taronga, and walked around the zoo for the afternoon. Which Robyn loved and I enjoyed. 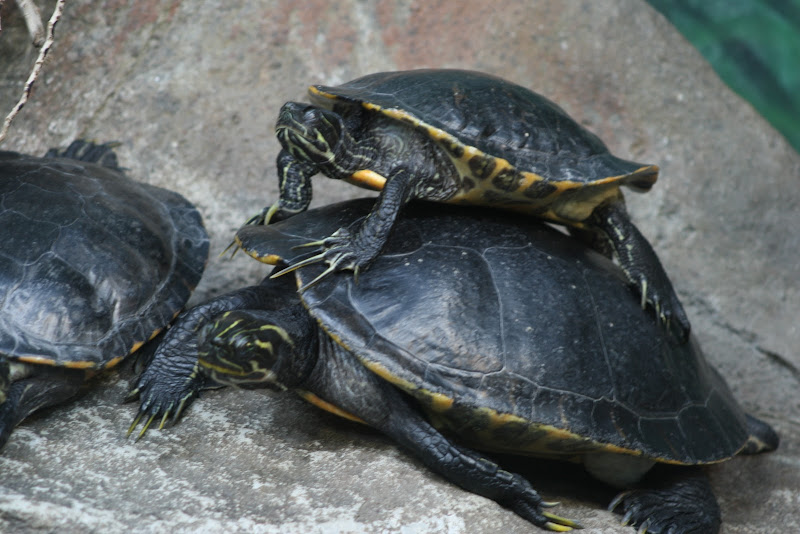 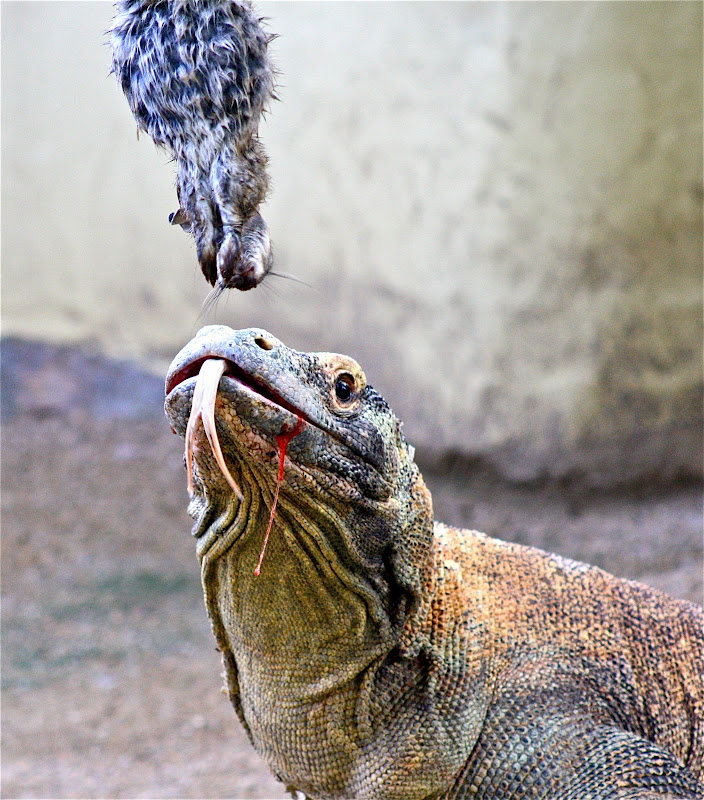 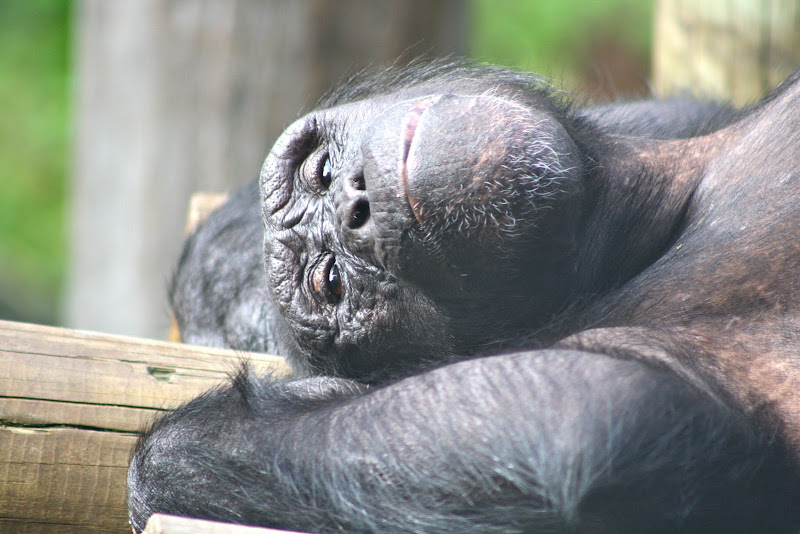 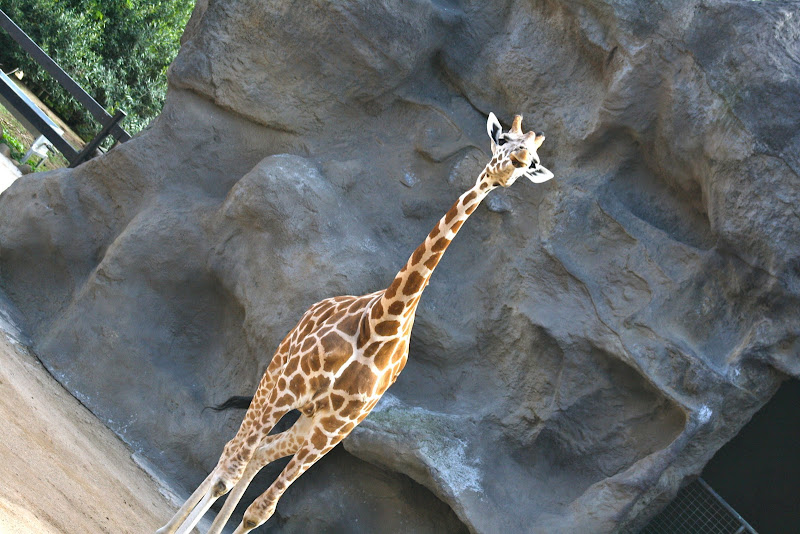 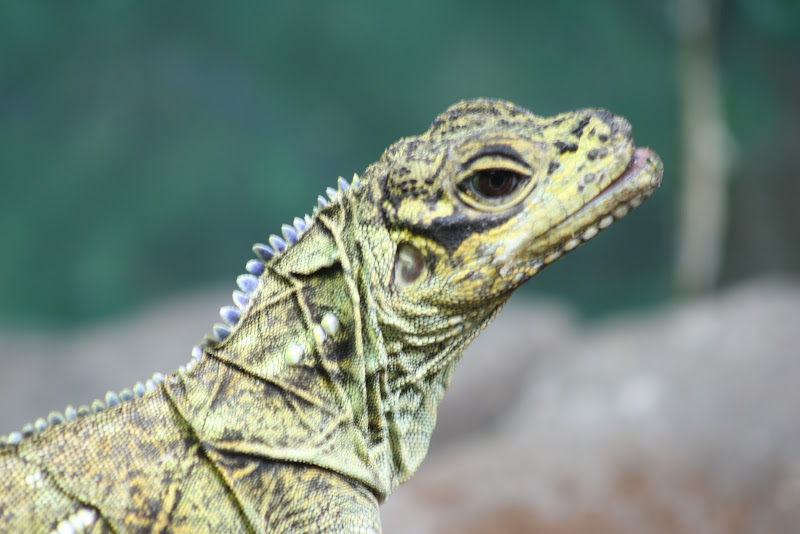 Though, some were missing… 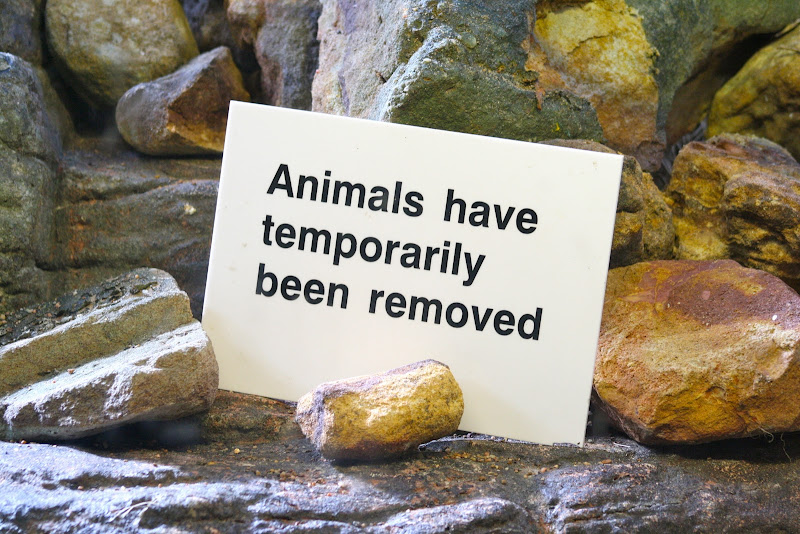 Then it was a reversal of the morning, though we added dinner at a cheap Greek place, and about 45 minutes poring through the shelves at Gould Books.

Let me just start by congratulating PETA for sinking to a new low with the name of their blog. The PETA files. Because we all think animal rights should be associated with child abuse, for the lols.

Then, let me move on to highlighting PETA’s latest ridiculous campaign.

“When PETA heard that the Committee on Bible Translation had revised the New International Version (NIV) of the Christian Bible to use gender-inclusive language, such as replacing “men” with “people,” we thought, wouldn’t it be great if the new NIV showed consideration for female (and male) animals too? So we wrote to the Committee on Bible Translation and asked them to use “he” or “she” rather than “it” to refer to animals in the next edition of the NIV.

“Language matters. Calling an animal ‘it’ denies them something,” PETA Vice President Bruce Friedrich told CNN. “They are beloved by God. They glorify God.”

Since God loves all His creation (and if you’re not convinced of this, try reading Matthew 25:40, Isaiah 11:9, or Luke 6:36), it’s only fitting that humans do the same by showing respect to every living being. Maybe Psalm 50:11 says it best: “I know and am acquainted with all the birds of the mountains, and the wild animals of the field are Mine and are with Me, in My mind.” Perhaps if we change the way we speak about animals, our thinking will follow.”

Here’s the CNN piece referred to in that post…

There are some more stupid quotes from PETA in that article, here’s the meat of their argument.

“God’s covenant is with humans and animals. God cares about animals,” Friedrich said. “I would think that’s a rather unanimous opinion among biblical scholars today, where that might not have been the case 200 years ago.”

Now, I’m not sure that PETA has even a rudimentary knowledge of Greek or Hebrew – but they may be interested to learn that their beef is with the languages themselves, not with the Bible translators. Because the languages have male, female, and neuter nouns – and you’d have to bring gender to the table by your own agenda, to suggest that animals are anything other than an it. You’d have to create a bias in the text. Which is exactly what translators shouldn’t be doing.

David Berger, a Hebrew scholar lets them have it on this basis in that CNN article:

“In Hebrew all nouns are gender-specific. So the noun for chair is masculine and the noun for earth is feminine. There’s simply no such thing as a neutral noun,” Berger told CNN. “It’s unusual to have a noun that would indicate the sex of the animal.”

Another scholar, from Baylor University, David Lyle Jeffrey, disagreed with the rest of the nonsense from PETA’s suggestion…

“I agree with their contention that God cares for all of creation,” Jeffrey said. “It is true that we have a responsibility to reflect that affection.

“In gender-inclusive Bible translation the generic terms for humankind, let’s say, are then replaced with an emphasis on he or she. Instead of the generic he, you say he and she. I don’t quite see how that would work with animals,” Jeffery said.

“Do we need to know the gender of the lion Samson slew? What would it give us there?” he said. “You could try to specify that, but you would be doing so entirely inventively if you did. It’s not in the original language. … Nothing is made of it in the story.”

“When you get to the point when you say, ‘Don’t say it, say he or she’ when the text doesn’t, you’re both screwing up the text and missing the main point you addressed.”

I’m not sure if there’s a moral to this story. But I found it a bit amusing. It’s the ultimate case of “monkey see, monkey do”… the monkey was rescued from a perilous health situation by its owner, who amputated two decayed limbs. The primate now hangs out in the house, trying to earn his keep by copying his master as he goes about his house chores. Unfortunately he has a real knack for killing chickens.

“And when Li slaughtered a chicken, the monkey copied him and has since killed about 80 chickens, reports the Chuncheng Evening Post.

“From then on, whenever it’s not occupied, it jumps into the chicken pen, and kills the chickens, no matter how big or small, and tries to pluck them,” said Li.

“His record is nine chickens in one day. The lesson I have learned is to never slaughter a chicken in front of a monkey.””

In countries that have bears (or other dangerous animals) and hunting (or in this case vets who shoot bears with tranquilisers) there’s a rule that is probably codified somewhere. Always make sure your hunting buddy runs slower than you. Here’s why (via 22 words).

When it comes to internet phenomenons I don’t normally go for “cute”, and I’m not one of those animal people – unless the animal tastes good. But this little critter is awesome. It’s a Pygmy Jerboa. Robyn will no doubt now ask me to get one as a pet…