I have a vegan friend. I keep asking if you can be a vegan and give up every meat except bacon. I also asked the other day if he would drink bottled and commercially sold breast milk produced by willing mothers. He wasn’t sure. So it was with interest that I read about this cheese that is proving popular in New York – and not just with vegans looking for a dairy fix.

Chef Daniel Angerer is letting diners at Klee Brasserie munch on cheese made from his wife’s breast milk.

The flavor depends on what the cheese is served with — Angerer recommends a Riesling — and “what the mother eats,” said Angerer, who once bested Bobby Flay on TV’s “Iron Chef.”

Unfortunately, at this point, the cheese can’t be produced without adding a bit of cow milk – but vegans everywhere are no doubt hoping that a workaround can be found… 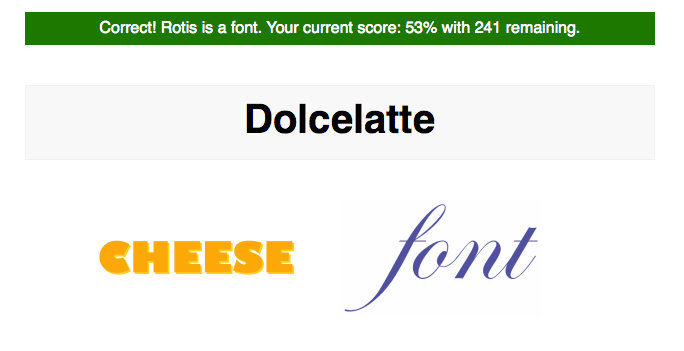 Test your knowledge of fromage and fontage with this Cheese or Font game.

Who names these things?

No it’s not. It’s a cheese knife and cutting board set. Shame it’s not actually for sale. I’d totally buy one. They’re available here. I’d love to buy one. And then my wife would totally make me give it to someone as a present.

The guy behind the product design has some other cool ideas.

Update – it turns out a lot of the really cool ideas I’ve linked to before were designed by this guy and the company he works for – worldwidefred.com – you can buy their stuff from Amazon and a host of other novelty kitchen suppliers. Like here.