I love YouTube videos that show how stuff is made.

Got this one via Kottke.org.

I’m not sure if this sort of view of the world is a blessing or a curse, ignorance is bliss right? I have a fascination with how ordinary things are made. I used to wonder how the deodorant companies packed all that smelly stuff into a can. Or in fact how any aerosols worked.

Then Abraham Piper of 22 words posted links to these 22 videos of stuff being made.

Now, though I’d never wondered, I know how globes are made. If you watch this video you will too.

And some of my other favourites.

And most importantly, how bacon is made.

And a musical interlude.

There goes half an hour of your time.

Ever wondered why you go to a restaurant and end up ordering the dish that’s not the most expensive on the menu but is certainly not the cheapest. Here’s the answer. 2. The Anchor The main role of that $115 platter—the only three-digit thing on the menu—is to make everything else near it look like a relative bargain, Poundstone says.

The humble pencil is a triumph of cooperation – the epitome of human achievement, a telling example of the benefits of industrialisation etc, etc… you’ve probably never considered it this way – and neither had I until I read this essay (via Kottke).

I, Pencil, simple though I appear to be, merit your wonder and awe, a claim I shall attempt to prove. In fact, if you can understand me—no, that’s too much to ask of anyone—if you can become aware of the miraculousness which I symbolize, you can help save the freedom mankind is so unhappily losing. I have a profound lesson to teach. And I can teach this lesson better than can an automobile or an airplane or a mechanical dishwasher because—well, because I am seemingly so simple.

Simple? Yet, not a single person on the face of this earth knows how to make me. This sounds fantastic, doesn’t it? Especially when it is realized that there are about one and one-half billion of my kind produced in the U.S.A. each year. 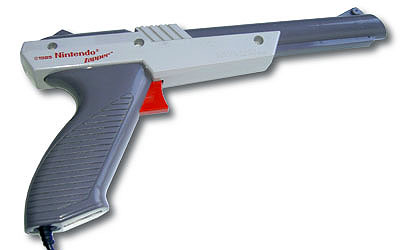