For a moment, just a fleeting second, on Tuesday, I had a pang of conscience. I post a lot of videos here that I loosely categorise as “Christians doing stupid stuff and posting it on the Internet”… I was wondering why it is I post such videos. The other sites that do it seem to do it because they don’t like Christianity very much. But that’s not me. I love Christianity. I love the church. I love broken and stupid people trying to serve God with their gifts. And yet. I watch a video like this:

And I think “I just need to post that” – I didn’t post that video on Tuesday, and I only post it now, because it illustrates a point. Stripped of context that video is really dumb. In context, it’s an instructional video for a holiday kids club (judging by the title) that I assume has been uploaded to YouTube to cut down on pointless time in leaders meetings. A nobel aim. One that should be applauded (there are “private video” settings on YouTube though – which are probably more suitable for this sort of thing).

There are Christian videos online, and there are videos from “Christian Culture”… and there are those that just brilliantly highlight what is wrong with some of the parasites that have attached themselves to Christian culture…

So, I felt a little guilty about laughing at brothers and sisters in Christ. I thought “people laughed at Noah when he was building an ark, just because something looks stupid doesn’t mean it is.”

Then. I read this post on the Dilbert Blog by Scott Adams called the mockability test. And it kind of summed up why I think we need to call out Christians when they do ridiculous stuff. And lets face it. If God hadn’t directly said to Noah “build an ark I’m going to flood this place” – it would have been pretty ridiculous to build a massive ark and start collecting pairs of animals (I might be looking at you, creation museum builders).

Here’s a snapshot from the Dilbert article:

“I have a theory that some sort of mockability test would work like a lie detector in situations where confirmation bias is obscuring an underlying truth. In other words, if you believed that hard work often leads to success, and yet I could easily make jokes about it, that would be a contradiction, or a failure of the mockability test. And it would tell you that confirmation bias was clouding your perceptions. To put it in simpler terms, if a humorist can easily mock a given proposition, then the proposition is probably false, even if your own confirmation bias tells you otherwise.”

What I really want, when I post these videos, is for any of my readers who are interested in seeing the gospel being spread to their neighbours to take stock – and make sure that everybody in any of their flocks, spheres of influence, or family, avoids doing stuff that makes Christians a laughing stock.

The cards are stacked against us as it is with our counter-cultural gospel without us building extra obstacles onto our culture. You know the type of obstacle I’m talking about. The type that makes it look like being a Christian requires twirling flags around and speaking in tongues, or being completely off your face (though I’d put those people in the “calling out heretics” category not in the “hey this is slightly wacky” category), or just looking like an idiot. And I want non-Christian readers to go “yeah, those people are on the fringe of Christianity and converting doesn’t mean I have to have a lobotomy”…

So that’s why I’m going to keep posting videos of Christians doing dumb stuff on the internet. Because family members do dumb stuff all the time – and it’s loving to call them out on it in the hope that they’ll stop. It’s tough love.

What do you think? Should we be mocking videos of Christians, or people calling themselves Christians, doing stupid stuff? Are there reasons I haven’t considered for, or against, my argument?

Seriously. What sort of answer was this (in about the tenth second)…

It must be hard to know what you stand for when your minister sounds like a fortune cookie (check that out on Challies), and can’t get the gospel right… on national TV.

I have no plans to plant a megachurch. Imagine the administration hassles. But I am an armchair megachurch planter. And here are my ten steps based on my observations. I have studied (some might say rigorously) five different megachurches at various stages of the developmental process – form megachurch megastar Joel Osteen to the New Calvinism’s Mark Driscoll. Lest you be concerned, the essential steps to growing your megachurch (based on my observations and my list), don’t seem to require any mention of Jesus. 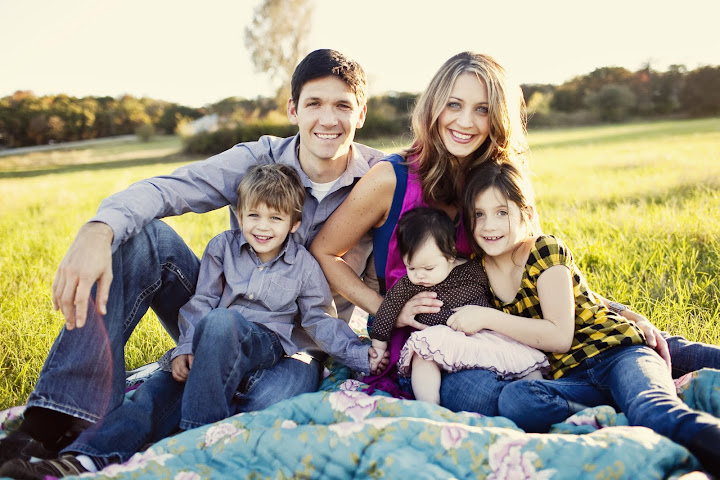 If you’re not a good looking guy with an equally (or slightly better looking) wife then you should resign yourself to just running an ordinary church. If you are good looking then here are the rest of the steps… 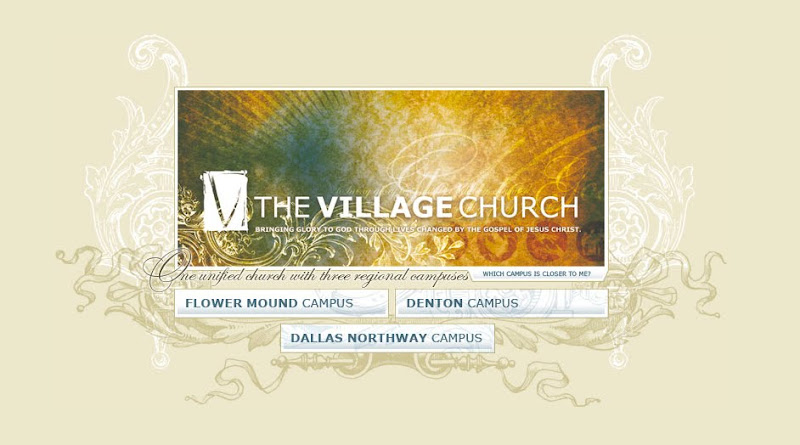 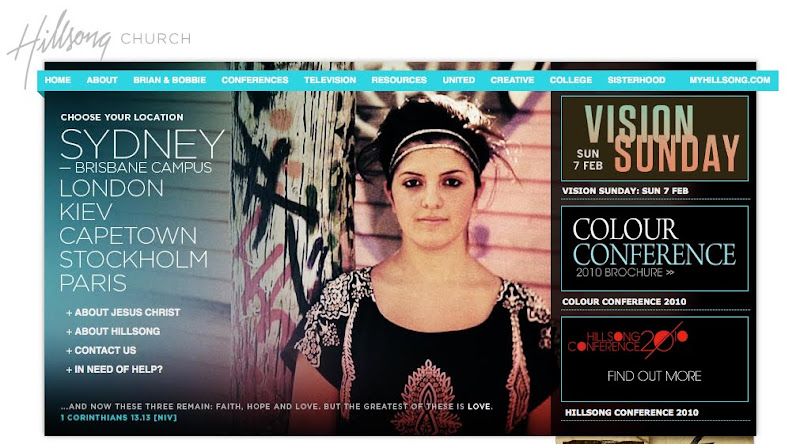 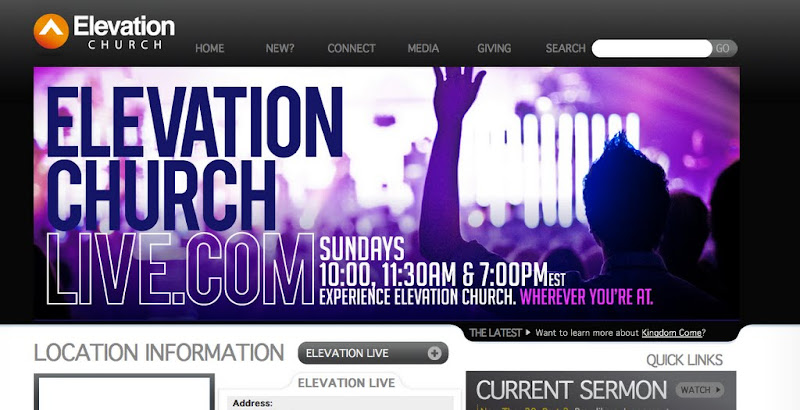 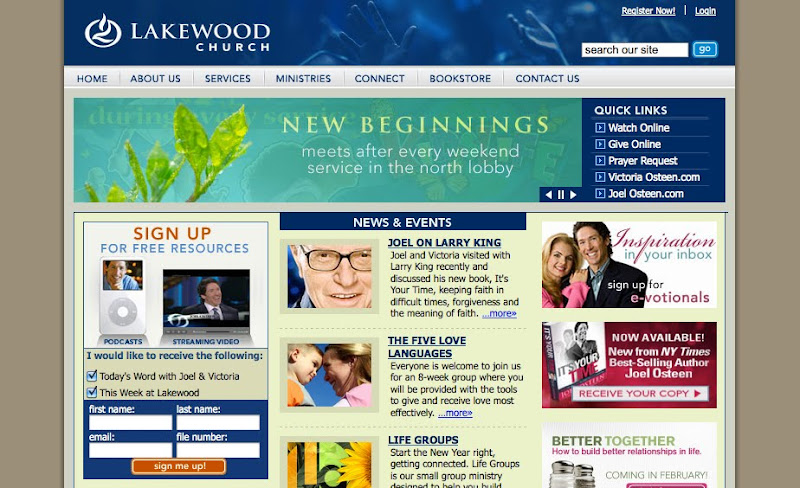 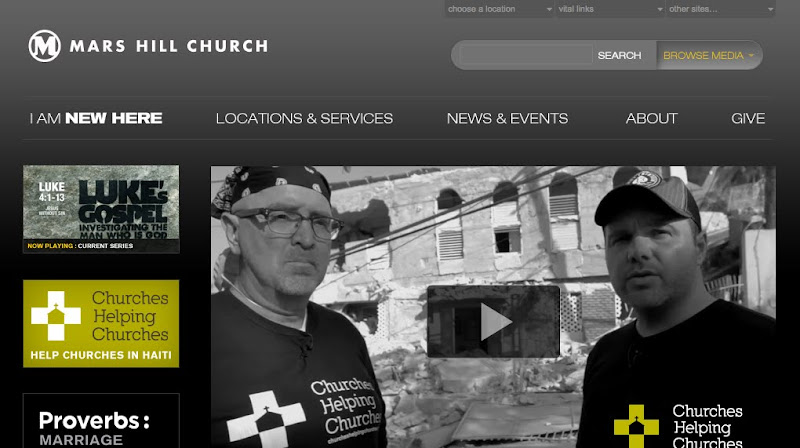 You can gain megachurch style points by having your own personal website too. You get extra points if your own website outranks your church website when searching for your name, but lose points if the .com version of your name belongs to someone else (I’m looking at you Mark Driscoll, and you Brian Houston). 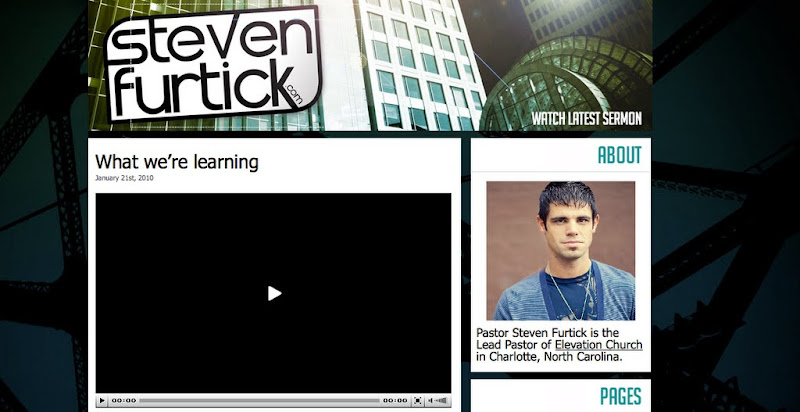 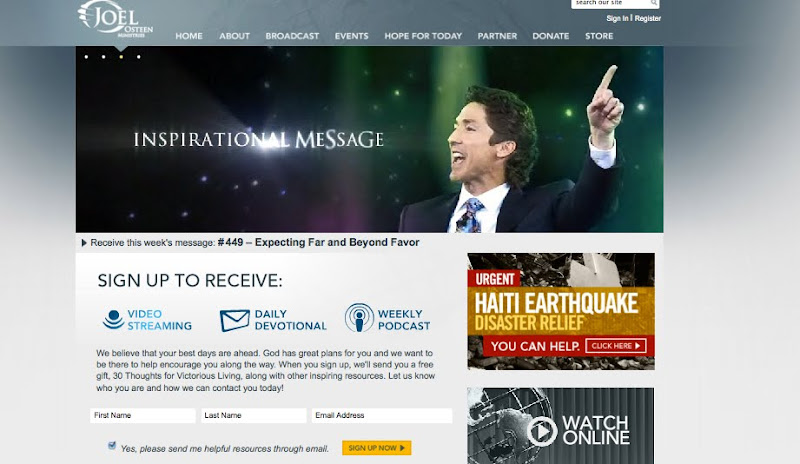 If at first you don’t succeed – Pull up stumps, blame God (or the Devil), reassess your marketing strategy and go back to step 3. Unless you decide that you aren’t actually really, really, ridiculously good looking. But even then there’s hope. You just have to wait until you’re old and austere.

The Friendly Atheist thought it was pretty funny that Google says mean things about some Christian leaders when you type their names and “is” using Google’s predictive search thing.

I ran the test. I came up with some interesting results. 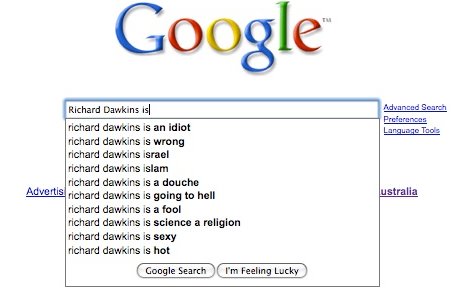 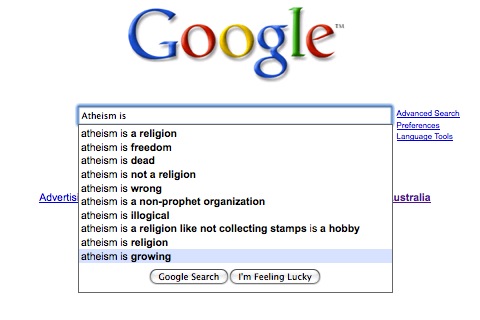 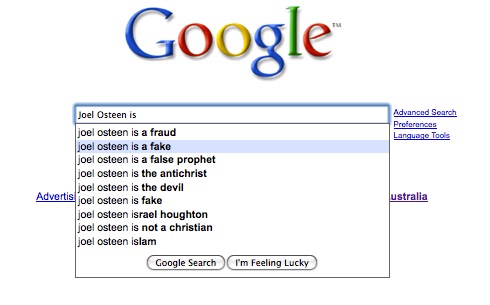 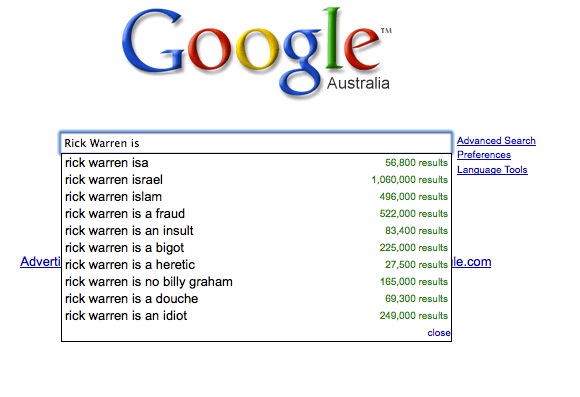 Google gets this one right… 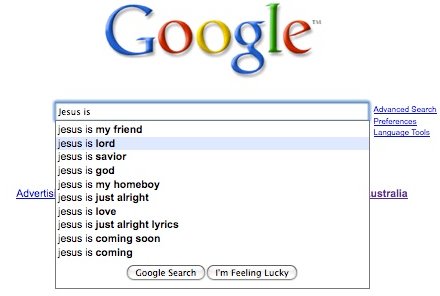