Apologies for the stagnation. My little sister is getting married tomorrow, and I’m preaching on Sunday. So expect it to continue for a couple of days.

I will try to find interesting things to say in the meantime.

My sister has a blog – at this stage tracking her German holidays (on a scholarship) – if you like it when I try to write wry observational posts, but would prefer them to be funny – then you should check it out.

Izaac has started a Pixar watch blog in his holidays.

I’ve registered a domain for my own holiday project – watch this space.

My little sister obviously didn’t get the memo. You know. The one I addressed to the whole world inviting contributions for the increasingly inappropriately named “Mad Skillz Week”… you can decide the basis that I think the name is inappropriate for yourself. Anyway, Maddie, aka little sister number 2, had this to contribute.

I was annoyed that Nathan didn’t ask me to give input during mad skillz week. I thought perhaps he didn’t believe I had any mad skillz, and he may have been right.

I’m Mad, but the skill part still eluded me. I considered giving 5 tips on how to be me. But then if all the readers took my advice there could be maybe 3 or 4 of me running around and so I thought the better of it.

I considered writing 5 tips on how to be a cat lady.

Well now you see the problem. Plus since I’m not actually a cat lady it seemed like a fallacy.

Still I was convinced I could give 5 tips on something. Then it hit me…

(in no particular order of importance, except point 4)

My clever little sister (number 2) made these Tiny Teddy Pictures for your enjoyment and edification. 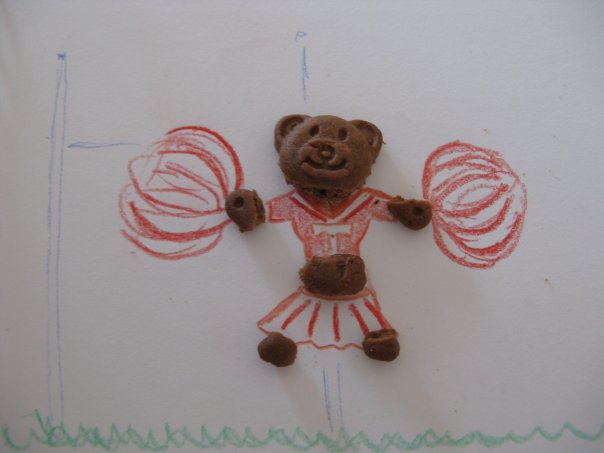 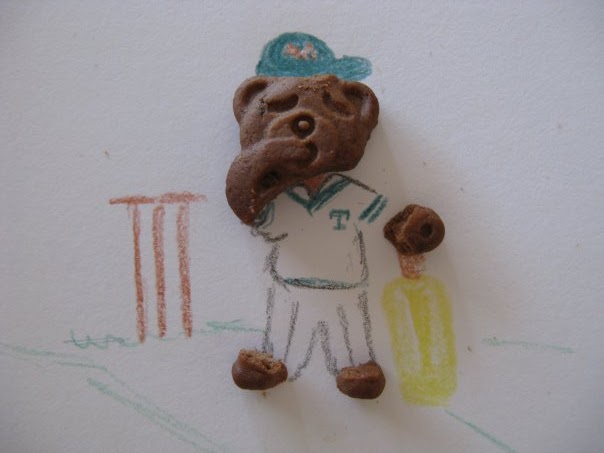 Like little sister number two – see post below – I haven’t read Twilight or watched the movies. But people I respect have. And their opinions on the matter seem divided.

One thing I can’t understand. And I am a completely heterosexual male so this might be a case of perspective… but one thing I just don’t get – is how the guy from the Twilight movies is considered remotely good looking. Let alone the officially recognised “Sexiest Man in the World”…

I think my friend Benny put it best when he asked when the disheveled homeless look came in. Robert whatever his name is always looks like he’s spent the last week sleeping on the street. And perhaps he has. Derelict was a Zoolander satire – it wasn’t a prophecy.

I don’t normally get excited about Chinglish. It seems vaguely racist to laugh at another country’s attempts to come to grips with a literally foreign language.

But I couldn’t resist this…

Seeing a cute furry thing with that written on the box reminds me a little bit of our family’s pet kitten – Cadbury. I was a cat person for about four months*. Until Cadbury met an untimely demise due to a windblown pot plant… to cut a long story short it crapped all over little sister number 2’s arm.

Just one of those stories I’ve always wanted to put on my blog but never had a pretext for… until now.

* I have no real recollection of how long we had the cat for – but it was most traumatic when he/she/it died. We even had a day off school.

Little sister number 2 is 21 today. It’s her actual birthday. She is contemplating a pet turtle as a present from the parentals – here’s a little bit of persuasive multimedia propaganda… featuring our crazy ninja turtle Frankie.

When your little sister (number 2), who is topping her course at uni (Business)  tells you to do something. You do it. Because you know it’s good business. She wants me to post this Ninja Checkers Set from Etsy. So I did. Also, it’s got ninjas. So it’s pretty much natural blog fodder round these parts anyway.

I spent last Saturday morning going through some old family home videos ahead of dad’s 50th birthday (on April 12). I have to edit them down into a nice little family video production. Dad has set the video production bar pretty high – as you’ll see on his design4church blog. Here’s the MPC promo video for this year’s “Rechurch” theme…

Oh the shame. My parents recorded some very cruel things that will no doubt come back to haunt my two sisters who have not yet celebrated 21st birthdays. Tomorrow I will resume this task.

I wonder if there are ethical problems with posting videos of your younger siblings doing embarrassing things on YouTube without their consent and many years after the fact?

Would it balance it out if I posted skeletons from my own closet? Like the matinée performance of my starring role in our fifth grade (at school not a comment on quality) musical performance of Oliver. This is quite bizarre. I had never been to Design Bloom prior to little sister number two’s recommendation last week – and now I’m posting another link to it.

Where has this site been all my life?

Merging two types of tables is nothing new – KMart has been selling an all-in-one air hockey/pool table/table soccer table for years.

But this is so classy. Table Tennis meets the dining room. Little sister number two suggested I should check out designbloom. I did, but didn’t think much of it. Until another site sent me to these awesome plates that aims to do away with any other cooking appliance. Except perhaps a weather forecasting toaster… How much money are you ok with keeping if you find it on the ground?