This free Media Relations ebook (PDF) from Church Juice echoes much of what I’ve written here over the years, but with better typograpgy. It’s a very handy resource. 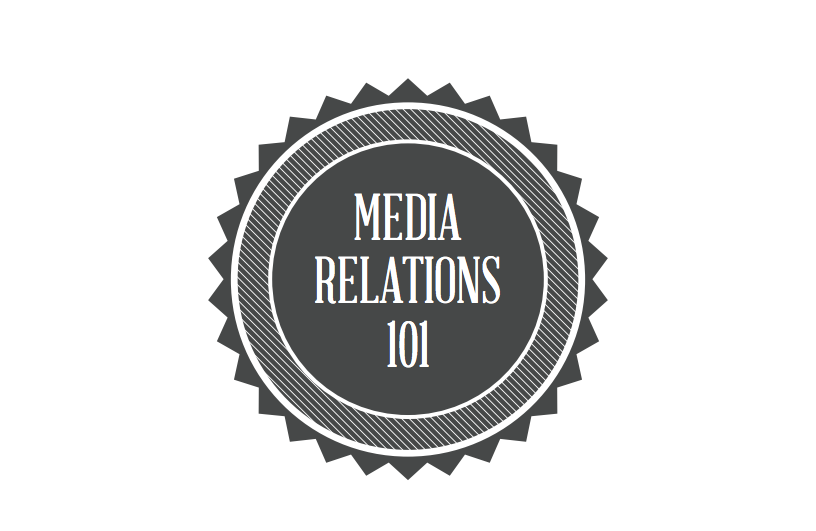 I’ll keep flogging this dead horse for just a little bit longer. So bear with me. As I think about how I’d frame a media release regarding the Christian view of the gay marriage debate (as promised in a previous post) here are the guiding assumptions I’m bringing to the task. I’d love to know what you think.

1. The primary message of any Christian foray into the public sphere should be based on the gospel of Jesus, and his place in society

He is our interpretive key for reality. It should take into account his approach to the government of his day (he let them crucify him), his method of rule (the cross), his commands to love our neighbours (and especially the poor and the sick), the resurrection (his and ours), and its implications for life now.

2. The secondary message of any Christian foray into the public sphere should be based on our position with regards to Jesus, and our place in society.

We are sinners, saved by grace, whose ideas on morality and governance are framed by the Holy Spirit and the Bible. Ideas that Christianity should be the dominant paradigm for legislation are relatively culturally out of date, and largely unbiblical. We have an obligation to speak the truth with love. Not just speak the truth to win.

3. The first two points should function as a Media Release checklist.

Is what I’m saying consistent with these points? Have I ticked these boxes? That’s our brand guideline. Our corporate style guide. If it’s not on message. Don’t say it. You’ll clutter the brand message. If you need a new brand, start one. The church isn’t Richard Branson’s Virgin empire. We have one product. Morality is part of the user experience, not a product of its own. If we sell morality without Jesus we’re selling a cheap knock-off that will fall apart in days. And damage the brand. Marketing people talk about selling the sizzle and not the sausage. That’s one of the differences between marketing and PR. PR requires substance. If our substance is not Jesus, but a bi-product, we’re in danger of selling the health benefits of sausages rather than sausage or sizzle (ok, that analogy breaks down).

4. Jesus’ lordship of the world means we have something to say about morality based on revelation.

Both the Bible, and natural law. But especially the revelation that came in the form of the life of Jesus.

5. There’s an increasingly good chance, in our post-Christian secular context, that our message won’t win issues.

So there’s no excuse to not try to use our message to win souls. Especially if we’re getting our message in front of a national audience. This doesn’t mean not speaking on issues, it means making sure our position on issues speaks to the truths about Jesus, and about us.

6. Everything a Christian says as a Christian representative in the public sphere has implications for Christians everywhere.

Even those who disagree with particular political or theological decisions. We should exercise such a role with care. While today’s paper is tomorrow’s fish and chip wrapping, the essence of a story will last and shape public perception of the brand involved. Stories, in the Internet age, are more permanent than ever before and more linked and interwoven than ever before.

7. So we might as well talk about Jesus rather than filtering him out hoping for a more palatable message.

8. Blaming the media is too easy.

We say the media is hostile – but they’re not really any more or less hostile than the rest of society. The media is a mirror of society, sometimes like a circus mirror that distorts its source according to its natural bias. Most people consume content from outlets that confirm their existing bias. Few people take that into account. Know the bias of the outlet you’re talking to and frame your approach to take that bias into account. PR is like lawn bowls. You’ll get closer to your target message if you factor the conditions into your delivery.

9. It is overly pessimistic and paranoid to speak of a media agenda against the gospel – as though the media is different to the rest of society.

Journalists, on the whole, are pretty nice people trying to do the right thing by contributing to society. They, like all of us, have personal presuppositions and biases, but they are professionally obliged to seek objectivity.

10. This presents interesting conflicts of interest for Christian journalists.

11. Media coverage, positive or negative, is largely about relationships.

12. You will get slammed in the press if you say stupid stuff.

One example of saying stuff is giving the conclusions of your position without stating your working out. It’s like a math exam. You get marks for cohesive thinking, not just the right answer.

13. Articulating your framework is the journalist’s job. So you need to make sure they understand it.

The reality of media coverage is that in the average story you’ll get two sentences of direct quotes if you’re lucky. And a whole media release verbatim if you’re very good.

14. Journalists can’t say you’ve said something you haven’t said, and are limited to saying things you have said.

So when you say something, make sure it’s on message. Don’t give fuel to the fire.

15. The bigger the media outlet the more likely it is that the journalist will be playing you off against a rival point of view in some sort of Hegelian dialectic, as though this ticks the “objectivity box.”

Bigger outlets have more resources to throw at stories. This means they’ll talk to more people. The smaller the outlet the more likely they are to run your Media Release word for word, especially if it appears balanced. And not as a graceless polemic justifying your position.

16. There is no excuse for not being on message in your Media Releases.

In conversations with the ACL they’ve suggested their approach is to provide the conclusions of a worldview and that they are motivated by the fear of not getting coverage if they’re too preachy or nice. This is not an excuse not to be preachy or nice.

17. Media Releases aren’t just a statement of your position on an issue, with some quotes.

They’re articulating the basis of your position because they are the starting point of research for the journalist. The aim of a release is to do as much of the work for your position in the argument as possible for the benefit of a journalist.

This is especially true in the day and age of the Internet where most people put their releases online. They show where an organisation stands for anybody researching an organisation. Our audience isn’t just the media, and our purpose isn’t just securing coverage.