“Former US Republican vice-presidential nominee Sarah Palin is still mad at media coverage of her candidacy, particularly “anonymous, pathetic bloggers” who she says spread falsehoods about her.”

Guilty as charged. Although I’m not anonymous. And I don’t think anything I said was false. From the SMH.

“”If I were giving advice to myself back on the day my candidacy was announced, I’d say, ‘Tell the campaign that you’ll be callin’ some of the shots. Don’t just assume that they know you well enough to make all your decisions for ya,” Palin said.”

That would have been a real difference maker. She can’t open her mouth without sounding like an illiterate yokel.

“When I was in high school, my desire was to be a sportscaster,” she said. “Until I learned that you’d have to move to Bristol, Connecticut. It was far away. So instead, I had a daughter and named her Bristol.”” 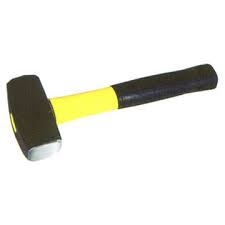 Palin comparison – that would have been a phonetically funny pun.
Sarah Palin is kind of starting to make sense as the Republican Vice Presidential candidate – she is the complete opposite of Barack Obama. It’s a race of binary oppositions – he’s a black, she’s white, he’s a man, she’s a woman, he’s allegedly a fundamentalist muslim, she’s allegedly a fundamentalist Christian, she’s a republican, he’s a democrat – and the clincher he’s a master of the english language and oratory – she’s barely an apprentice.

Her interviews with TV networks have been heavily regulated – and here’s why – a mapping out of her sentences – and then the chance to conduct your own interview* with Sarah Palin based on actual interview answers she’s given.

*In the “Choose your own adventure” novel sense…

A while back I suggested that Obama was the closest thing to Matt Santos (West Wing President number 2) running in this campaign.
Here Obama meets Bartlett in an interesting fact meets fiction interview with West Wing creator Aaron Sorkin.
Obama is creating a great degree of angst in some Christian circles because of his stance on abortion – I’m not going to enter that debate here. I just think his other policies (and there are many) are better than McCain’s – and Palin just plain (nice anagram use there…) scares me. Obama’s oratory skills are still enough for me to tip my ineligible vote in his direction.
Life imitating art. Just like Palin’s VP nomination could eventually imitate the plotline from “Commander in Chief” where an aging president dies having chosen a young, underqualified, female VP candidate who has to take the reigns unprepared.

Scary if you’re on an Air India flight – or an American.