Have you been wondering why the Labor party is launching its campaign today – less than a week out from the election? I know I have. Now I know, and it makes me grumpy.

…a loophole in Department of Finance policy means the sizeable daily travel allowances for politicians and staffers are paid out of the public purse until the day of the respective political parties’ campaign launch.

The Liberal Party and the Nationals have been carrying their own costs for a week and will ultimately be financially responsible for nine days of the 33-day campaign.

However, the ALP will continue to have public funding until the conclusion of tomorrow’s ”official” campaign launch in Brisbane, leaving Labor with just five days to pay for.

Minor parties have never looked more attractive to me.

Murray Hurst, The LNP candidate for Townsville has a problem. He’s been pigeon holed as “the former North Queensland Cowboys coach”. Which he was. In 2001. After that he was a councilor at Thuringowa City Council – a much more credible position if you’re running for election. Unfortunately Mr Hurst has a problem. His campaign strategy seems to be to remind people that he was the Cowboys Coach.

“In many ways it’s like a rugby league team at the highest level,” said Mr Hurst, who coached the Cowboys in the 2001 and 2002 NRL seasons.

“You’ve got to worry about your own backyard without being overly concerned about who you are facing in the election.

“It’s always a case that you’ve got to have a good team behind you. Obviously now with a new opponent, one I didn’t expect, it may be different but it’s me and my team against the Labor Party.

In this interview from the Brisbane Times he goes on to talk about important stuff. Like infrastructure spending and health. But it’s too late. The horse has bolted. If you’re reading this Murray – and no doubt your crack campaign team has a google alert set up to tell you when people are mentioning your name – no more football analogies. This is an election campaign. 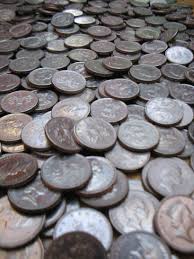 The problem with campaigning on a definitive narrative – or theme – is that you’ll be stuck with it when you get into office. Like the Rudd government and the economic albatross around its neck – Obama is now stuck with this rhetoric of change. And is copping criticism for appointing people with Washington experience. His whole campaign message was predicated on getting rid of the influence of lobbyists. Not getting rid of everyone in Washington…

Here’s Obama’s take on the situation from the Huffington Post.

“So it would be surprising if I selected a Treasury Secretary who had had no connection with the last Democratic administration, because that would mean that the person had no experience in Washington whatsoever. And I suspect that you would be troubled and the American people would be troubled if I selected a Treasury Secretary or a chairman of the National Economic Council, at one of the most critical economic times in our history, who had no experience in government whatsoever. What we are going to do is combine experience with fresh thinking.”