Wow. What a semester. Luckily I’ve only got to do this three more times…

Sadly, my “break” is shaping up to be almost busier than the semester. Plenty of deadlines to meet. PR work to do. Sermons to preach. Coffee to roast (and make). Cafes to check out.

Hopefully we’ll get away somewhere for some days so if there are a few days of radio silence maintained here – that’s why.

In the meantime, I’ve got a backlog of things to post here that will hopefully keep you amused. No doubt I’ll find some semi-serious things to write about… In the mean time, here’s a cute photo of my baby girl – who is now just shy of half a year old. 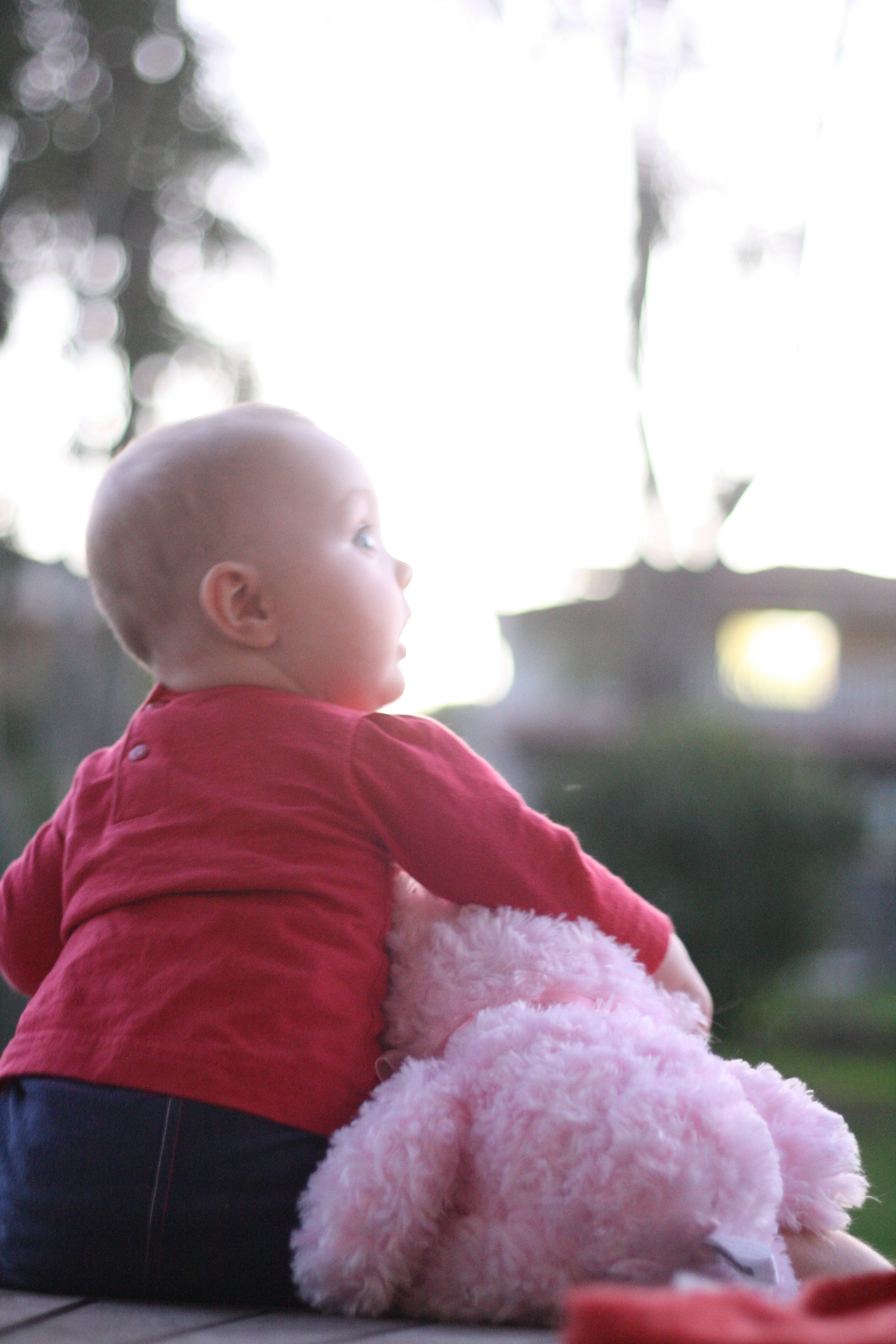 I’m looking forward to spending some time with my girls in the next couple of weeks.

So a while back I courted controversy by poking fun at parents who overshared on Facebook. Now, the world has turned and revolved. Time has passed. And I’m a parent. Which is great. Really it’s up there as one of the equal best things that has ever happened to me.

Like all parents I believe my offspring to be the cutest and most interesting baby the world has ever known. Like most modern day parents I believe Facebook is a great medium for sharing content with interested people who live a long way away. Like my sister who lives interstate, and my sister-in-law, brother-outlaw, and nephew who live overseas. It’s so easy to justify posting stuff on this basis. But that. Friends. Is a slippery slope into oversharing – about which my thoughts have not changed. But consider this a preemptive post which I will supply in the future to anybody who calls me out on the potentially perceived gap between my words in 2009, and my actions in 2012.

So here are my six rules.

1. Make it opt-in. Don’t force people to consume what you’re putting out there. The internet pretty much does this for you though, so I don’t worry too much about that.
2. Make it interesting. People won’t hate you for oversharing if they’re entertained, or what you are posting is actually cute. Check with someone else. Edit. Put up less than you think you ought (I’m a little guilty of breaking this last bit). Leave people wanting more.
3. Keep it contained. Don’t post a new album of photos every time you upload a photo. Post photos to the old albums. Don’t clutter people’s newsfeeds with an upload a day, upload a batch at once.
4. Don’t be single-minded. There’s more to life than your child and than your role as a parent. Talk about that stuff too. For me this means posting about coffee. Posting links to cool stuff. Posting
links to my blog(s).
5. Don’t potentially embarrass the child. Remember your child isn’t old enough to censor you yet. So self censor. I have good poo stories, and good spew stories. But only posted about the latter when it was me who got covered, and mostly because Robyn’s response to said covering was to laugh and get the camera, rather than to clean me up.
6. Never. Ever. Give gratuitous parenting advice to anybody on the basis of how excellent your own child is, or how brilliant you think you are at parenting. Especially if you’re not a parent.

So, that’s really a long justification for sharing these additional photos of our incredibly cute daughter. Dressed in a koala suit that I bought online. When I ordered it a couple of months ago I was told that it was tacky and horrible. Now I think it’s safe to say that the purchase was inspired. 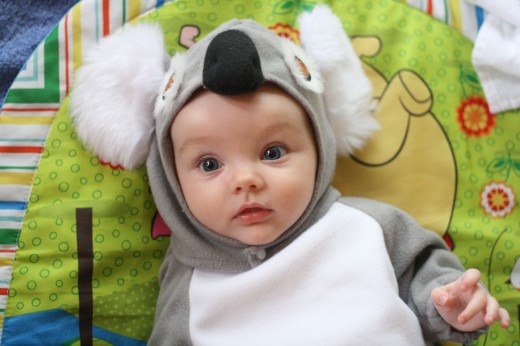 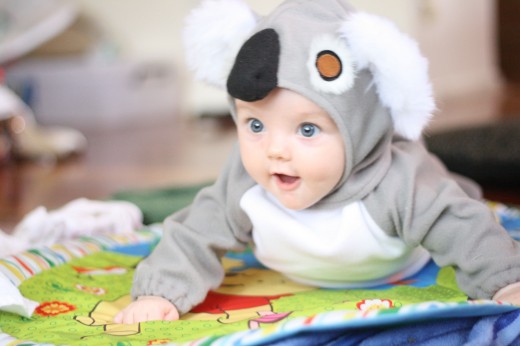 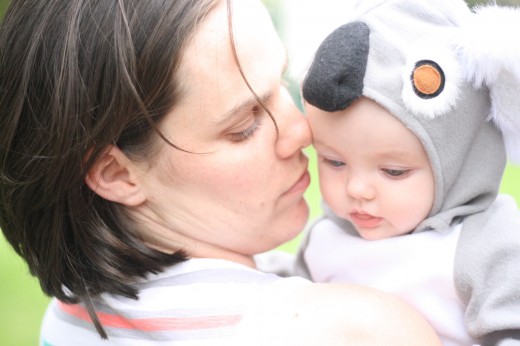 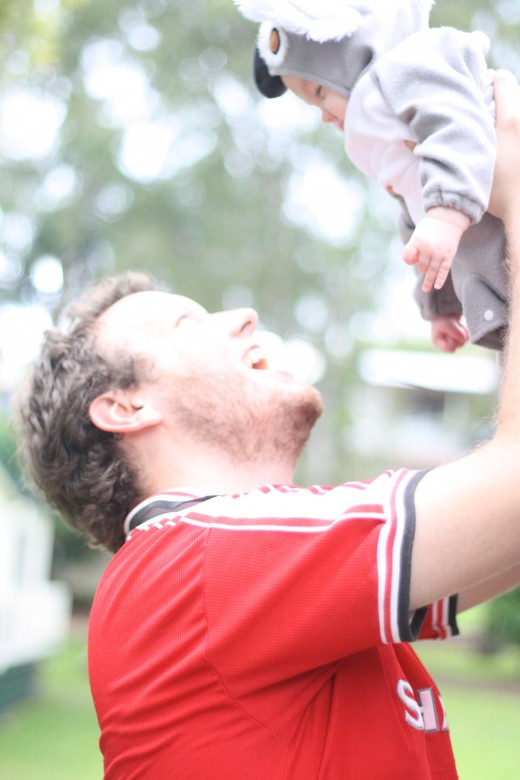 So I am a father. With a daughter. That’s going well for me. I’m also a blogger. So putting two and two together, I give you Hey Soph, a blog where I’m collecting things I think will either amuse my daughter now, or in the future. Mostly its animals. Cute animals. At this stage.

I like to think that St. Eutychus exists to amuse my inner 10-12 year old boy. So this is a bit of a change of pace for me – though I will be trying not to enforce gender stereotypes. So there will be Lego. I’m sure.

At about 10.43 this morning our world changed forever. Hopefully for the better. With the safe arrival, via Caesarian (somewhat unexpectedly after a routine appointment yesterday) of our amazing daughter Sophia. I’m very proud of my wife for carting our child around for nine months on the inside. And absolutely delighted to meet our daughter in the flesh. I suspected it was a girl all along.

We’re thankful to God for a safe delivery, great medical care before, during and after birth, and the love we’ve felt from friends and family who have expressed joy with us. Having children is not something we take for granted, and we grieve with those who feel a pang of sadness with this sort of announcement. But God is good – he answers prayers – and we can testify to that in a new way today.

Fatherhood changes a man. So much that my original very funny title for this post is now buried in the tags. 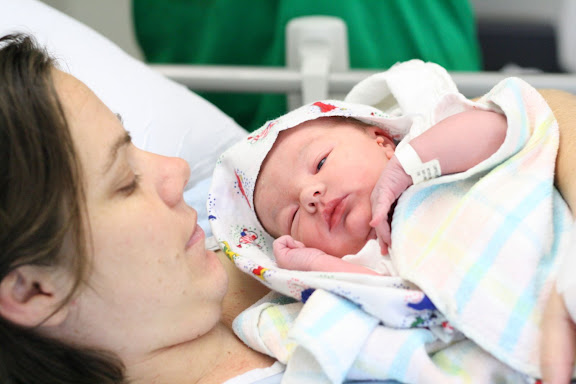 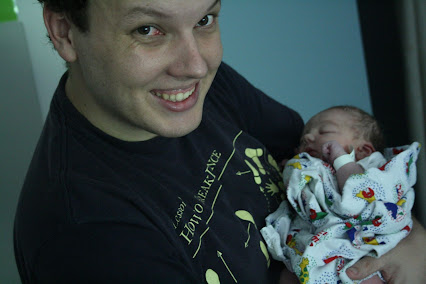 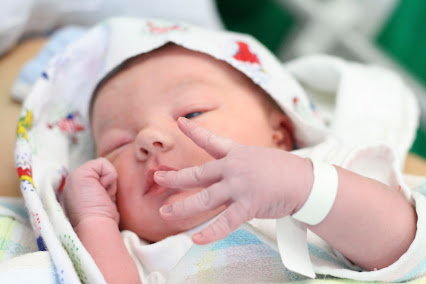 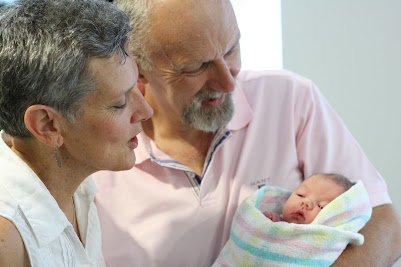 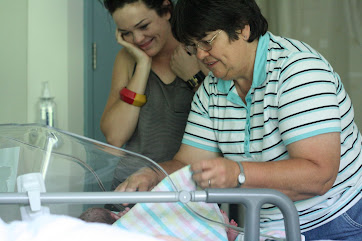 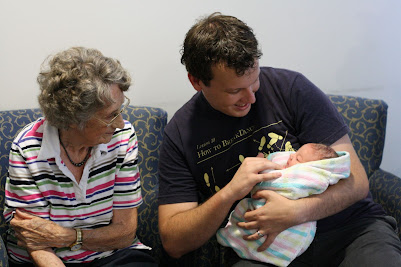 Are all overjoyed with the news. It has been a pretty rollercoaster year for Robyn and I, so this is a nice way to end it. And being a Christmas baby, I’m thrilled for my daughter’s sake that she doesn’t have to share my birthday.