A while back I made a nostalgic post about the CDTV – the first CD based gaming console I ever played. Those nostalgic console stories will probably continue – I haven’t mentioned the Amiga CD32 or the 8-bit goodness of the NES yet – but today’s trip down memory lane will focus on the original 8 bit entertainment. Lego.

“if all the Lego bricks ever produced were to be divided equally among a world population of six billion, each person would have 62 Lego bricks.” –An interesting fact from the wikipedia article

I probably spent more time playing with Lego than any other toy or game in my childhood. Lego was is awesome. A little while back, after I started earning a wage I thought about buying some new lego to play with – but the little men – apparently called minifigs (like the little pirate below) had been replaced by these cretinous things that almost had opposable thumbs.

“At 96.73 feet (29.485 meters) this Lego tower built in the Rathaus Platz in Vienna has broken the world record for the tallest Lego construction in the world. It took nearly 460,000 bricks and it was built over four days. The views from the top are quite stunning” – from Gizmodo

Equally impressive is this Flickr collection dedicated to BrickCon’s Zombiefest.

And for those of you who don’t have a lego arsenal capable of taking on the zombie hoards – there’s always this collection from BrickArms to get you by. 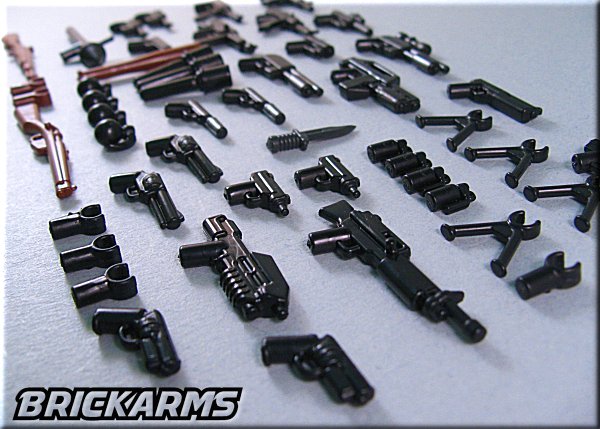 Language warning on both these though – only mild for the top one… it’s bleeped out.