Clearly I offended people by suggesting some details about your life (particularly gory parenting details) should be kept private and not trumpeted to the world via Facebook.

There must be more to this oversharing thing than meets the eye… I thought. So, being the student of Gonzo Journalism that I am, I became part of the story, and investigated… 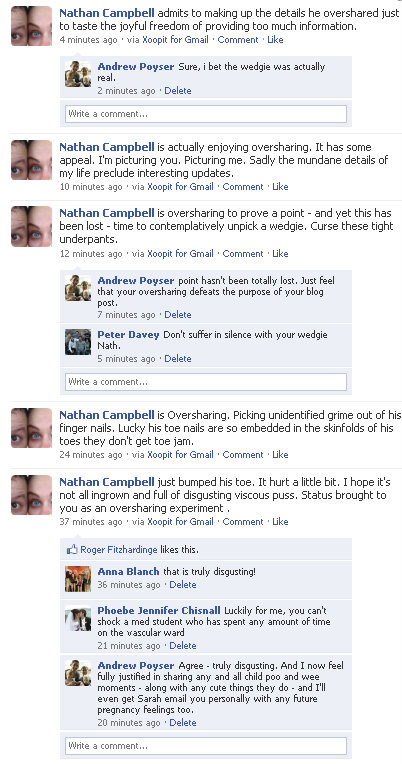 I gave up after a while. I couldn’t handle the heat.

7 thoughts on “Oversharing: If you can’t beat them…”