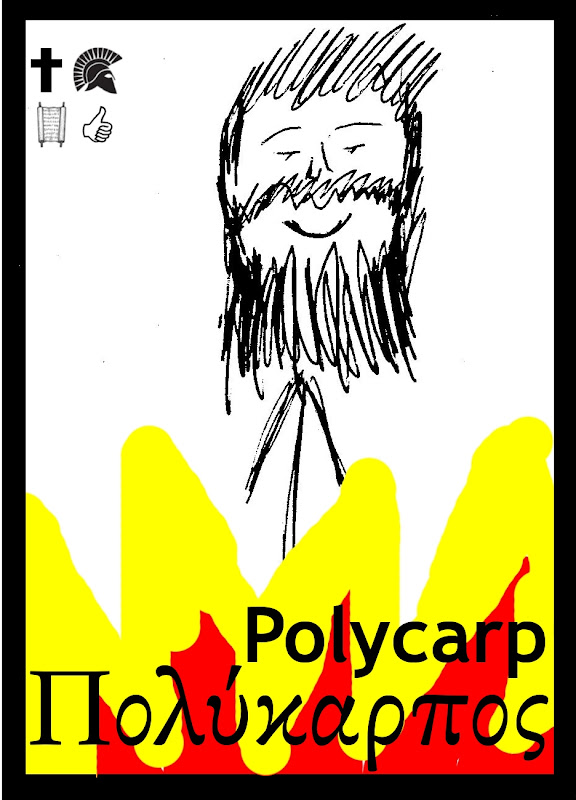 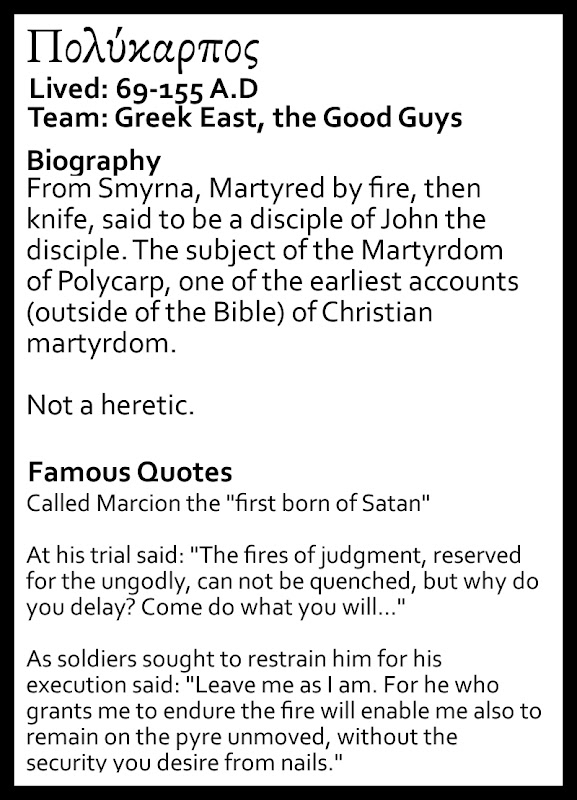 Legend: The Greek helmet means he’s from the Greek East, the cross that he was martyred, the scroll that there’s a primary document about him in our reading list and the thumbs up because he was a good guy.

The cartoonist behind this website is a raving atheist – but mostly a humourous one. Here’s a secular satire that…