I thought about going with a “Turkish Delight” heading for this post, but that pun is too hackneyed even for me. Turkey is amazing, though we have reliable and constant internet access in our hotel, I’ve discovered that hotels are much better for sleeping in than for blogging.

Modern Turkey, at least in the cruise friendly port town of Kusadasi, is very civilised. Except for the countrywide ban on YouTube. 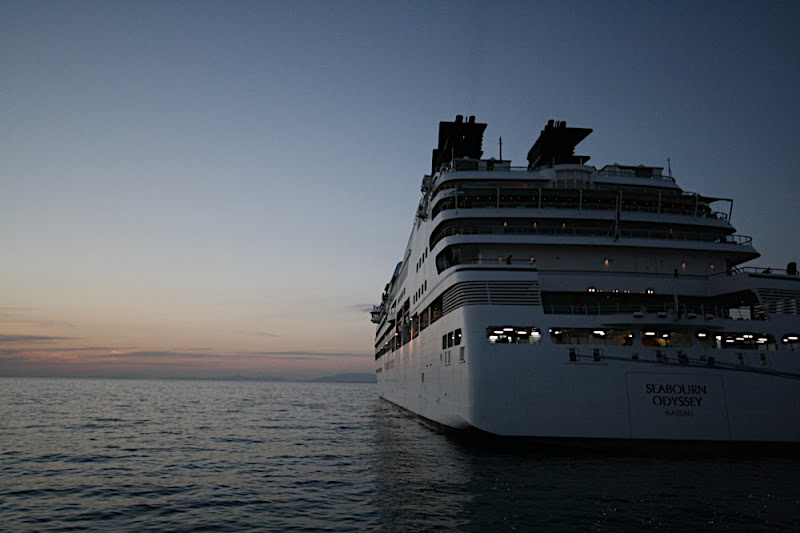 The streets are filled with bazaars in which bargains can be had if you possess a little bargaining nous. I bought some stuff. Cheap stuff.

Ancient Turkey is pretty amazing. Ephesus leaves Corinth in its dust. Corinth might be a Roman colony, laid out in gridlike Roman efficiency (the grid pattern, called centuriation, was designed to reflect the order of creation), but Ephesus is something else. It’s massive. It was once a port, but the landscape has shifted so now there is low lying ground at the entry to the main street. A column laced street that heads directly into town.

The whole way along the road you are confronted by the incredibly well preserved theatre – the theatre that hosted a riot in Acts 19, when Paul’s preaching of a monotheistic God threatened to turn the tables on an idol trade that still thrives in the bazaars and souvenir shops.

23About that time there arose no little disturbance concerning the Way. 24For a man named Demetrius, a silversmith, who made silver shrines of Artemis,(AM) brought no little business to the craftsmen. 25(AN) These he gathered together, with the workmen in similar trades, and said, “Men, you know that from this business we have our wealth. 26And you see and hear that not only in Ephesus but in almost all of Asia this Paul has persuaded and turned away a great many people,(AO) saying that(AP) gods made with hands are not gods. 27And there is danger not only that this trade of ours may come into disrepute but also that the temple of the(AQ) great goddess Artemis may be counted as nothing, and that she may even be deposed from her magnificence, she whom all Asia and the world worship.”

28When they heard this they were enraged and were crying out,(AR) “Great is Artemis of the Ephesians!” 29So the city was filled with the confusion, and they rushed together into the theater, dragging with them Gaius and(AS) Aristarchus, Macedonians who were Paul’s(AT) companions in travel. 30But when Paul wished to go in among the crowd, the disciples would not let him. 31And even some of the Asiarchs,[e] who were friends of his, sent to him and were urging him not to venture into the theater. 32(AU) Now some cried out one thing, some another, for the assembly was in confusion, and most of them did not know why they had come together. 33Some of the crowd prompted Alexander, whom the Jews had put forward. And Alexander,(AV) motioning with his hand, wanted to make a defense to the crowd. 34But when they recognized that he was a Jew, for about two hours they all cried out with one voice,(AW) “Great is Artemis of the Ephesians!”

The theatre would comfortably seat 24,000 people. Having sat through a couple of Wallabies tests and a State of Origin at Suncorp Stadium in Brisbane, which is twice the size, you can get some idea of the noise that 24,000 people engaging in sustained and repetitive chanting would have made.

Evidence suggests the governor’s house was on the hill behind the stadium, which provides an interesting insight into this part of the Acts recount.

35And when the town clerk had quieted the crowd, he said, “Men of Ephesus, who is there who does not know that the city of the Ephesians is temple keeper of the great Artemis, and of the sacred stone that fell from(AX) the sky?[f] 36Seeing then that these things cannot be denied, you ought to be quiet and do nothing rash. 37For you have brought(AY) these men here who are neither(AZ) sacrilegious nor blasphemers of our goddess. 38If therefore Demetrius and the craftsmen with him have a complaint against anyone, the courts are open, and there are(BA) proconsuls. Let them bring charges against one another. 39But if you seek anything further,[g] it shall be settled in the regular assembly. 40For we really are in danger of being charged with rioting today, since there is no cause that we can give to justify this commotion.” 41And when he had said these things, he dismissed the assembly.

Artemis, or Diana (depending on your translation), was a god of many hats, most famous for her role in fertility – a role represented by her physical depiction as a woman with many testicles. That is, apparently, what the bulbs in this picture represent.

Her temple, now rubble, was of a grand scale, though a few kilometres out of the heart of the Ephesian CBD. A solitary pillar survives, there were apparently 127 of them. It would no doubt have been an impressive site decked out and paved in marble.

Everything in these cities is marble. They would have been quite incredible. The facade of a magnificent Ephesian library still adorns the city. It is still impressive now, it basically had a ducted air system to preserve the books.

There are other impressive facades and well preserved buildings throughout the city.

Our time in the houses of Ephesus was well worthwhile – both to see the size and scale of the homes of the first century churches – churches Paul was said to have ministered to during his time in the city – and to see the jigsaw like reproduction project going on on-site. These men are gluing hundreds of thousands of pieces of fractured marble together bit by bit. Matching them by colour and shape.

The houses are decorated with mosaics and painted frescos, they too were largely marble structures until a couple of earthquakes caused a change in production values.

One of my favourite bits of the day was spotting this chameleon.

We spent today in Aphrodisias, which isn’t biblically significant but provided some insight into Roman culture and the prevalence in the daily realities of citizens of the Roman imperial cult. But that’s a story for another day. Normal service should resume on Wednesday.

I preached for the first time as an employee of a church yesterday. It was so big a milestone that…

This is a proud moment for the Campbell family. The first academic paper to be presented by any of our…