It’s the stuff B-Grade Hollywood comedies are made of… a comedian frustrated with the political candidates put forward by major parties starts his own protest party. And then wins. Only, it actually happened. In Iceland. In (if you get the Trivial Pursuit question) the northernmost national capital in the world. Reykjavik. Iceland. 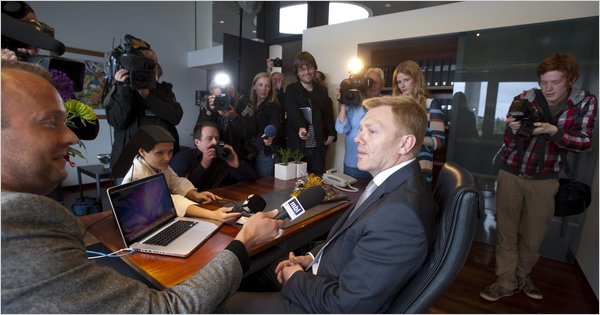 “Last month, in the depressed aftermath of the country’s financial collapse, the Best Party emerged as the biggest winner in Reykjavik’s elections, with 34.7 percent of the vote, and Mr. Gnarr — who also promised a classroom of kindergartners he would build a Disneyland at the airport — is now the fourth mayor in four years of a city that is home to more than a third of the island’s 320,000 people.”

“Mr. Gnarr took office last week, hoping to serve out a full, four-year term, and the new government granted free admission to swimming pools for everyone under 18. Its plans include turning Reykjavik, with its plentiful supply of geothermal energy, into a hub for electric cars.”