No, that’s not some bizarre new inoffensive curse… or at least that’s not my intention. Check this out… 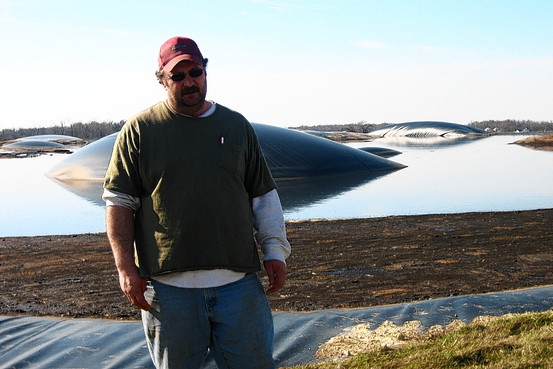 Mr. Goltstein, 43 years old, had moved his wife and their three children from the Netherlands to Winchester, population 4,600, about 90 miles east of Indianapolis. They planned to build a dairy farm with 1,650 cows on 180 acres.

He had installed a black plastic liner to keep the manure from seeping into the ground during the flush days of the dairy business, when prices and demand were growing.

The plastic liner has since detached from the floor of the stinky, open-air pool, and Mr. Goltstein says he can’t afford to repair the liner properly. But he says he’s game to pop the bubbles before the manure pool overflows and causes an even bigger stink.

His neighbors aren’t happy with the plan.

“If that thing back there blows, God help us all for miles,” said Allen Hutchison, whose corn and soybean farm is next door. He and other neighbors worry that puncturing the bubbles could cause an explosion of manure and toxic gases.